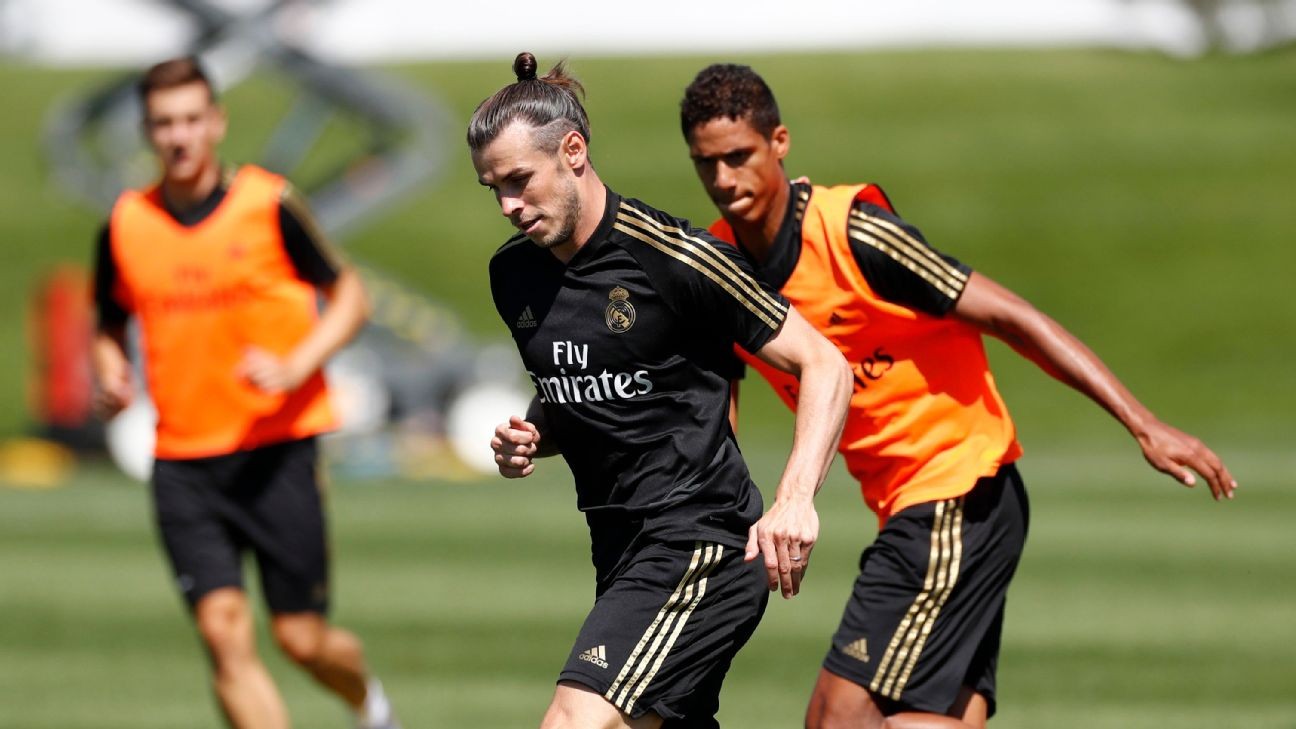 Real Madrid head coach Zinedine Zidane says Gareth Bale didn't feature in their 3-1 loss to Bayern Munich as the club want the Welshman to leave as soon as possible.

Robert Lewandowski scored in Bayern Munich's win vs. Real Madrid, who got a late boost from a brilliant goal by Rodrygo.

Real Madrid would be willing to let Gareth Bale leave this summer to China for free, as they look to unblock a tense situation at the Bernabeu, a source at the club has told ESPN FC.

Zinedine Zidane said it would "best for everyone" if the Wales international left "soon" on Sunday, to which the player's agent Jonathan Barnett responded by calling the Frenchman "a disgrace" -- adding: "If and when Gareth goes, it will be because it is in the best interest of Gareth and nothing to do with Zidane pushing."

To resolve the issue, Madrid are willing to tear up the remaining three years of Bale's contract if he moves to China as a last resort because no European team has made any offer to sign the 30-year-old this summer, the club source said.

Jiangsu Suning and Beijing Guoan are the Chinese clubs reportedly interested in matching Bale's €17 million-a-season net wages -- and getting him off the payroll now would mean a saving for Madrid of around €100m over the next three years.

Barnett would not comment to ESPN FC on whether his client would be open to a move to China. Bale did not feature in the match squad as Madrid began their International Champions Cup schedule with a 3-1 defeat to Bayern Munich in Houston on Saturday.

The Madrid source told ESPN FC that the player had asked not to play while his exit was being managed, and Zidane was "tired" of Bale's behaviour as he had "not focused on anything" during the team's time in North America so far. However, Barnett denied to ESPN FC that a request had been made to sit out the ICC game.

Reports in the media that Bale could move to Paris Saint Germain as part of a swap deal for Neymar are not being taken seriously at the Bernabeu, the Madrid source said.