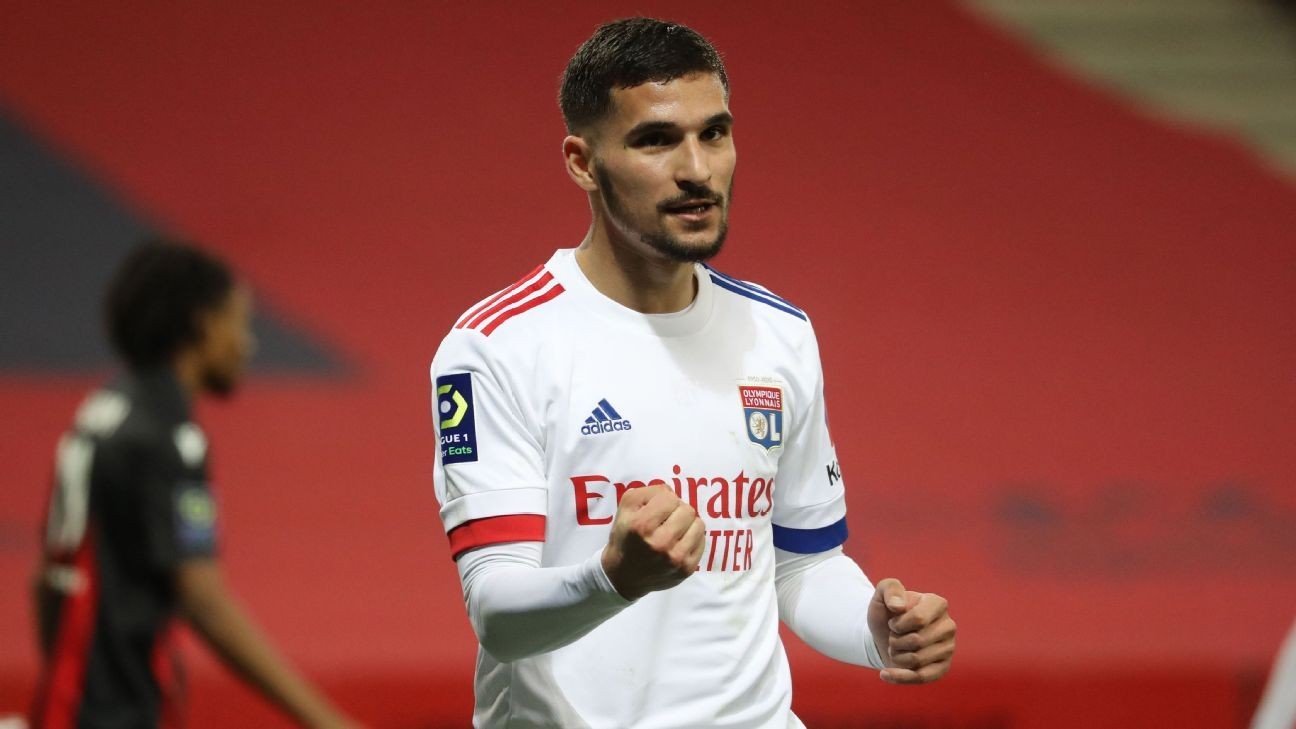 Arsenal's pursuit of Houssem Aouar is set to be complicated by the Lyon midfielder's desire to wait for interest from Real Madrid and Barcelona to materialise this summer before deciding his next move, sources have told ESPN.

The north London club are in the market for a creative midfielder having missed out on Aouar at the end of last season after making just one offer in the region of €35 million for the 22-year-old.

- Stream ESPN FC Daily on ESPN+ (U.S. only)
- Olley: Where did it go wrong for Ozil at Arsenal?
- Auba, Lacazette decide who gets Ozil's No. 10 shirt

That bid was rejected because it fell well short of Lyon's €60m valuation and Arsenal did not return with an improved offer.

Mikel Arteta remains an admirer of Aouar but sources have told ESPN that the player was surprised Arsenal did not make more of a concerted attempt to sign him and although he has not ruled out a move to Emirates Stadium, he is keen to explore other options.

Those may include Madrid and Barcelona, both of whom have extensively scouted Aouar without making a formal offer.

Lyon are reluctant to let Aouar leave this month given they are in the hunt for the Ligue 1 title -- sitting in third place just two points behind Paris Saint-Germain and Lille -- but he is expected to depart this summer.

Aouar will then have just two years left on his existing deal and although Lyon are likely to set a similar asking price, the impact of the coronavirus pandemic could force a reduction in that valuation over the coming months.

Arsenal are short on funds for similar reasons, especially after committing £45m to sign Thomas Partey from Atletico Madrid just four months ago and have focused so far this month on driving down their wage bill with Sokratis Papastathopoulos likely to follow Mesut Ozil and Sead Kolasinac out of the club.

They are, however, scouting other creative midfielder options including Norwich City's Emiliano Buendia, but the Championship club do not want to sell this month and the player is happy to remain at Carrow Road until the summer.

Borussia Dortmund's Julian Brandt is another under consideration but Arsenal are only likely to pursue short-term deals this month with a back-up goalkeeper among their priorities amid concerns Alex Runarsson is not ready for regular first-team action.