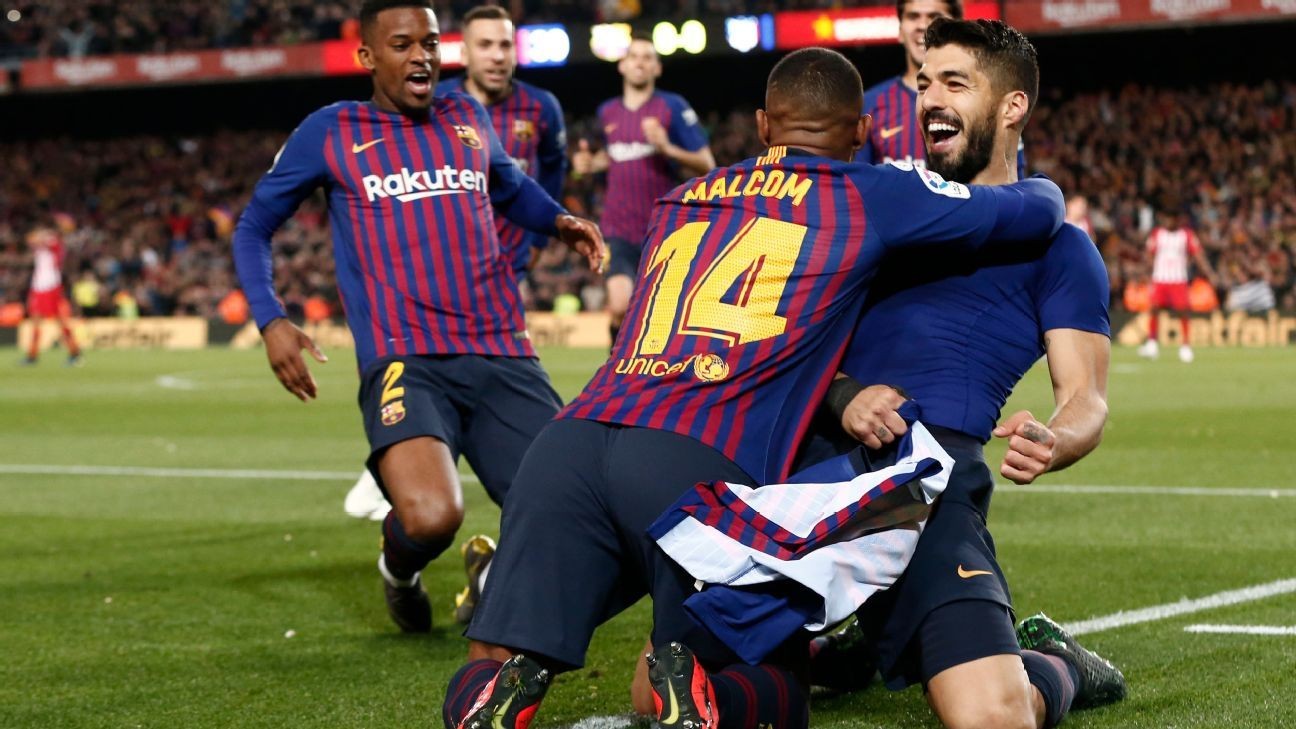 Atletico Madrid are near completion of the signing of Luis Suarez after the striker edged closer to terminating his contract with Barcelona, various sources have confirmed to ESPN.

There's a desire on Atletico's half to announce the deal as soon a possible, but they must first move on Alvaro Morata, who is in talks to join Juventus on loan with an option to buy.

Coach Diego Simeone has been the driving force behind Atletico's move for Suarez, which is dependent on him arriving for free due to the financial implications of the coronavirus pandemic on the club.

Suarez, 33, has one more year to run on the terms he signed with Barca in 2016 but was told by new coach Ronald Koeman last month that he was not part of his plans.

Following that conversation with Koeman, Suarez's legal team have been locked in discussions with Barcelona over the recision of his deal.

Suarez initially wanted the club to pay off the contract in full, while several high-ranking sources at Barca told ESPN they were considering banishing Suarez to the stands for the remainder of his terms if an agreement couldn't be struck.

Koeman did not call him up for any of Barca's friendlies in preseason but said he would look to reintegrate him into the squad if he ended up staying.

However, sources have told ESPN that the two parties are finally close to reaching a middle ground to allow Suarez to leave Camp Nou as a free agent. He will receive a percentage of what is owed from the final year of his deal and will look to make up the rest with his next club.

The Uruguay international has already turned down an offer from Inter Miami CF that would have seen him become the highest-ever earner in Major League Soccer, while interest from Juventus has now cooled.

Sources told ESPN the Italian champions had agreed a deal with Suarez as they looked to replace Gonzalo Higuain, who joined Miami last week, but delays in obtaining Italian citizenship put the brakes on a potential deal. Juve are instead in talks with Morata and Edinson Cavani.

Despite travelling to Perugia last Thursday for a language test to speed up his nationalisation, it's still not certain that Suarez will have an Italian passport in time for the registration deadline for the Champions League next month.

Atletico, meanwhile, have been working behind the scenes on a deal for weeks, with Suarez happy to remain in Spain and keen to work with Simeone.

Suarez joined Barca from Liverpool in 2014 in a deal worth around €75 million and has since gone on to become the club's third-highest scorer of all time with 198 goals.

During his time at the club, he has won 14 trophies, including four La Liga titles and one Champions League.

Barcelona's desire to overhaul their squad and reduce their wage bill following the 8-2 loss to Bayern Munich last month, though, saw him deemed surplus to requirements.