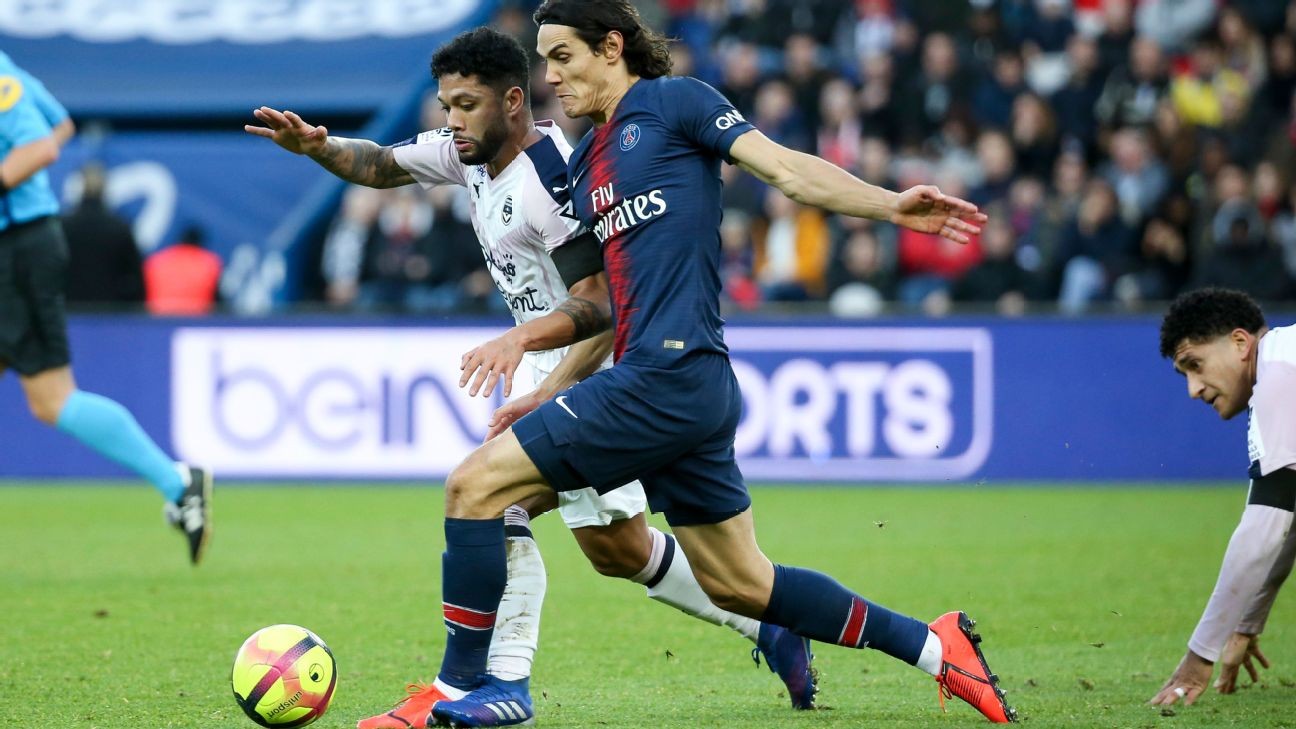 Giannis and the Bucks arrive in Paris for the Hornets game, stopping for a tour of PSG's stadium.

Edinson Cavani is likely to remain with Paris Saint-Germain until the end of this season and the expiration of his contract after Atletico Madrid were unable to meet the €20 million asking price, sources have confirmed to ESPN.

Earlier this week, a deal had looked likely as the Spaniards were confident that PSG sporting director Leonardo would accept €15m with the potential for an additional €3m in incentives -- but that has seemingly collapsed.

According to ESPN sources, the Brazilian transfer guru dug his heels in for the full €20m  and Atletico are unable to reach that sum after their failure to raise funds through significant player sales this month -- notably Thomas Lemar.

PSG would have let Cavani, 32, go this window if Atletico could have gone a little further, but Leonardo was unwilling to compromise, and the Uruguay international's brother and agent has since left Madrid with no deal complete and little time remaining.

Cavani has wanted out all month yet PSG coach Thomas Tuchel hinted on Wednesday after the 2-0 Coupe de France round-of-16 win away at third tier Pau that the capital club's all-time top scorer would be reintegrated for Saturday's visit of Montpellier in Ligue 1 -- if a move had not happened.

That now appears to be the most probable outcome with little time or room left for manoeuvre, leaving Cavani a free agent to join Atletico, or another club, from this summer.

Elsewhere at Parc des Princes, Colin Dagba will miss at least a month of action with a knee injury picked up against Pau, meaning defensive options are thinner, and making Thomas Meunier indispensable at right-back for the time being.

With Layvin Kurzawa's proposed switch with Juventus' Mattia De Sciglio having stalled, PSG are unlikely to do any late business.