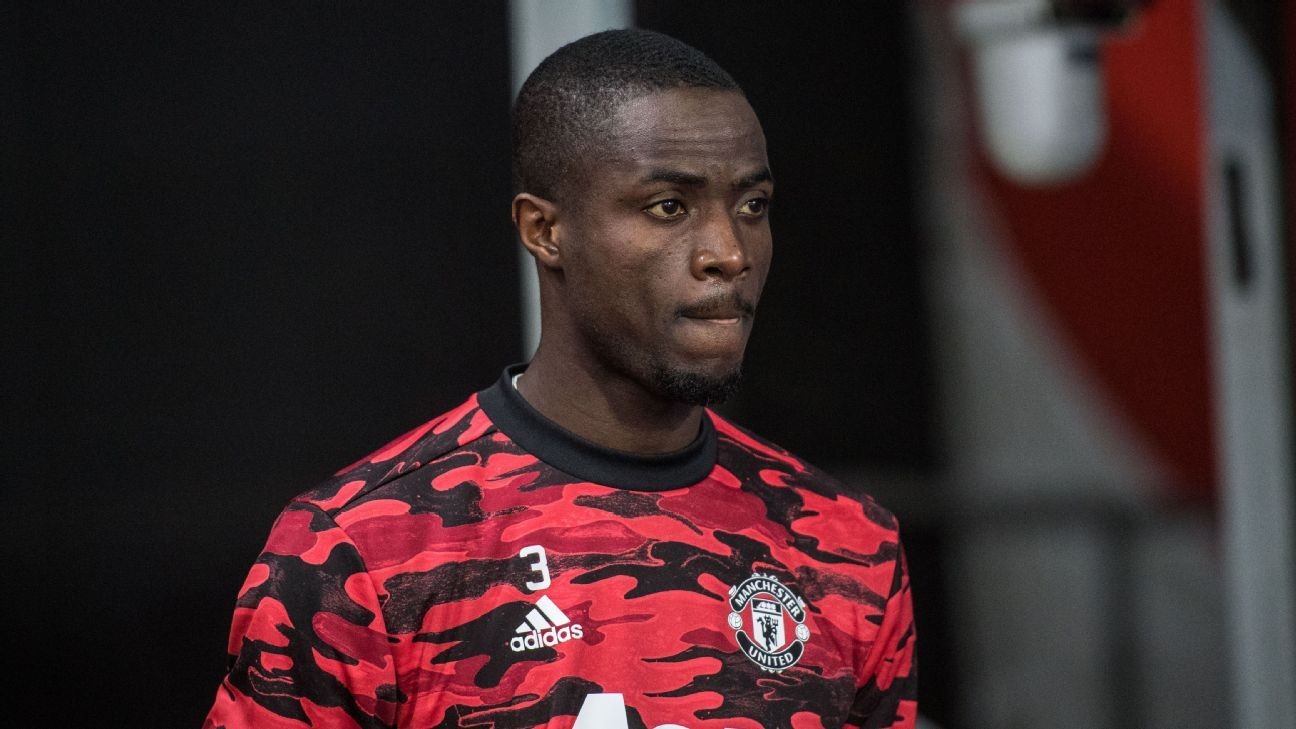 Eric Bailly will seek clarification over his future at Manchester United after they reached a deal with Real Madrid for Raphael Varane, sources have told ESPN.

United have agreed to pay a base fee of £34 million for Varane, plus another £7m in add-ons. The 28-year-old is set to sign a four-year contract with the option of another year after undergoing a medical.

With the addition of Varane, manager Ole Gunnar Solskjaer will have seven centre-backs in his senior squad and sources have told ESPN that Bailly, in particular, is concerned his first team opportunities will be severely limited.

Playing time formed a central part of negotiations with the club which eventually ended in the Ivory Coast international signing a new long-term contract in April. After agreeing fresh terms, Bailly is contracted to United until 2024 with the option of another year.

Injuries and competition for places has restricted the 27-year-old, who is playing in the Olympics with alongside teammate Amad Diallo, to just 106 appearances in five years at Old Trafford following his £30m move from Villarreal in 2016. He featured 12 times in the Premier League last season.

Harry Maguire and Victor Lindelof remain key to Solskjaer's plans while sources have told ESPN that Axel Tuanzebe is set to seek a move -- permanent or temporary -- ahead of the new season. Newcastle United have already registered their interest.

Phil Jones, under contract until at least 2023, has not played a competitive game since January 2020 and has not featured in either of United's two preseason friendlies so far this summer.

Teden Mengi, 19, is rated highly by Solskjaer and is wanted on loan by a host of Championship clubs.

Solskjaer is anticipating playing around 60 games in four competitions next season and is keen to keep four established centre-backs in his squad.

If Ivory Coast reach the gold medal match at the Olympics, Bailly will remain in Tokyo until Aug. 7. United kick off their Premier League campaign against Leeds United at Old Trafford a week later on Aug. 14.