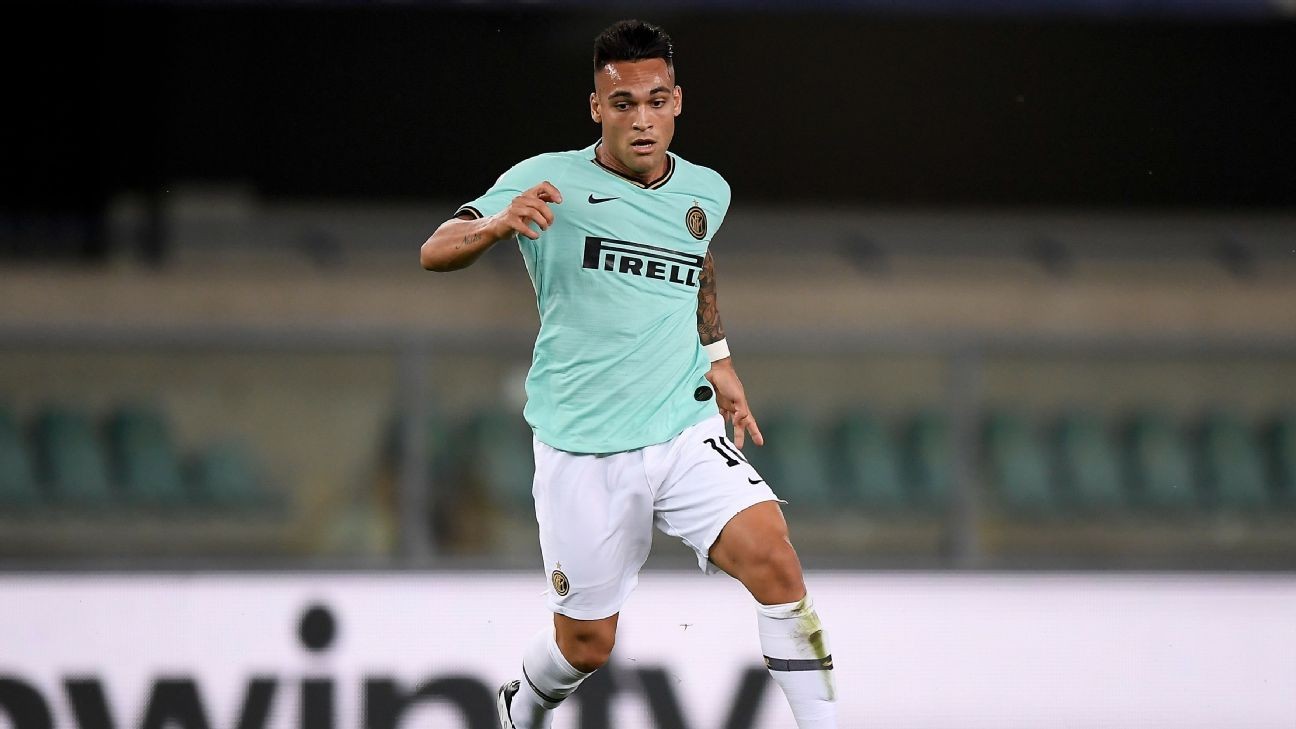 Barcelona have agreed personal terms with Lautaro Martinez for the Inter Milan striker to join the club next season but the signing could depend on selling Philippe Coutinho, sources have told ESPN.

While Martinez, 22, has reached a verbal agreement to move to Camp Nou, any move remains dependent on Inter agreeing to sell the Argentina international.

Negotiations over a transfer are ongoing but have been hampered in recent months by the coronavirus pandemic, which has seen Barca strike €200 million from their budget for next season.

There are also doubts about when a clause in Martinez's contract, which would allow him to leave for €111m, expires, although Barca have never had any intention of paying that much.

The Catalan club had been hopeful of including players in any potential deal to bring the cost down, but sources have told ESPN that Inter would prefer cash.

Therefore, Barca's hopes of landing Martinez this summer hinge on sales, with club-record signing Coutinho pinpointed as the player that could bring in the most money.

Barca are aware they will have to take a big hit on the €160m they paid Liverpool for the Brazilian in 2018, but they remain hopeful of finding a buyer when the season ends despite the uncertainty surrounding the transfer market.

Kia Joorabchian, Coutinho's agent, has said his client would like to return to the Premier League one day, with sources close to the player confirming there is interest in England even if there have been no firm bids so far.

UCL draw: Bayern set for Barcelona in QFsMessi has masterminded Griezmann's resurgence by making him 'one of the gang'

Barca will also look to sell other players to raise funds this summer, with Nelson Semedo and Ivan Rakitic among those they are open to offers for. Ousmane Dembele is another player with an uncertain future at the moment but his injury history is off-putting for interested parties.

Sources have told ESPN that Coutinho, who is on loan at Bayern Munich until the conclusion of the Champions League, is seen as the key to landing Martinez.

Barca have already announced the signing of Juventus midfielder Miralem Pjanic for €60m for next season, with Arthur Melo moving in the other direction for a fee that could rise to €82m.

Barca president Josep Maria Bartomeu said in an interview with RAC1 this week that any further signings will either be dependent on sales or as part of swap deals.