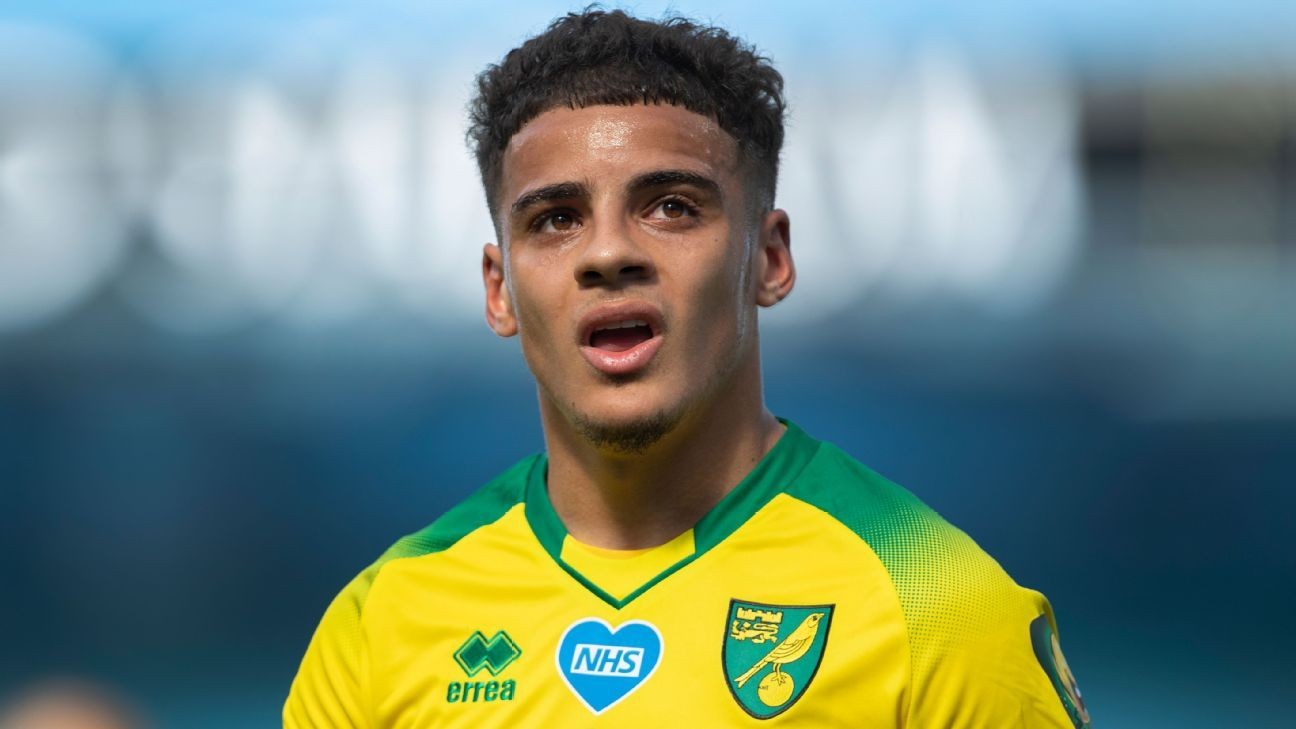 Barcelona have had two bids rejected for Norwich City defender Max Aarons as they look to replace Nelson Semedo, sources have confirmed to ESPN.

Barca first made contact with Aarons' agents over a transfer in May and have already agreed on personal terms with the right-back.

However, they have been unable to strike a deal with Norwich, with an initial offer to take Aarons on loan with an option to buy next summer for around €20 million knocked back by the Championship club.

A second offer has also been turned down but sources told ESPN that Barca haven't completely given up hope of landing the England under-21 international yet after making him their No.1 full-back target.

Sources at the Catalan club have told ESPN that Semedo could leave in the next week, with talks at an advanced stage with a Premier League side.

Barca hope to sell Semedo for over €30m. They plan to re-invest that money on a younger right-back to compete with Sergi Roberto this season.

Aarons, 20, has emerged as their preferred option but they are also managing a number of alternatives in case they are unable to find a breakthrough in negotiations with Norwich.

Ajax defender Sergino Dest has also been followed by Barca for a while and is another name on the table if Semedo is sold in the coming days.

In the case of both Aarons and Dest, Barca face competition from Bayern Munich. Sources close to the United States international have told ESPN that the Bundesliga champions are in pole position.

That would clear the way for Barca to move for Aarons, although they have also sounded out the chances of doing deals for Arsenal's Hector Bellerin and Manchester United's Diogo Dalot.

Barca could still push ahead with signing a full-back even if Semedo stays. However, they cannot buy until they offload players, which is why they initially proposed a season-long loan when negotiating for Aarons.