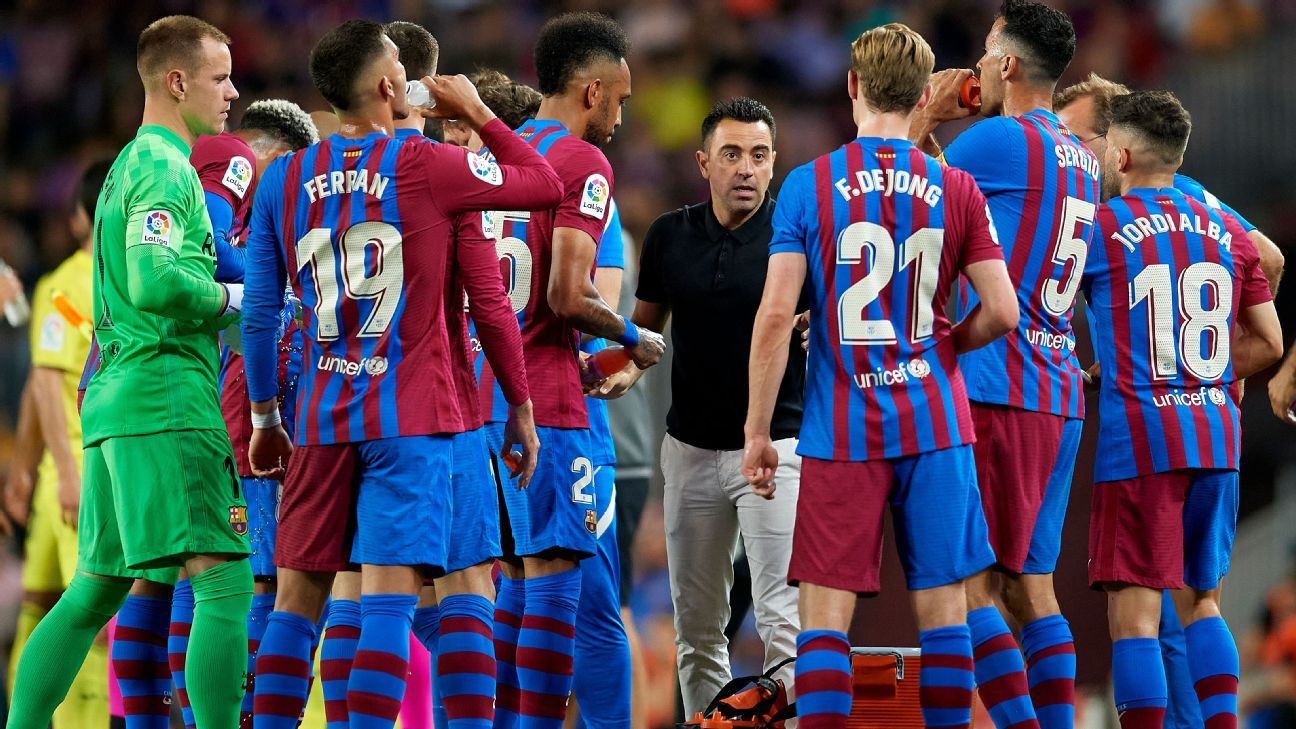 Barcelona hope selling another 15% of their domestic television rights will give them a €200 million transfer kitty this summer, sources have told ESPN.

Barca sold 10% of their rights to Sixth Street on Thursday for €207.5m to ensure they did not end the 2021-22 season with losses, but have permission from members to sell up to 25% percent.

Sources say Barca believe they can sell the other 15% for as much as €400m, which could help them fund moves for Raphinha, Robert Lewandowski and Jules Kounde.

- ESPN's Notebook: The inside stories from around the world
- Preseason schedule: When, where, who Europe's top clubs will play
- Barcelona unveil new gold away kit inspired by Olympic glory
- LaLiga 2022-23 schedule: What the fixture list reveals
- Don't have ESPN? Get instant access

Barca's gross debt still stands at around €1 billion and they are operating within a LaLiga salary limit of -€144m, which is the only negative cap in the league. The limits will be updated later this summer.

However, despite that panoramic, the Catalan club are pressing ahead with commercial deals, player departures and wage adjustments to help give coach Xavi Hernandez the signings he has asked for.

Sources have told ESPN that Barca have this week tabled a €50m bid plus add-ons for Leeds United winger Raphinha, who is also drawing interest from Chelsea.

ESPN revealed earlier this week that Leeds had accepted an offer for Raphinha from Chelsea in excess €60m, with Barca's financial situation making it difficult for them to match that fee.

Raphinha's agent, former Portugal midfielder Deco, has been in Barcelona throughout the week, though, as the club try and come up with a formula to meet Leeds' valuation.

Barca's latest offer is heavy in installments, while Chelsea are willing and able to pay a bigger percentage of the fee upfront, which Leeds prefer.

But personal terms have already been agreed between Raphinha and Barca and sources say the Brazil international is ready to wait for the Blaugrana to get their finances in order -- even if that means another six months or even a year with Leeds.

Meanwhile, Barca made a third offer for Bayern Munich striker Robert Lewandowski this week with the total package worth over €40m.

Sources close to the Catalan club say they have "kept their word" to the Poland international by offering that much and remain hopeful that Bayern, who have so far been reluctant to negotiate, will come to the table in the coming weeks.

Sevilla centre-back Kounde is another target, with Xavi especially keen to further strengthen in defence following the signing of Andreas Christensen on a free transfer.

Barca are hopeful of negotiating a fee of around €45m for the France international, although Sevilla want closer to €60m.

However, in addition to cash injections through commercial deals, Barca also have to reduce their wage bill and lighten their squad to make any of these deals happen.

Defender Clement Lenglet is expected in England over the weekend to finalise a move to Tottenham Hotspur, while the club are also looking for new homes for Samuel Umtiti, Oscar Mingueza and Riqui Puig.

Negotiations remain ongoing with Manchester United for Frenkie de Jong, with a broad agreement reached earlier this week, although Chelsea are also monitoring the Dutch midfielder.

Chelsea's interest has not yet translated into anything firm, though, and sources say the player would still prefer to stay at Camp Nou.