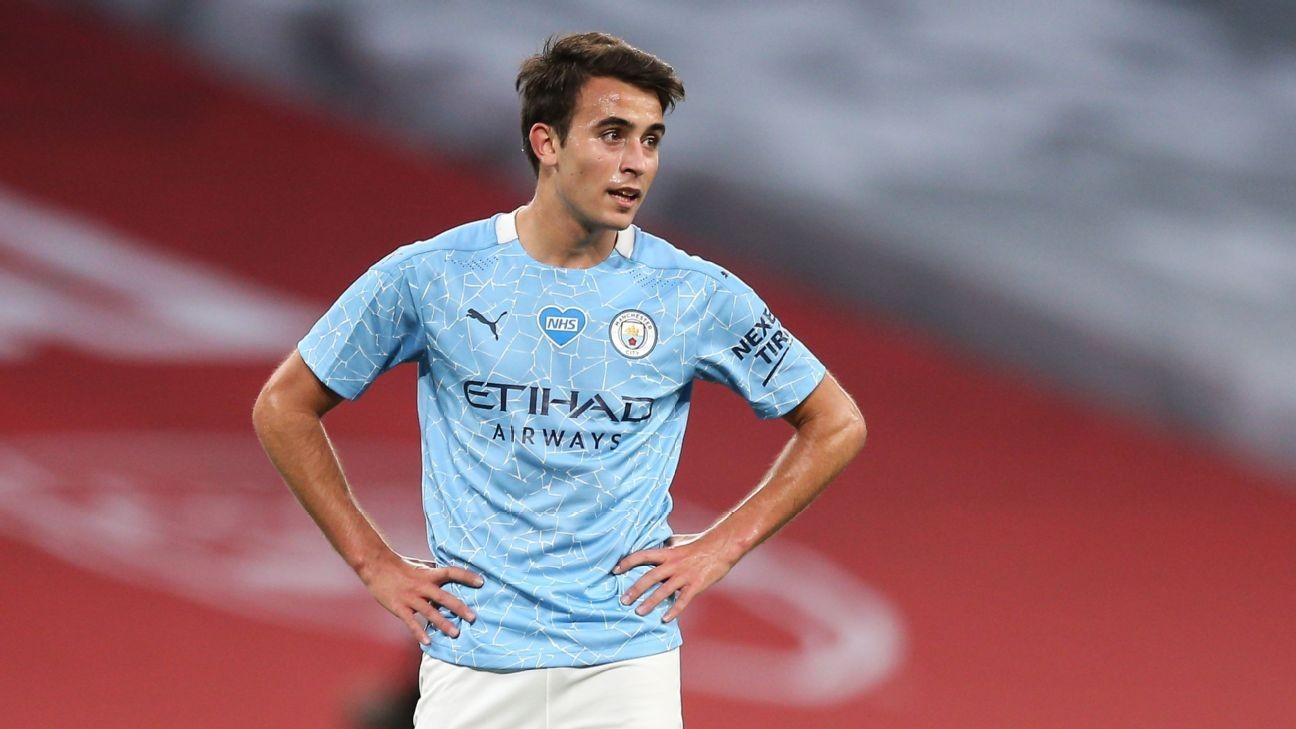 Barcelona will try to re-sign Manchester City defender Eric Garcia this summer but sources have told ESPN the club are unlikely to pay in excess of €15 million for a player who is out of contract next summer.

Barca would prefer to bring Garcia in during the transfer window but face a number of obstacles when it comes to getting a deal over the line.

Their transfer budget has been wiped out by the coronavirus pandemic and they will only be able to spend on transfers what they make in sales, while they must also make space in the squad by moving on Samuel Umtiti and Jean-Clair Todibo.

ESPN first reported Barca's interest in re-signing Garcia, who left the club for Man City in 2017, on June 2. City have subsequently tried to persuade Garcia to commit to a new deal, with his existing terms expiring in 2021, but Pep Guardiola confirmed last week that the 19-year-old has decided not to extend his contract.

Barca have not yet made contact with City about Garcia and only plan to do so once the Champions League, which both teams are still involved in, reaches its conclusion.

While Barca value Garcia at around €15m, sources told ESPN Man City feel he is worth €30m despite the fact he could walk away for free in 2021.

Barca president Josep Maria Bartomeu has led the pursuit of Garcia and has been speaking to those closest to the player for months in a bid to manoeuvre a return.

Barca have been unhappy with Umtiti since he refused to have an operation to fix a knee problem in 2018 and are encouraging bids for the defender, while Todibo is drawing interest from Portugal, England and France.

Even then, though, another source at Barca told ESPN they do not expect City to make it easy for them when talks begin, having described the relationship between the two clubs as "cordial but not excellent" and highlighting a number of past incidents.

City have taken several youngsters from Barca in recent seasons -- including Garcia -- and the two clubs are in dispute over City's move for Juan Larios, a promising left-back who came through Barca's academy.

The English side also pipped Barca to the signing of Brazilian youngster Yan Couto earlier this year, signing the right-back from under Barca's noses when they thought they had a deal wrapped up.

If they can't agree a fee with City this summer, Barca will have to wait until January, when they can sign a precontract agreement with Garcia as he moves into the final six months of his deal.