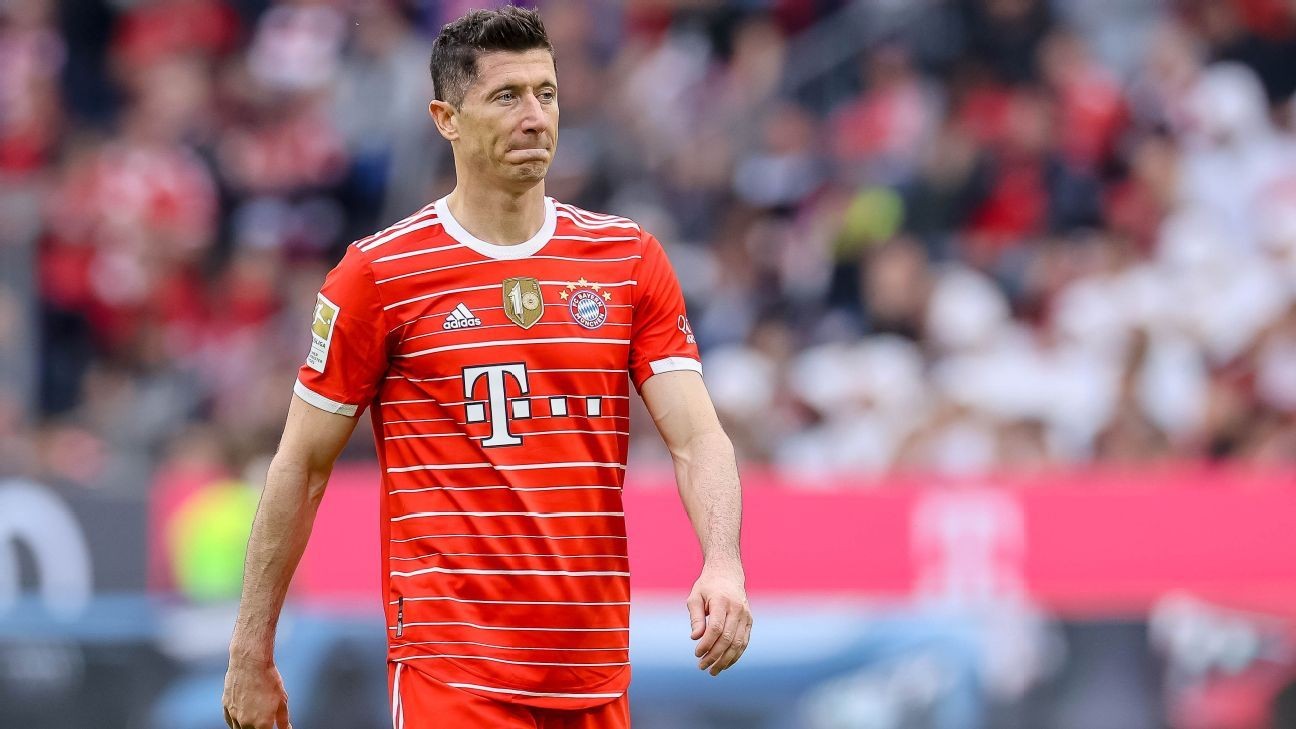 Barcelona have made a third bid worth more than €40 million for striker Robert Lewandowski but have received no response from Bayern Munich, sources have told ESPN.

Lewandowski, 33, said in May that his "story at Bayern is over" and wishes to leave the club he enters the final year of his contract, which expires in 2023.

Barca have made the Poland striker their top target this summer, with coach Xavi Hernandez confirming in May that he was hopeful of completing a deal. However, the Catalan club have so far failed to get Bayern to engage in negotiations over a potential transfer.

Sources told ESPN last week that Barca's opening bid did not reach €40m, but their latest offer is worth over that amount, including the fixed fee and add-ons.

Bayern chief executive Oliver Kahn has publicly insisted that they plan to keep Lewandowski and that he is expected back in for preseason training on July 12. Meanwhile, former Bayern president Uli Hoeness has warned Barca not to bother making any more approaches.

"I don't know anything about a new offer, but as things stand in Munich, what I have heard is that Barcelona should save themselves the effort of making another offer," Hoeness said on Wednesday.

"I don't make the decisions, but Bayern's words were clear. They said that Robert should honour his contract with Bayern Munich.

"I can't imagine that there is any amount of money that would make them change their mind."

Lewandowski said in May that he wishes to leave Bayern Munich this summer. Roland Krivec/vi/DeFodi Images via Getty Images

Lewandowski, who has scored 344 goals in 375 games with Bayern, remains on holiday in Spain with his family.

On Wednesday, photographs revealed both he and Barca coach Xavi were at Lio, an exclusive port-side club on the island of Ibiza.

Barca's transfer plans this summer hinge on being able to complete a series of commercial deals.

They hope to announce the sale of 10% of their LaLiga television rights on Thursday for around €200m, before the financial year closes, and are working on operations to sell a 49.9% stake in their merchandising rights and a further 15% of their television rights.

They are also working on several player departures to help reduce the wage bill and make room for potential signings.