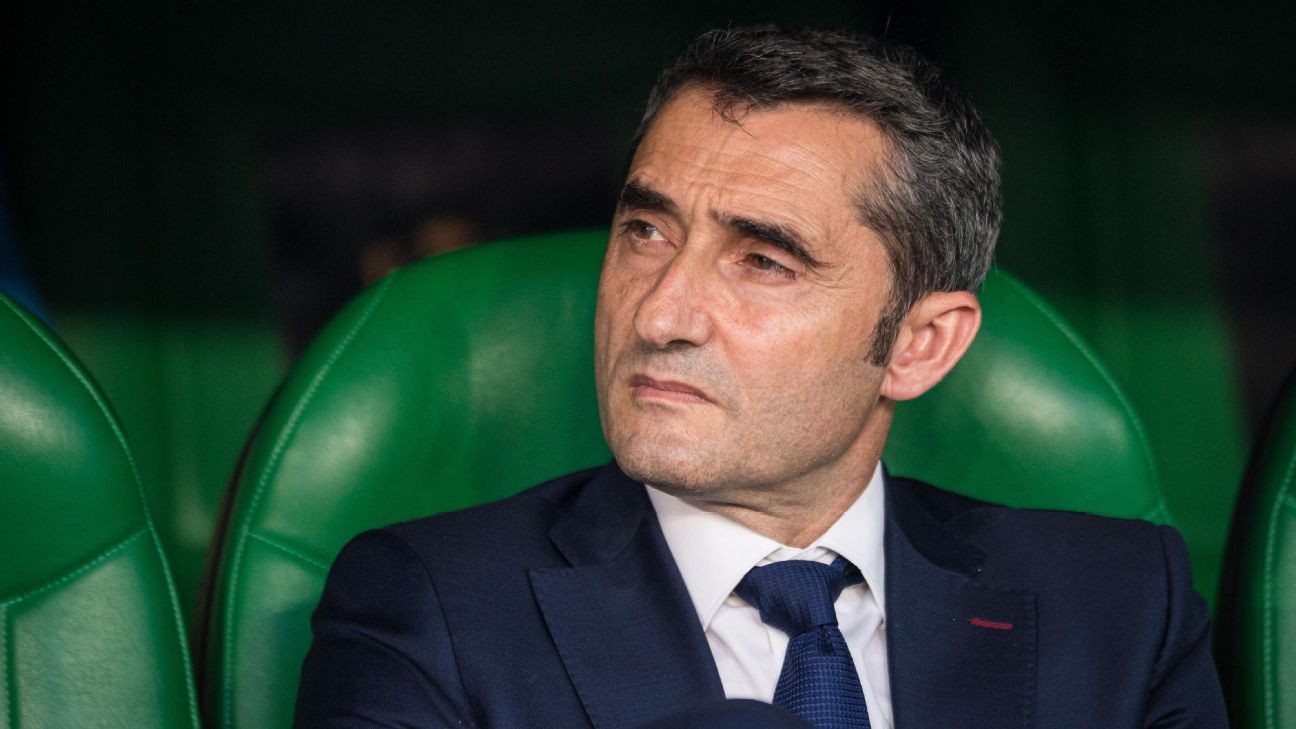 Sid Lowe shares the latest on Antoine Griezmann's links to Barcelona, and his hunch the dressing room would prefer Neymar return than bring in the Atleti star.

Barcelona hope to bring in at least €60 million in player sales before June 30 with the aim of balancing their accounts for the 2018-19 season, sources have told ESPN FC.

Ernesto Valverde would like to add three or four new players to his squad this summer but has been warned that the club's delicate financial situation dictates that players must be sold to allow others to join.

Sources told ESPN FC after the Champions League loss to Liverpool that Barca have made record signing Philippe Coutinho available for transfer and are now hoping he has a good Copa America for Brazil as they look to get €100m for his services.

Ivan Rakitic and Samuel Umtiti also know Barcelona will study offers for them if they arrive as they look to raise close to €300m before next season starts, although both players have expressed their desire to stay at the club.

But sources have told ESPN FC that it's the fringe players who the club are desperately looking to move on before the end of the month.

The Spanish champions have already committed to paying an initial €75m for Ajax's Frenkie de Jong. They are also keen on Antoine Griezmann -- who has told Atletico Madrid of his desire to leave and will be available for €120m from July 1 -- and Matthijs de Ligt.

Barca have an agreement in place with Ajax to sign De Ligt but are yet to strike a deal with the player. They will re-open contact with his agent, Mino Raiola, this week, but believe Paris Saint-Germain are currently best placed to land the Dutch defender. Signing De Ligt would push Umtiti closer to the exit door.

Andre Gomes could be the first to leave. The Portugal midfielder has several suitors in England after spending the last year on loan at Everton. He has already rejected an offer from West Ham with Everton keen to make his stay permanent. Barca are confident of obtaining around €30m for him.

Barca are seeking new homes for Denis Suarez, Rafinha, Malcom and Jasper Cillessen, too. Valencia and Atletico Madrid have enquired about Denis, while Cillessen has asked to leave in search of regular football. The Catalan club are demanding €30m for the Dutch goalkeeper.

The club believe they can recoup the €40m they paid Bordeaux for Malcom last summer. The Brazilian has had limited opportunities in his first season at Camp Nou and his agents have told ESPN FC they will meet with Barca soon to discuss the options.

Elsewhere, Barca are also looking to make money on left-back Marc Cucurella. Eibar have taken up an option to sign him for €2m after a successful loan spell but the Blaugrana can re-sign him for €4m. They are planning to buy him back and then sell him for a bigger fee, with clubs in Spain, Portugal and Germany all asking about the academy graduate.

Atletico have shown an interest in Nelson Semedo, too, but Barcelona do not want to sell. The Portugal right-back is tied down with a release clause of €100m, but sources at the club said that if a sky-high offer came in, they would have to consider it.