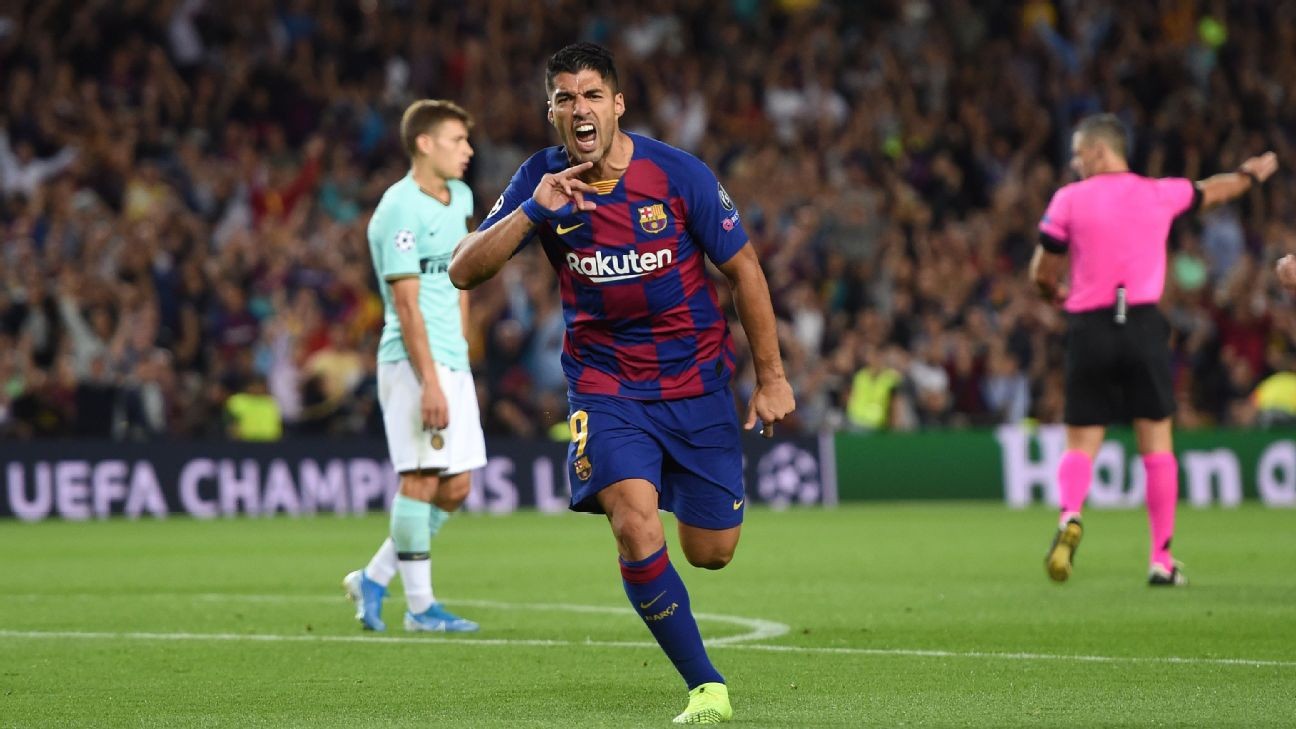 Janusz Michallik questions whether Ernesto Valverde has much time left at Barcelona after their loss vs. Levante.

Barcelona are facing a Luis Suarez dilemma with sources telling ESPN FC they would be unsure what to do should the Uruguayan striker receive a concrete offer from Major League Soccer.

Suarez's international teammate Nicolas Lodeiro, who plays for Seattle Sounders, revealed this week that the Barca frontman is keen to move to MLS when his time in Spain is up.

"I think you need to convince Barcelona [because] he wants to come to MLS," Lodeiro said. "He is always asking me about the league. His dream was to play for Barcelona. He's playing at a great level and he feels comfortable there.

"Sooner or later he'll come to MLS, though. Well, hopefully. He likes the league. He's always asking me things about it. I think it's only a matter of time before he's out here."

There's acknowledgement at Camp Nou that Suarez, who will turn 33 in January, is no longer the player they signed from Liverpool for €75 million in 2014.

However, he remains one of the best No. 9s in the game and has scored eight goals in 12 appearances this season.

Barca have spent the best part of 18 months looking to sign a striker to provide competition for Suarez, with the aim of eventually replacing him in the side.

They have yet to be convinced by what they have seen, though, and pulled out of a move for Luka Jovic, who ended up at Real Madrid, last season.

They continue to scan the market for a new centre-forward but are struggling to find someone who fits the bill.

Sources said that Suarez's relationship with Lionel Messi is also something the club would have to consider if an offer came in.

The two are close friends off the pitch and Suarez is one of the players Messi trusts on it.

Barcelona do not want to let him leave for free, either, which could complicate things for MLS sides who don't have pedigree when it comes to paying transfer fees.

He has a contract until 2021 and they believe they could still command a decent price for him -- albeit nothing like the type of money they paid for him five years ago.

However, the sources add that, if Suarez were to push for a move, the club would be open to letting him go in the right circumstances.

It would massively help balance the club's ever-expanding wage bill if he were to leave, which is viewed as a big positive.

Inter Miami, the franchise owned by David Beckham which will join MLS next year, have been regularly linked with a move for Suarez, who recently became the fourth top scorer in Barca's history.

Only Messi, Cesar and Laszlo Kubala have scored more than his 185 goals.