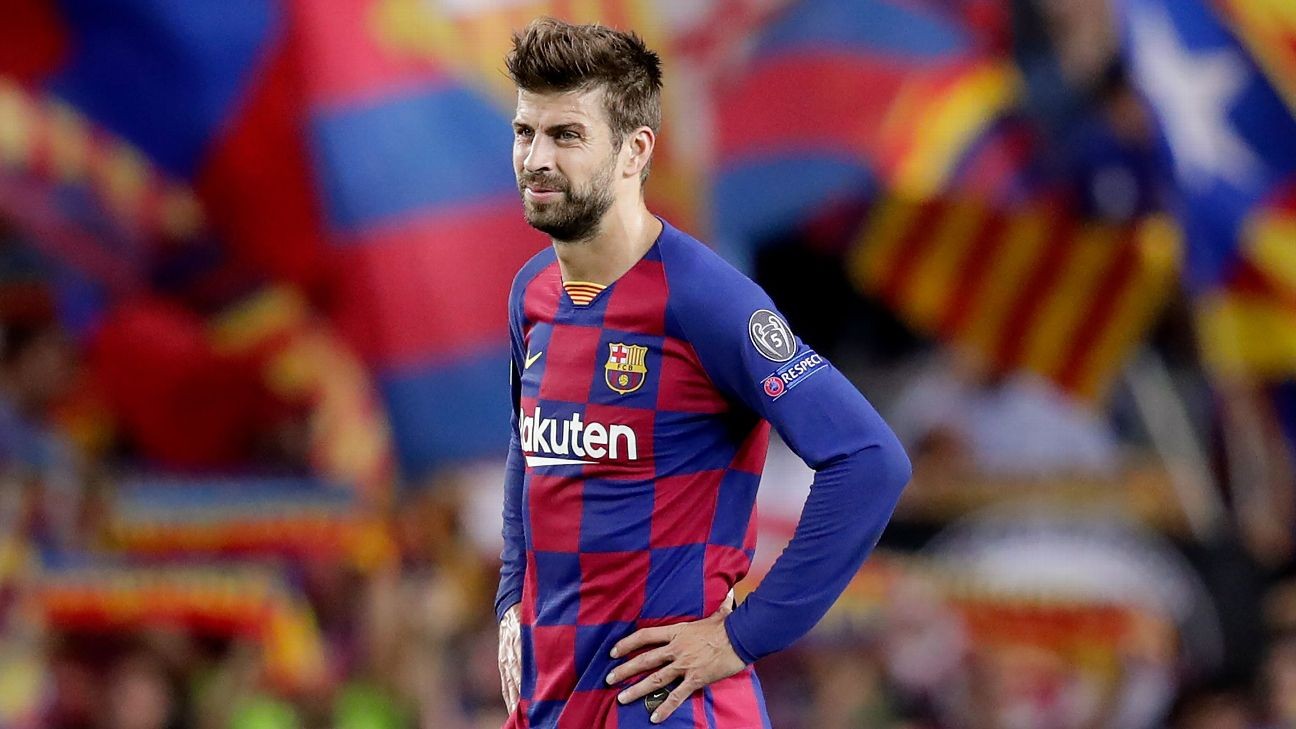 Alejandro Moreno examines the players Barcelona may have to sell to get their books in order.

Steve Nicol weighs in on the rumours Barcelona may try to swap Antoine Griezmann for PSG's Neymar.

Sources have confirmed to ESPN FC that Pique was "close" to adding County -- who play in the National League, the fifth tier of English football -- to his growing number of businesses away from Barca.

Pique's Kosmos Global Holding group held talks with County's former owner Alan Hardy in London earlier this year. However, with a court date pending over an unpaid tax bill, Hardy was forced to accept an offer from Danish brothers Alexander and Christoffer Reedtz at the end of July.

Pique, 32, has already taken over FC Andorra, who compete in the Spanish pyramid system. The centre-back purchased the club in January and oversaw promotion from the fifth tier to the fourth tier inside six months.

However, due to CF Reus' financial problems, Andorra have been able to skip the fourth tier and are currently top of their group in the third tier of Spanish football. They are in the same division as Barca B, with both teams competing to win a place in the Segunda Division next season.

Sources add that the ex-Spain international remains keen to add to his portfolio of clubs following his unsuccessful move for Notts County.

Through Kosmos, Pique has also ventured into tennis, where his plans to reform the Davis Cup were passed by the International Tennis Federation last year. The first edition of the revamped tournament will be held in Madrid next month as part of a 25-year deal.

Pique launched Kosmos with Hiroshi Mikitani, the founder of Japanese e-commerce company Rakuten, which sponsors Barcelona. His Barca teammate Lionel Messi and American technology billionaire Larry Ellison are among the investors in the sports, media and entertainment firm.

Meanwhile, Barca are set to be without Ousmane Dembele for the Clasico against Real Madrid at the end of the month.

The Royal Spanish Football Federation have announced that the France forward will serve a two-game suspension for the red card he received at the weekend when he told referee Mateu Lahoz he was "very bad."

Defender Ronald Araujo has been handed a one-game ban for getting sent off in the same game. Barca will appeal both suspensions.