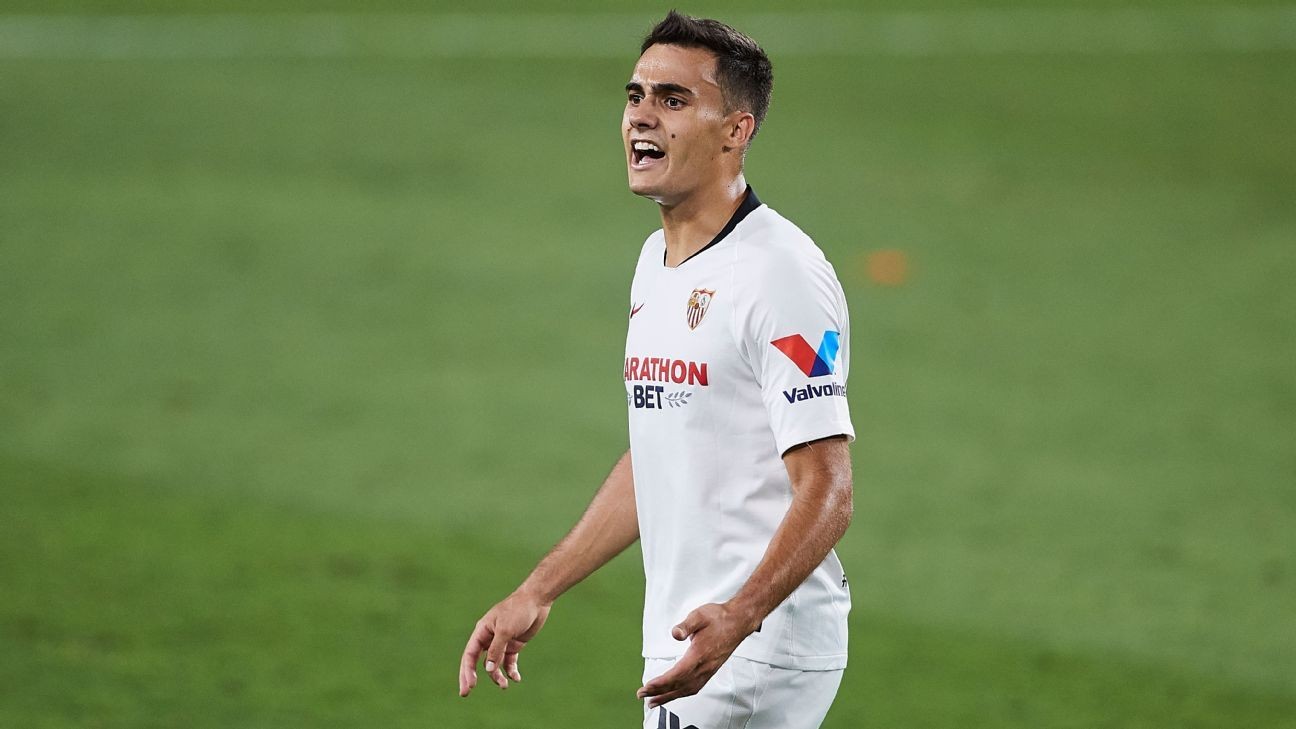 Real Madrid left-back Sergio Reguilon is in talks to join Chelsea, with discussions already at an advanced stage, sources have told ESPN.

The defender, 23, has attracted interest from a number of top European clubs after impressing in La Liga this season on loan at Sevilla.

Chelsea's No. 1 left-back target this year has been Leicester's Ben Chilwell, but negotiations have proved difficult. Manchester United, Tottenham Hotspur and Inter Milan had all made inquiries about Reguilon this summer, but multiple sources have told ESPN that Chelsea are now favourites to land him.

Discussions are ongoing as to whether the deal would be a loan move or a purchase for a fee of around €25 million.

The Real Madrid youth product broke into the first team in the 2018-19 season with Santiago Solari as coach, replacing the veteran Marcelo in the starting XI.

When coach Zinedine Zidane requested the signing of Ferland Mendy from Lyon in the same position last summer, the decision was taken to send Reguilon to Sevilla on loan.

He has emerged as one of the best full-backs in La Liga this year, becoming an undisputed starter under former Real Madrid boss Julen Lopetegui, and helping the team finish in the Champions League places.

Sevilla were also keen to keep him, but sources have told ESPN the player prefers to test himself with a new challenge in the Premier League.

Reguilon is now represented by Kia Joorabchian -- agent to Philippe Coutinho and Willian among others -- who is leading talks alongside Reguilon's long-term adviser Borja Couce.

Frank Lampard has been keen to find a left-sided alternative to provide competition for Marcos Alonso, with Chilwell previously the leading candidate.

Like Alonso, Reguilon is known for being a fiercely competitive character, as well as for his attacking instincts, pace and final ball.