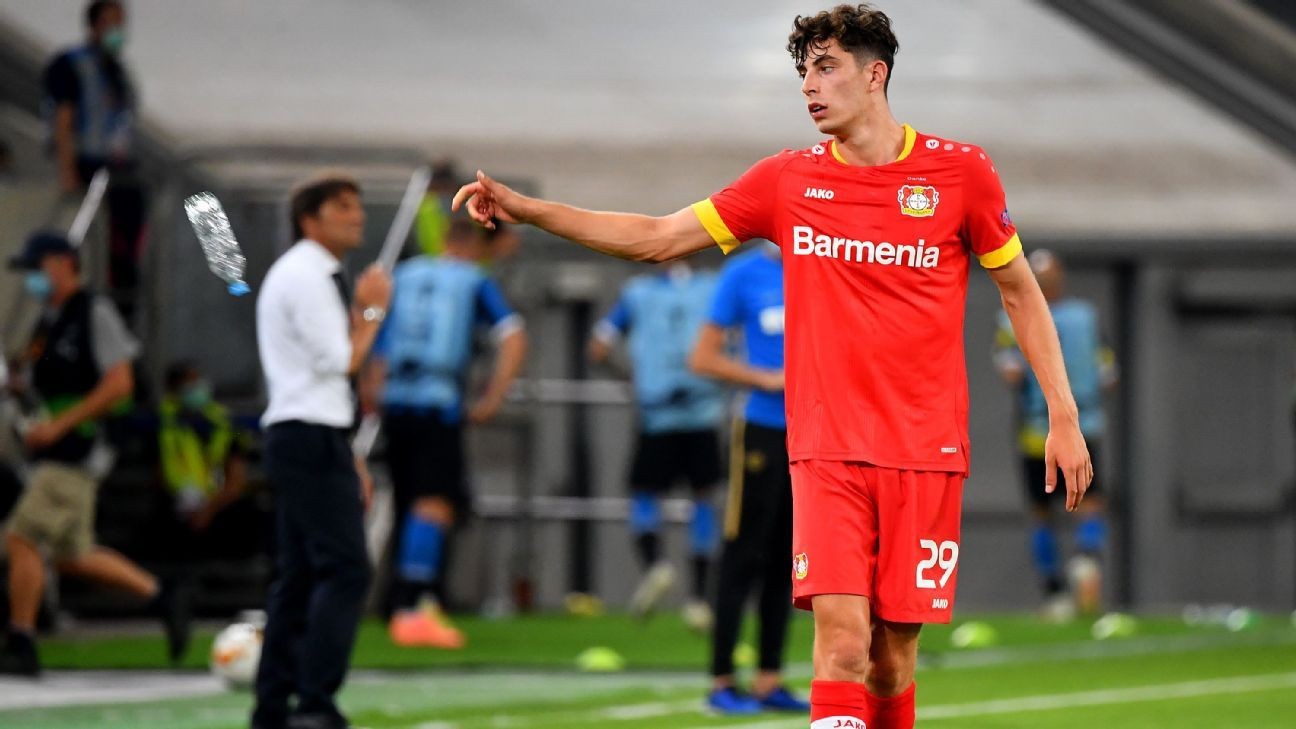 Chelsea will look to step up their pursuit of Kai Havertz in the coming days after Bayer Leverkusen were knocked out of the Europa League, sources have told ESPN.

The Stamford Bridge side were ready to negotiate late last month after their qualification for next season's Champions League was confirmed on the final day of the Premier League season but Leverkusen delayed talks.

The Bundesliga club wanted to guard against any distractions but Monday's 2-1 defeat to Inter Milan -- in which Havertz scored - ended their campaign at the quarterfinal stage.

Chelsea are reluctant to meet Leverkusen's £90 million asking price and have been confident for some time they can agree a fee in the region of £70-£75m.

Sources have told ESPN That technical and performance advisor Petr Cech is playing an active role in discussions with Havertz keen on a move to Stamford Bridge and Leverkusen increasingly resigned to losing the 21-year-old.

However, the clubs remain far apart in their respective valuations of the player ahead of further talks expected to take place soon.

Chelsea head coach Frank Lampard has already signed Hakim Ziyech from Ajax and Timo Werner from RB Leipzig and views Havertz as the final piece in a remodelled attack which will also feature Christian Pulisic after the United States international's impressive debut season in England.

Chelsea are expected to turn their attentions to remodelling their defence with Lampard focused on signing a left-back. Leicester City defender Ben Chilwell is their top target but the club are also keeping tabs on Ajax's Nicolas Tagliafico and Real Madrid's Sergio Reguilon.