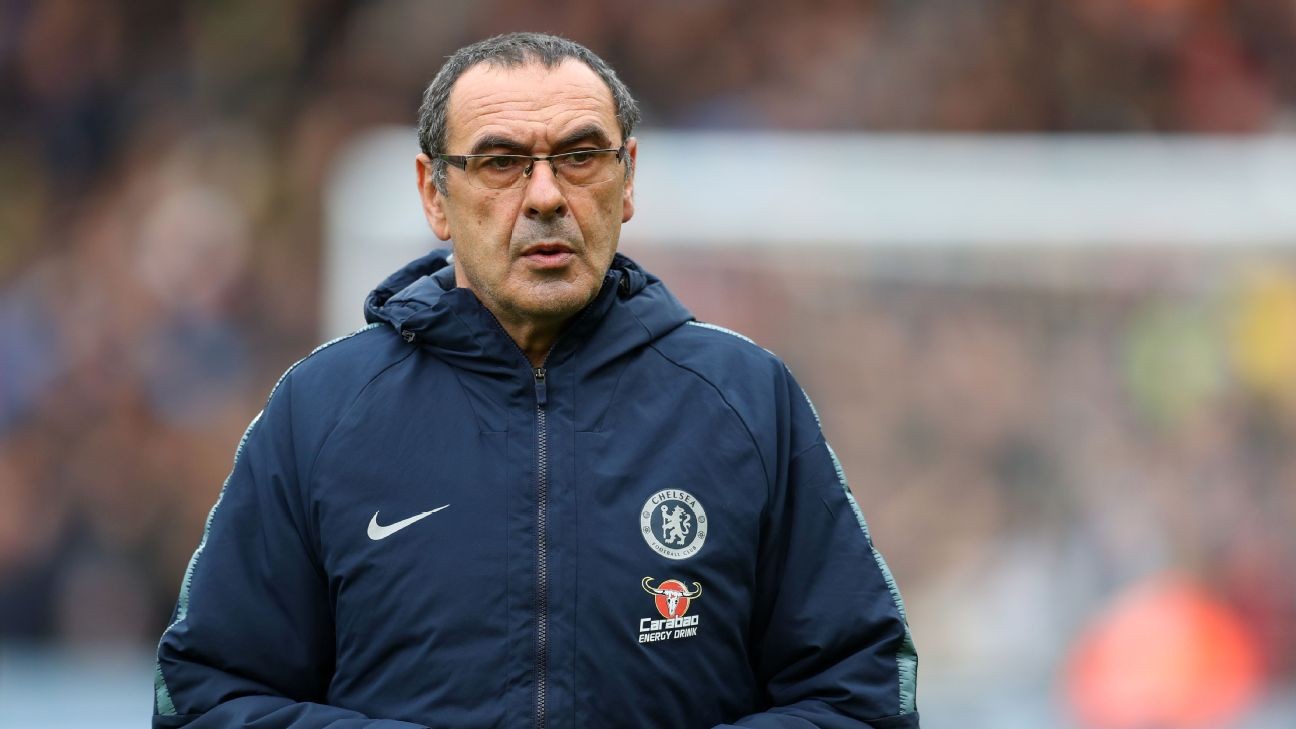 ESPN FC's Gab Marcotti reacts to the news that Massimiliano Allegri will leave Serie A champions Juventus at the end of the season.

LONDON -- Juventus will be forced to pay up if they want to make Maurizio Sarri their next coach with Chelsea not minded to sack the Italian regardless of whether or not he wins the Europa League final, sources have told ESPN FC.

Sarri's future remains far from certain despite fulfilling his primary objective of securing Champions League qualification for Chelsea, and Roma have also been linked with a move to bring the former Napoli boss back to Serie A.

Watch Serie A on ESPN+ in the U.S.

Why Italian football finds its way into your blood

Sources have told ESPN FC that while Chelsea are prepared to negotiate a compensation package with any interested club if Sarri makes it clear that he wants to leave, they have no plans to dismiss him even if he fails to win a first piece of major silverware at Arsenal's expense in Baku.

Sarri was appointed Chelsea head coach on a two-year contract with an option for a third worth around £5 million per year last summer, and it is believed that any interested club would be required to meet this figure in order to release him early.

Chelsea have fired a succession of coaches at vast expense during Roman Abramovich's ownership, with a report in The Times claiming that Antonio Conte is due £9m in severance pay after a Premier League arbitration panel ruled in his favour. There is no desire at the club to bankroll Sarri's departure.

Sarri has repeatedly insisted that he wants to remain in the Premier League, but numerous reports in Italy have claimed he is privately more open to the idea of going back to his homeland after a rollercoaster first season in English football.

Chelsea have struggled to replicate the swashbuckling style that earned Sarri gushing praise in his three seasons at Napoli, while relations between the Italian and a large section of match-going supporters have been toxic for some time.

There is hope at Chelsea that Sarri could yet oversee significant improvement if given a full preseason to implement his tactical system, but it is tempered by fear that many of his harshest critics at Stamford Bridge will never accept him.

Derby County manager Frank Lampard has been tipped as the front-runner to replace Sarri should the Italian leave this summer, though sources told ESPN FC that no talks have yet taken place between the clubs.