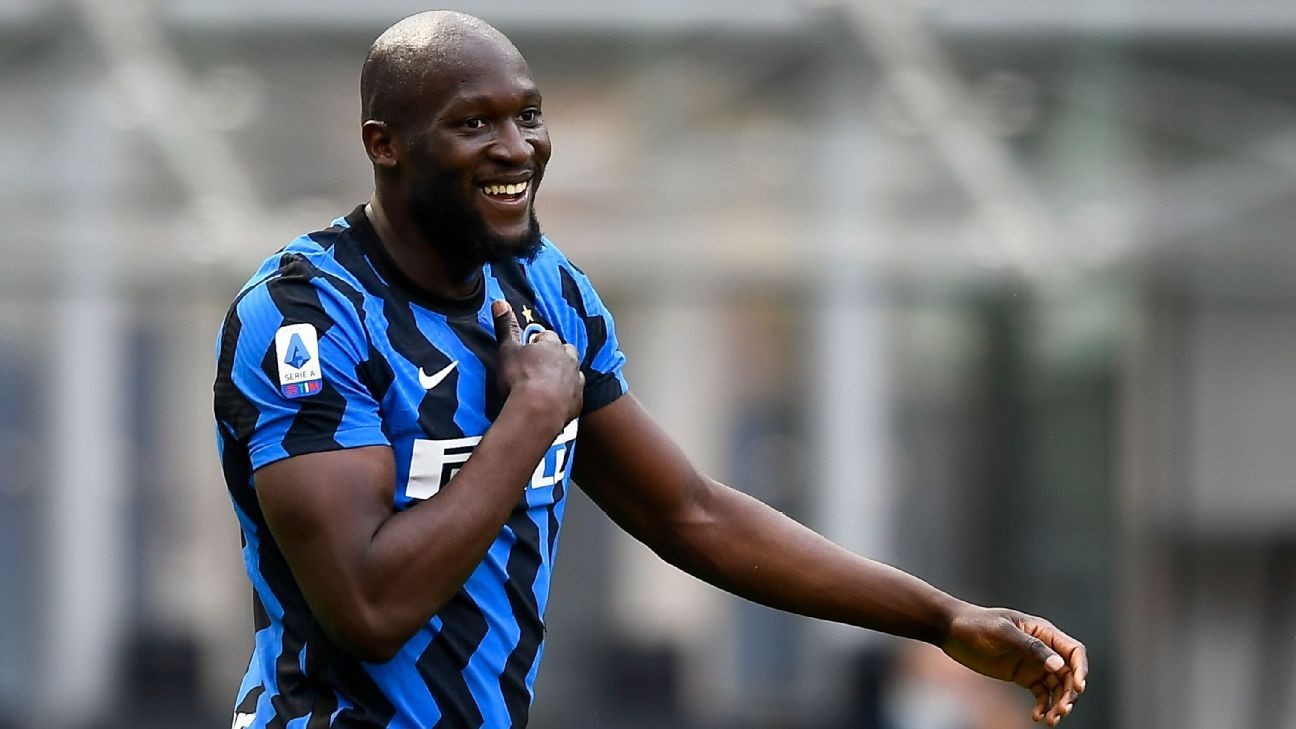 Chelsea are weighing up their options after having a €100 million bid for Romelu Lukaku rejected by Inter Milan, sources have told ESPN.

Champions League-winners Chelsea is in the market to sign a striker this summer but have been frustrated by Borussia Dortmund's reluctance to consider selling their top target, Erling Haaland.

Chelsea have consequently explored other options and although they are monitoring Harry Kane's situation at Tottenham Hotspur, there is an acknowledgement their north London rivals are extremely unlikely to do business with them.

That has led Chelsea to pursue a deal for Lukaku, making a player-plus-cash offer believed to also include defender Marcos Alonso.

Sources have told ESPN that Lukaku is not actively seeking to leave the club but Inter are under pressure to raise funds through player sales having been hit particularly hard financially by the coronavirus pandemic.

Inter have already sold Achraf Hakimi in a deal which could be worth up to €70m and would find an improved offer from Chelsea for Lukaku difficult to turn down.

The Belgium international played 15 times for Chelsea during three seasons between 2011 and 2014 and almost rejoined the club in 2017 but Stamford Bridge side were unwilling to pay his agent Mino Raiola the same fee as Manchester United so he moved to Old Trafford.

Dortmund do not want to sell Haaland and Jadon Sancho in the same window. Sancho left last month to join United and are determined to keep Haaland for another year, even though a €75m release clause will become active next summer.

Chelsea must now decide whether to test that resolve with a bid close to his €180m valuation, increase their offer for Lukaku, pursue another target or wait until the race for Haaland intensifies next summer.