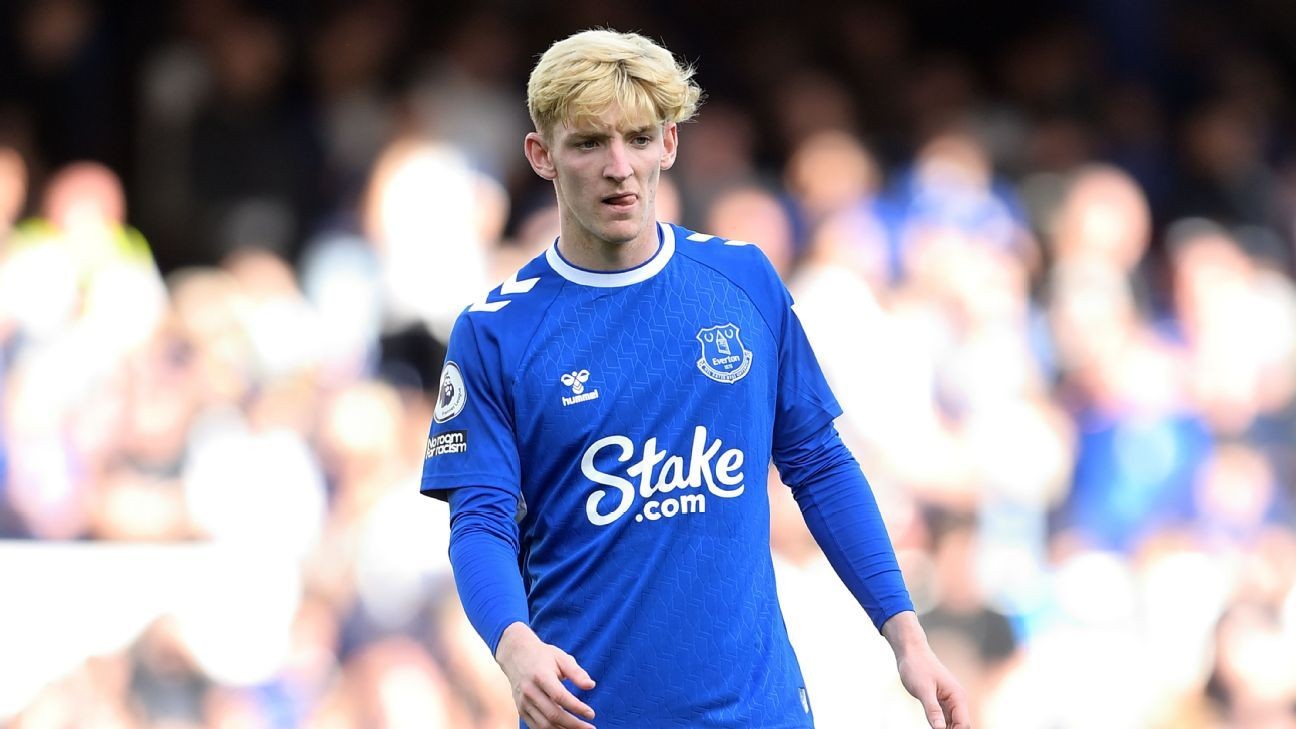 Chelsea have had an improved £45 million offer for winger Anthony Gordon rejected by Everton, sources have told ESPN.

Although Everton continue to insist the 21-year-old will not leave, Chelsea are continuing their pursuit having had an initial £40m bid dismissed already.

Chelsea will now decide whether to make a third offer for England Under-21 winger Gordon, who has previously attracted interest from Tottenham Hotspur and Newcastle United.

Head coach Thomas Tuchel is keen on making three signings before the transfer window closes this month as talks continue over a move for Leicester City defender Wesley Fofana among other targets.

Sources have told ESPN that Everton value Gordon well in excess of £50m but would prefer to keep him given they have already lost Richarlison to Tottenham this summer.

It remains to be seen whether Chelsea consider making a player-plus-cash proposal in any improved offer.

Everton have shown some interest in signing Chelsea striker Armando Broja, who spent last season on loan at Southampton, while manager Frank Lampard is also an admirer of Blues midfielder Billy Gilmour.