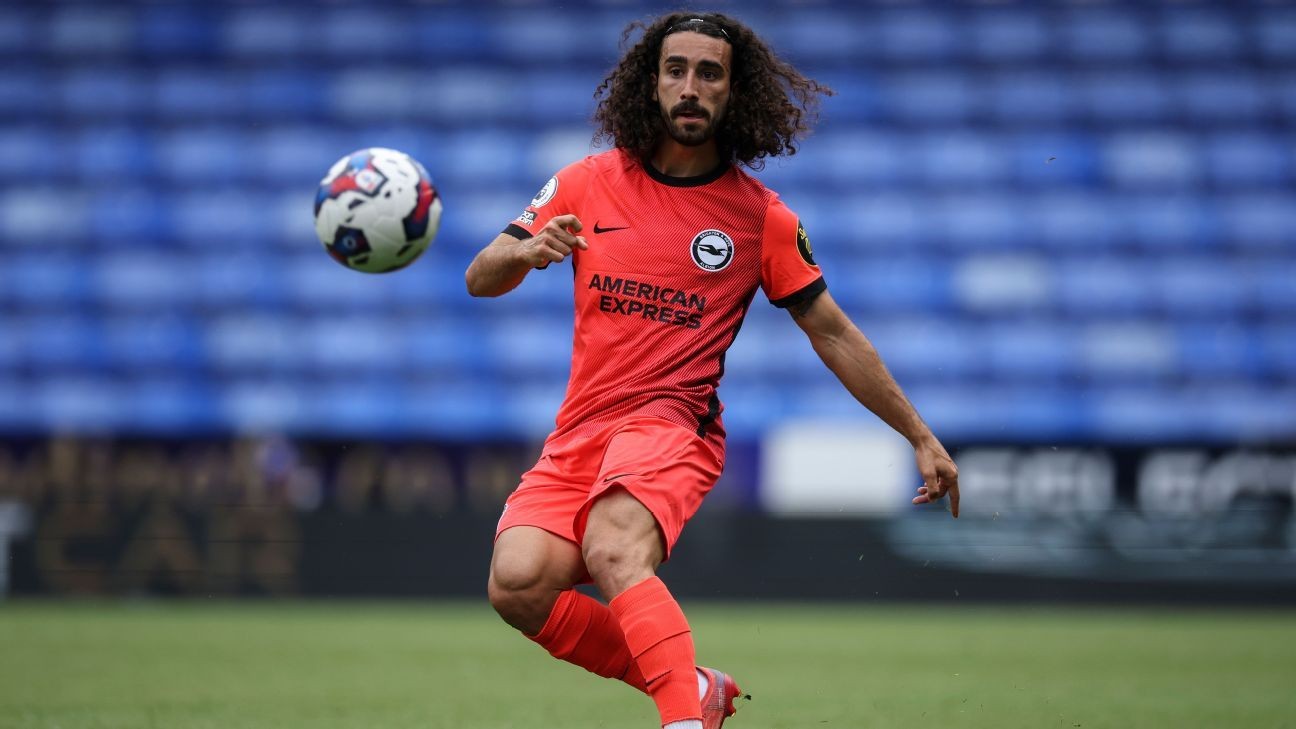 Manchester City have told Brighton and Hove Albion they will not pay £50 million for the transfer of Marc Cucurella and that they are actively looking at alternatives, sources have told ESPN.

City have not yet walked away from a deal for the left-back but are adamant they will not meet Brighton's valuation and that a compromise over the fee will have to be reached before progress is made.

- Stream ESPN FC Daily on ESPN+ (U.S. only)
- Don't have ESPN? Get instant access
- Battle of the new stars: Haaland upstaged as City beaten
- Training kits: Where does City's rank?

Pep Guardiola is keen to sign a left-back after allowing Oleksandr Zinchenko to join Arsenal.

Cucurella is City's top target to replace the Ukraine international but so far Brighton have shown no willingness to negotiate for anything below £50m.

The 24-year-old, who moved to the Premier League from Getafe in 2021, has a contract until 2026. He was voted player of the year in his first season at the Amex Stadium.

Sources have told ESPN that City have informed Brighton they remain interested in Cucurella but only if the deal is closer to £35m.

Marc Cucurella made 38 appearances in his debut season for Brighton and won their player of the season award. Eddie Keogh/Getty Images

They are looking for alternative options to bolster Guardiola's squad at left-back but remain "relaxed" about the possibility of bringing someone in.

Joao Cancelo started at left-back in the Community Shield defeat to Liverpool at the King Power Stadium on Saturday while Nathan Ake has also played there in the past.

Ake is staying at the Etihad Stadium despite strong interest from Chelsea.

City were monitoring Jules Kounde's situation when it looked like Ake might move to Stamford Bridge but sources have told ESPN their interest ended once it became clear the Dutchman would stay and that they did not rival Barcelona and Chelsea for Kounde's signature.