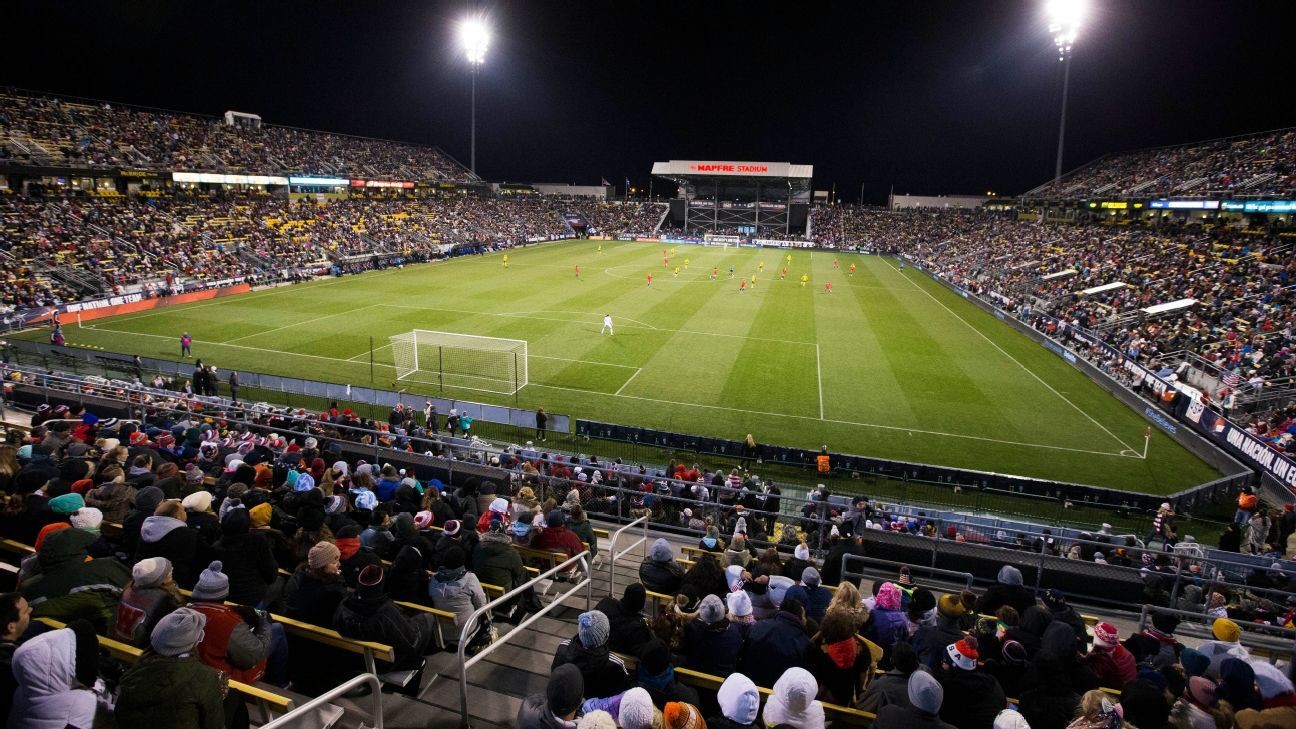 A player from the Columbus Crew SC has tested positive for the coronavirus, sources confirmed to ESPN.

The positive test marks the 10th player case since teams began arriving in Orlando for the MLS Is Back Tournament, which is scheduled to begin on July 8. The latest positive test is also the first to be recorded in Orlando for an individual not affiliated with FC Dallas. In the past several days, nine FCD players and one member of the coaching staff have recorded positive tests.

Both the Crew and MLS have declined to comment.

Now the virus has spread to another team, casting an even longer shadow on the tournament's future, though it is unclear at present where the Columbus player contracted the virus. The Crew arrived in Orlando last Sunday.

In addition to the Crew and FCD, six teams -- the San Jose Earthquakes, Minnesota United FC, Orlando City SC, FC Cincinnati, Inter Miami CF, and the Chicago Fire -- are presently in Orlando. The New England Revolution is expected to arrive later on Thursday.

A source with knowledge of the situation told ESPN on Wednesday that cancelling the tournament "isn't being discussed" but it's unknown to what degree the latest positive test will impact MLS's thinking.

According to the MLS Player Tournament Handbook, a copy of which has been obtained by ESPN, any individual who tests positive for the coronavirus must immediately put a facemask on and participate in a triage assessment by an Orlando Health telehealth provider. The individual will be transported to an isolation area where repeat testing will be performed. The individual will receive meals, be monitored, and stay in isolation until he or she receives clearance from MLS medical staff. All close contacts will be identified, and those individuals will self-quarantine in their room and testing will be provided.

The resort where the team is staying will immediately provide cleaning and disinfecting of areas where the individual had recently been.