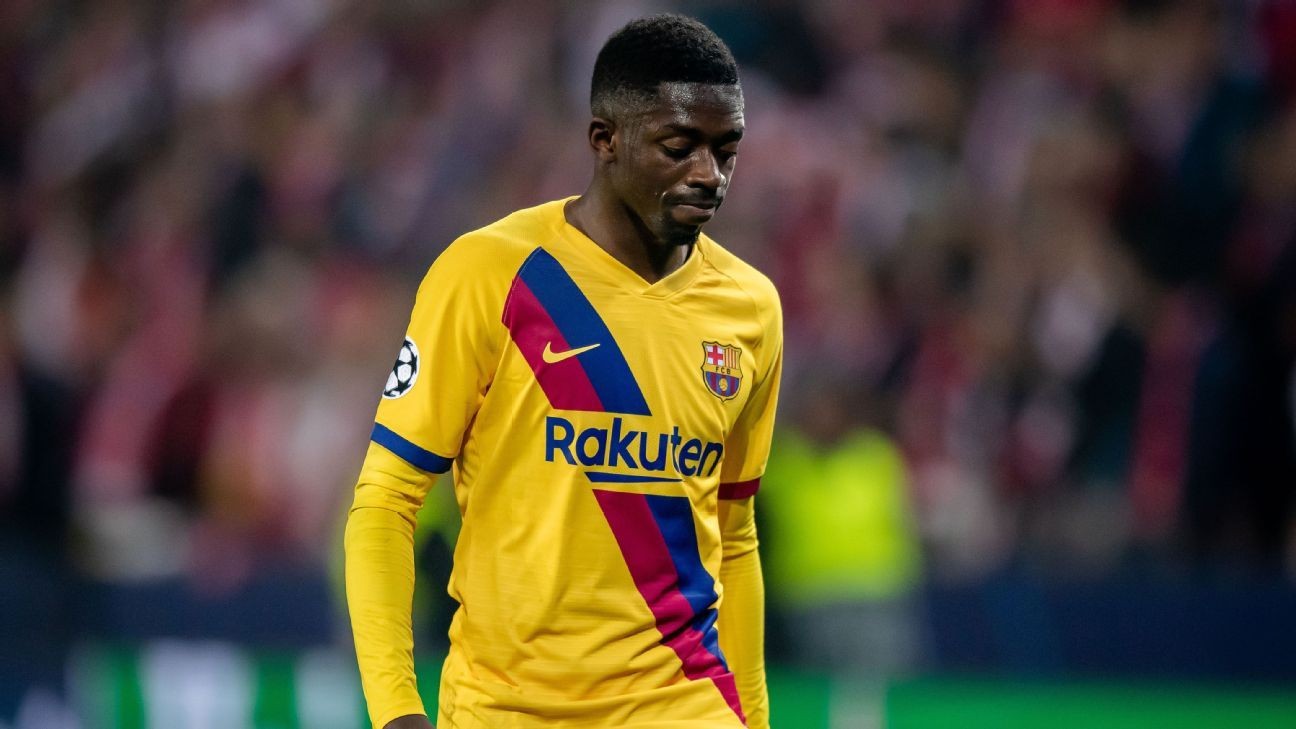 Manchester United will continue to pursue a deal for Borussia Dortmund winger Jadon Sancho but have sounded out Barcelona's Ousmane Dembele as a possible alternative, sources have told ESPN.

Dortmund sporting director Michael Zorc cast doubt over the 20-year-old's long-anticipated move to Old Trafford when he said the club "plan on having Sancho in our team this season," adding that the decision on his future was "final."

Although Sancho is keen on joining United with personal terms not expected to be an issue, Dortmund are continuing to hold out for €120 million and are demanding the vast majority of that asking price is paid up front.

United believe those demands are not realistic given the global financial impact of the coronavirus pandemic. Dortmund's negotiating stance was strengthened further by Zorc's revelation that Sancho's contract was extended last summer by a further year, tying him to the club until 2023.

Sancho joined up with his Dortmund teammates on Monday for their preseason training camp in Switzerland and the Bundesliga side had imposed an Aug. 10 deadline on United to reach an agreement to avoid any disruption.

However, United have not admitted defeat, especially given that Zorc made a similar public statement about Dembele when he was a Dortmund player in June 2017 only for the winger to join Barcelona two months later.

Sancho is United boss Ole Gunnar Solskjaer's No. 1 choice to fill a right-wing slot that has been a problem position for years but other options have been discussed including Bayern Munich's Kingsley Coman and Juventus' Douglas Costa.

Sources have told ESPN that United have held informal talks over a move for Dembele, who has two years left on his contract. The 23-year-old has not played a competitive match since November and underwent surgery on his hamstring in February.

His three-year spell in Catalonia has been blighted by injury and Barcelona are thought to be open to offers. It is understood that informal discussions over an initial season-long loan with an obligation to buy were discussed but no official approach has been made as of yet.

Dembele would need to be convinced to leave Barcelona and in any case, United are for the time being still hopeful they can find a breakthrough in talks for Sancho.

Dortmund's hand would be forced if Sancho submitted a formal transfer request but the England international has not yet shown any willingness to do so.