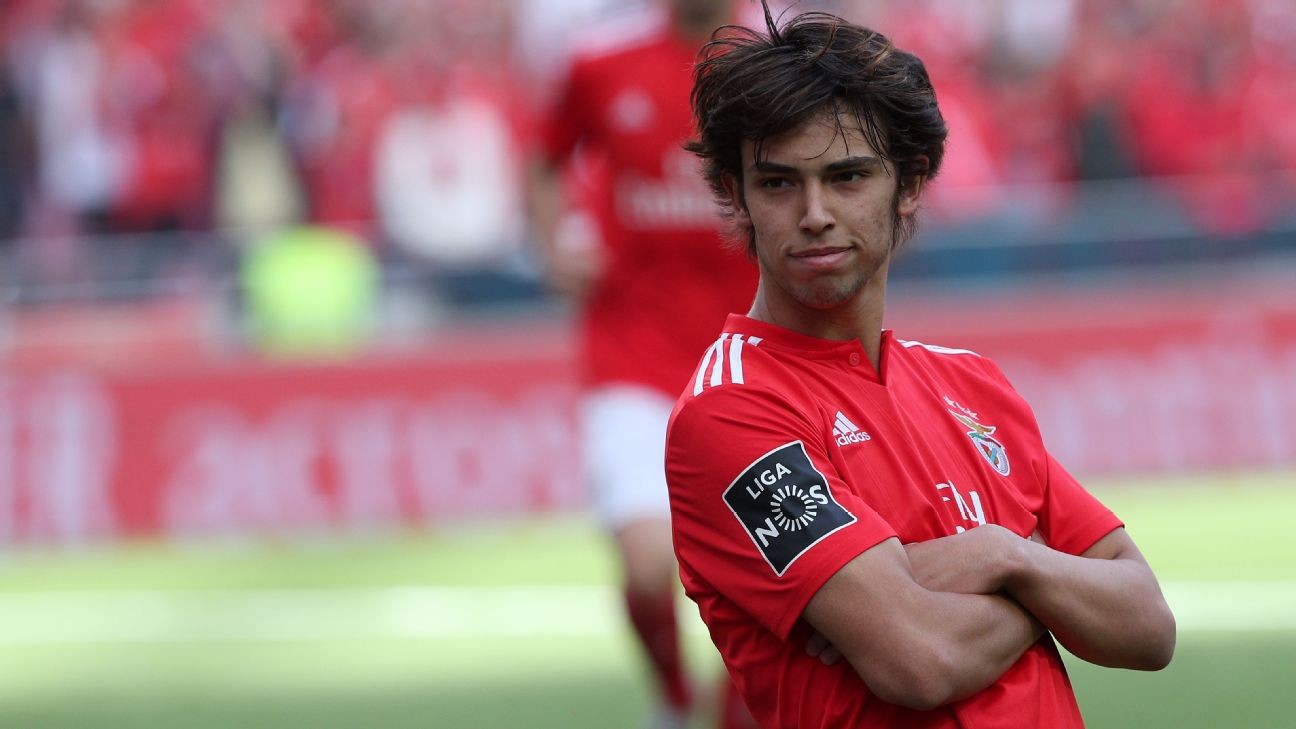 Sid Lowe says Atletico Madrid's offer to Benfica for Joao Felix represents a shift in their transfer strategy, but isn't convinced it will pay off.

Sid Lowe explains why the transition to life at Atleti could be especially difficult for Joao Felix should he make the move to Madrid this summer.

Steve Nicol and Janusz Michallik share differing opinions on whether or not Barcelona could play Neymar, Antoine Griezmann Luis Suarez and Lionel Messi together.

ESPN FC's Julien Laurens breaks down Neymar and Antoine Griezmann's respective wage bills and doesn't see a way Barcelona could afford them both.

Atletico Madrid's €126 million move for forward Joao Felix from Benfica is being held up as they wait to receive an expected €120m from the sale of Antoine Griezmann, sources have told ESPN FC.

Benfica confirmed last week that Atletico had made the huge offer for Portugal international, who would become the La Liga club's biggest ever signing and the fifth most expensive in history.

A source in Portugal told ESPN FC that "logistical issues with the financial operation" at Atletico's end was now the only thing holding up the deal, as personal terms were agreed and Benfica are happy to go ahead with the transfer.

Meanwhile, Griezmann's future remains unresolved, with the France international having told Atletico at the end of last season  he was going to move on, and his buyout clause having dropped to €120m on July 1.

"You would have to ask Griezmann, as he was the one who told us he was not staying," a club source said. "No club has been in touch with us yet."

Asked whether their club record move for Felix was likely to be completed soon, the Atletico sources said they had "nothing new" to communicate.

Griezmann is expected to move to Camp Nou, and sources told ESPN FC on Monday that Barca were working on finalising the deal with an announcement expected this week.

However, when asked whether he expected the 26-year-old to participate when Diego Simeone's side return to preseason training this Thursday, Atletico sources told ESPN FC the situation remained unclear and out of their control.

Manchester City, Real Madrid and Manchester United had also considered moves for Felix, who scored 20 goals in 43 appearances last season and made his senior international debut in the the semifinals as Portugal won the UEFA Nations League finals on home soil.