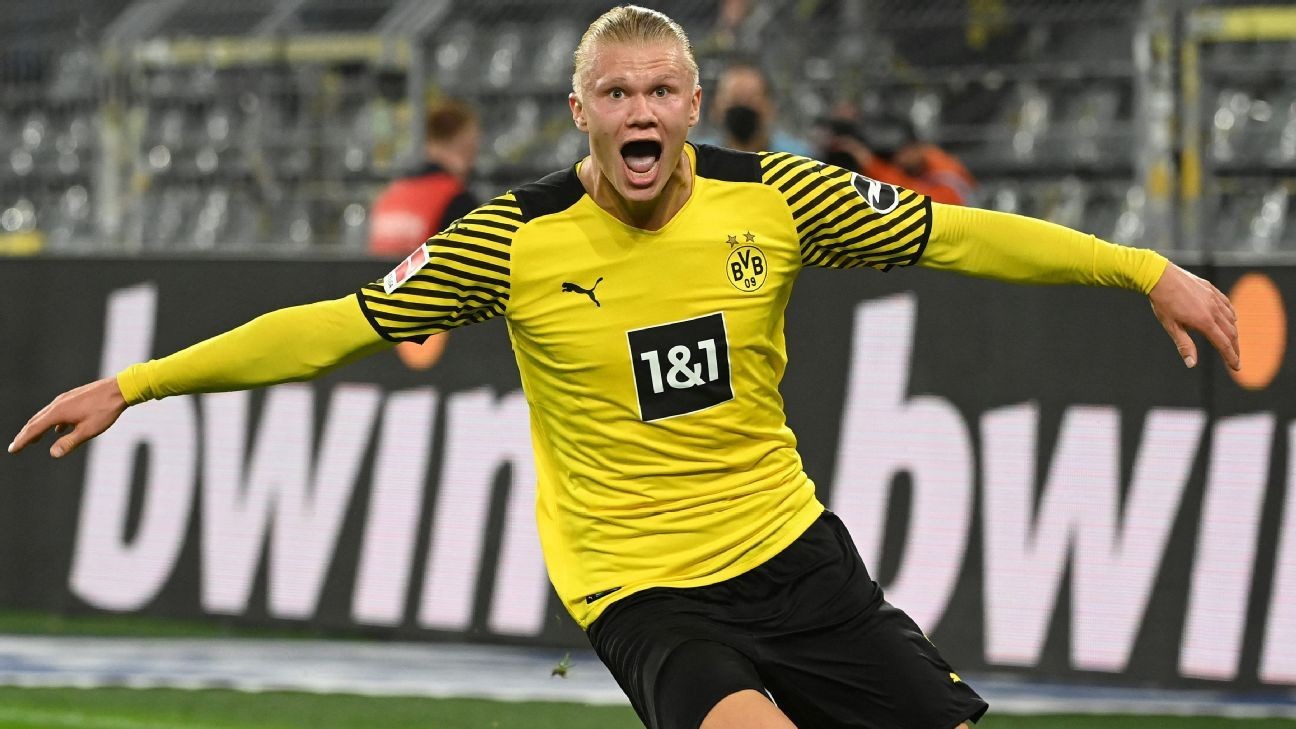 Erling Haaland will command wages of at least £30 million ($41m)-a-year if he leaves Borussia Dortmund for a new club next summer, sources have told ESPN, with Manchester United, Manchester City, Chelsea and Real Madrid all in the race to sign the Norway forward.

The 21-year-old can reportedly leave Dortmund at the end of this season if a club triggers his €75m ($87m) release clause at Signal Iduna Park. Sources have told ESPN the fee will be inflated by a significant payment to Haaland's representatives for brokering a deal.

ESPN has been told that senior figures from interested clubs have been made aware that Haaland expects a pay deal that would see him earn in excess of £500,000-a-week. ESPN has contacted the Haaland camp for a response to the figures.

Despite the potential cost of any deal to sign Haaland, who rejected a move to United during the 2019-20 winter transfer window by opting instead to join Dortmund from FC Salzburg, he remains a priority target for Europe's leading clubs.

As reported by ESPN last month, United have maintained contact with the Haaland camp since missing out on the player in January 2020. United manager Ole Gunnar Solskjaer handed Haaland his debut as a teenager with Norwegian club Molde and the two have retained a strong relationship.

But Premier League champions City, Champions League winners Chelsea and LaLiga giants Madrid are also in the hunt to sign Haaland, with sources telling ESPN that Paris Saint-Germain and Bayern Munich are behind in the race for his signature.

Haaland has scored 70 goals in 69 games for Dortmund since joining almost two years ago. Prior to his move to Germany, he had scored 29 goals in 27 appearances for Salzburg, with whom he scored a hat trick on his Champions League debut against Belgian team Genk in September 2019.

He has also netted 12 goals in 15 games for Norway and could help guide the country to the World Cup finals for the first time since 1998 if they defeat Latvia and the Netherlands in the final round of qualifiers next month.