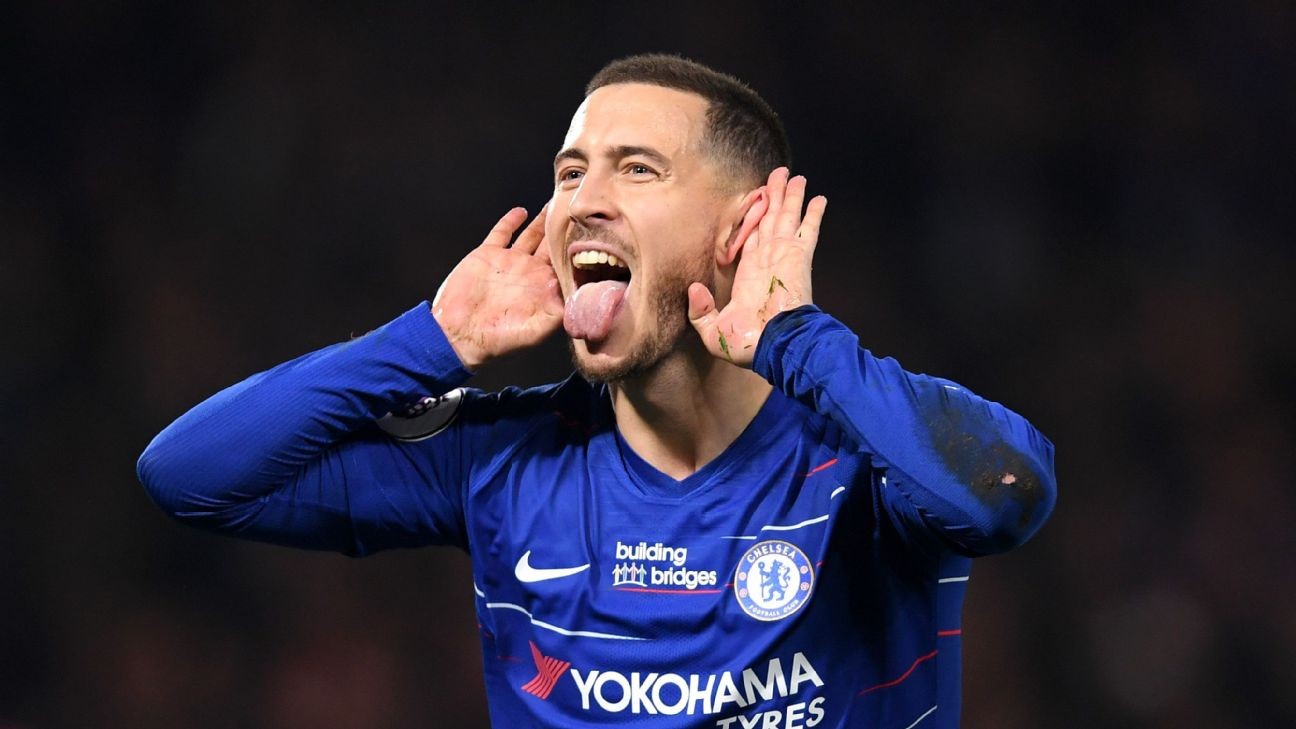 Maurizio Sarri says Chelsea must be prepared if Eden Hazard leaves the club, and also addresses his own future.

Chelsea are braced for Real Madrid to step up their pursuit of Eden Hazard after the Europa League final with the player still hopeful of a swift resolution, sources have told ESPN FC.

Hazard wants his move to Madrid finalised before he joins up with the Belgium squad for their Euro 2020 qualifiers on June 4, but the two clubs remain far apart in their valuations of the 28-year-old.

Chelsea have told Madrid they want as much as £130 million for Hazard, while the Spanish giants have so far refused to go higher than £88m for a player about to enter the final year of his contract.

Any agreement is likelier to be struck in the region of £100m, though Chelsea director Marina Granovskaia is determined to secure the best deal possible for her club's prized asset.

Chelsea are not expected to significantly lower their asking price even if Hazard inspires his team to victory against Arsenal in the Europa League final, and are hoping that Madrid coach Zinedine Zidane's desire to secure the Belgian will encourage the Spanish giants to raise their offer.

Speaking after Chelsea's final Premier League game of the season against Leicester City earlier this month, Hazard revealed he had informed the club of his desire to join Madrid two weeks earlier and is now waiting for them to act upon his wishes.

Sources told ESPN FC earlier this month that Hazard is in regular contact with Zidane and has looked into housing and school options in Madrid. Personal terms are not expected to be an issue.