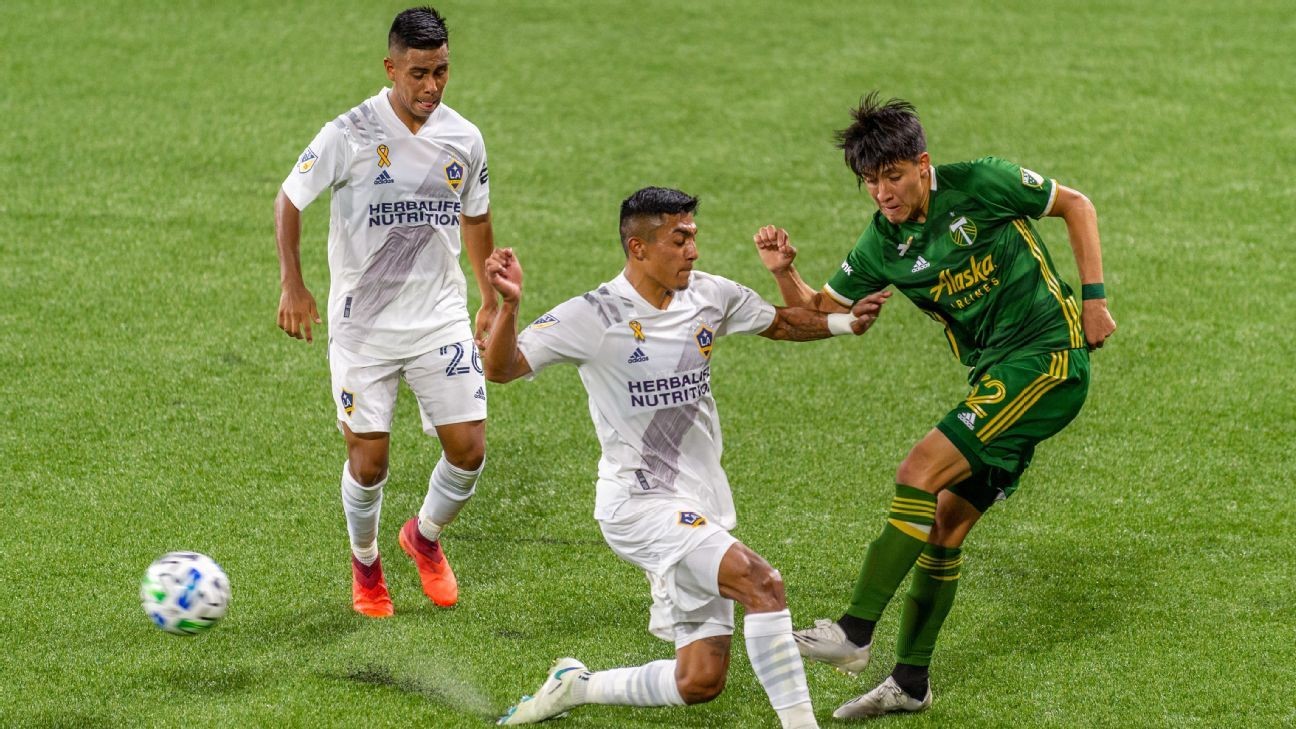 The news 18-year-old Alvarez will be attending camp under head coach Gregg Berhalter was first reported by the Scuffed Podcast.

East L.A. native Alvarez has long been of interest to both Mexico and the U.S. national team set-ups, but represented El Tri at the Under-17 World Cup last year in Brazil, scoring four goals in seven games.

Alvarez was in Mexico's Under-20s camp earlier this month in Mexico City, but will be part of a U.S. squad for the first time since he captained the under-15s in 2016.

Alvarez's 19-year-old Galaxy teammate Araujo, who can play at right-back or right-wing, has also been courted by Mexico, but will be in Florida next week with the U.S. squad for training and a Dec. 9 friendly against El Salvador.

Araujo is another top youth prospect and is coming off a positive season personally with the Galaxy, in which he started 17 games. He was part of the U.S. Under-20s squad for last year's World Cup, but didn't see the field.

The Lompoc, Calif. native has never played for Mexico and hasn't yet received his Mexican passport to be able to join a camp, according to sources, but El Tri head coach Gerardo "Tata" Martino has tried to bring him onboard.

"Araujo is definitely doing really well," Martino said in a press conference in September. "I've had contact with him around 20 days ago. I told him that I hope he can be a part of the Mexican national team.

"He told us that he'll talk it over with his family and his agent about which path he will take [at national team level], but they are two boys (Araujo and Alvarez) we have a lot of hope for."

Araujo has previously stated that making a choice about which national team to represent was a "tough decision."

LA Galaxy's Efrain Alvarez and Julian Araujo are yet to commit to playing for either Mexico or the United States. Diego Diaz/Icon Sportswire

Martino added in the same press conference that "[Alvarez] will be a [Mexican] national team player" and said there was "no need to rush him."

The USMNT is set to start camp on Dec. 1, while Mexico is scheduled to play until next March´s international window.

Neither Araujo or Alvarez's future will be tied to the USMNT if they get minutes against the Central American nation because it isn't a game in an official competition. ESPN also learned that both have interest from European clubs.

Earlier this month, Valencia's 17-year-old midfielder Yunus Musah impressed for the USMNT in friendlies against Wales and Panama, but could still be eligible to play for England, Italy or Ghana further down the line.