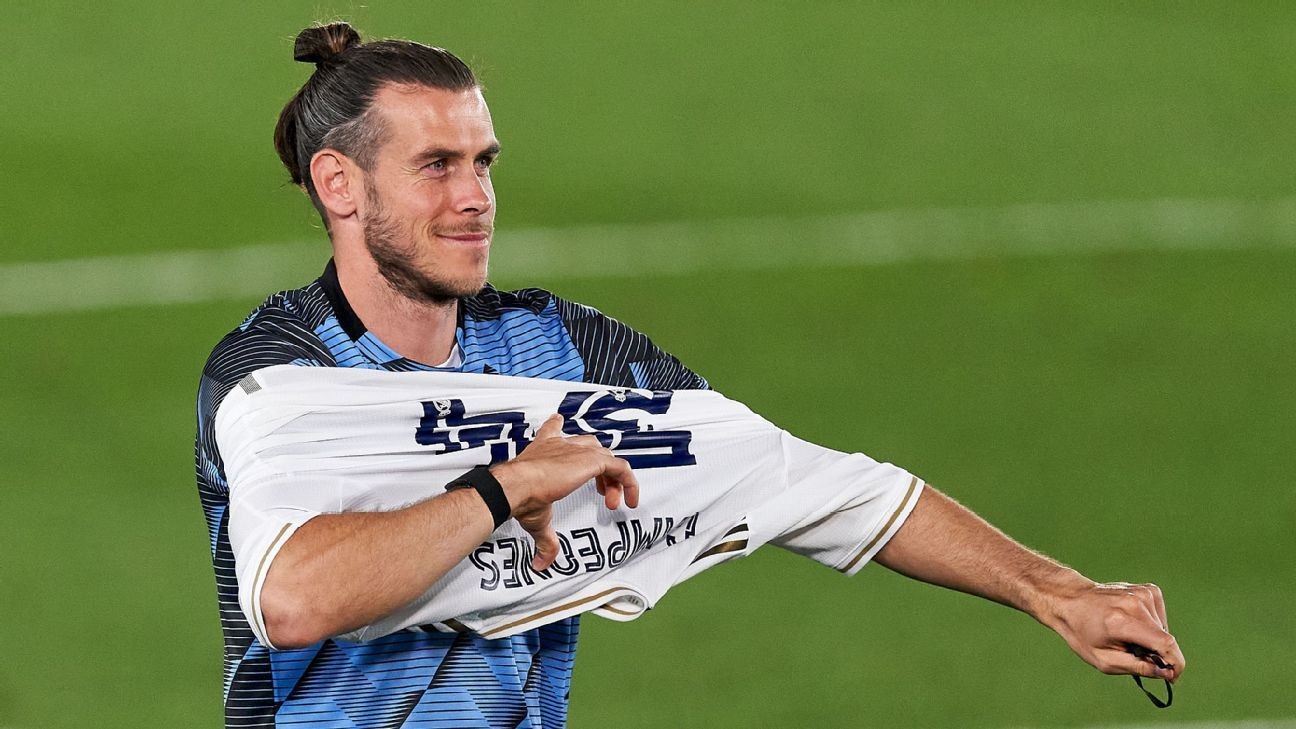 Real Madrid will only make a move in the summer transfer market if they can sell Gareth Bale, sources have told ESPN.

After Madrid wrapped up the La Liga title last month, president Florentino Perez confirmed that no major signings were incoming due to the impact of the coronavirus pandemic.

But club sources have told ESPN that only the departure of Bale, 31, would persuade them to make a significant investment during this window.

Senior figures at the club believe the financial situation is even more challenging than previously thought, and prefer to adopt a conservative position when it comes to spending this year.

Real Madrid won their 34th La Liga title on July 16 after a run of 10 consecutive victories saw them overtake rivals Barcelona at the top of the table.

Bale was a peripheral figure in the run-in, with ESPN having reported that his relationship with coach Zinedine Zidane had deteriorated significantly.

The Wales forward made just one start and one substitute appearance after La Liga resumed in June and was left out entirely for the final game of the season, with Zidane having later said his absence was "a technical decision."

Despite the pair's growing personal differences, some at the Bernabeu believe the situation could still be resolved, given Bale's quality and eye for goal, something which is lacking in this Real Madrid squad.

However the club would be willing to let Bale leave this summer, as they were in 2019 when a move to China was on the verge of completion before breaking down.

Negotiating a sale would be "very complicated," a club source told ESPN, with only a handful of teams able to meet Bale's salary demands, and Madrid unwilling to let a player of his calibre go on the cheap.

Sources close to Bale continue to insist that he is happy in Madrid and intending to see out his contract, which expires in 2022.

Real Madrid's transfer business this summer will focus on managing the club's roster of loanees and raising funds through the sale of academy products, such as Achraf Hakimi's €40 million switch to Inter Milan.

ESPN has also been told by multiple sources that the club are negotiating the sale of midfielder Oscar Rodriguez -- who excelled on loan at Leganes last season -- to Villarreal.