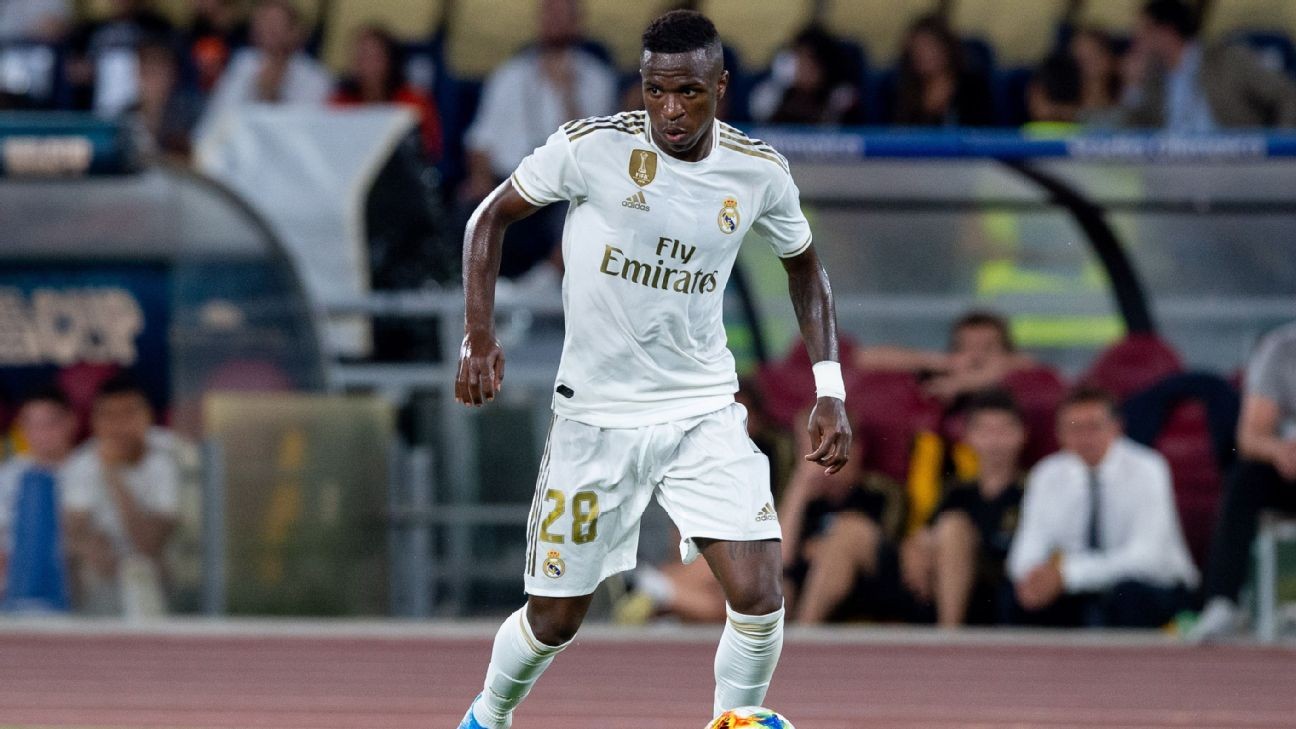 Real Madrid forward Vinicius Junior has not considered any offers to leave the club this summer, as he looks to play an important role in Zinedine Zidane's team for this season, sources have told ESPN FC.

Paris Saint Germain sporting director Leonardo reportedly sought to have Vinicius included in any negotiations with Real Madrid for the transfer of Neymar.

- ESPN fantasy: Sign up now!
- When does the transfer window close?
- When is the Champions League group-stage draw?

However, sources have told ESPN FC that nobody from PSG or Madrid has spoken to Vinicius about a move, and the Brazil international has not even contemplated the possibility of changing clubs this summer.

Having arrived at Madrid for €45 million on a six-year contract last summer, Vinicius remains fully focused on winning trophies over many seasons at the Bernabeu, the sources added.

Vinicius' performances last season were one of the few bright spots for the club during a difficult 2018-19 campaign, with the ex-Flamengo forward's energy quickly making him a popular figure with fans.

Madrid's €120m signing of Eden Hazard brought a more limited role for Vinicius in preseason, as the two players are both attackers who like to start from the left wing.

And Hazard, 28, has been a long term target for Zidane, who is key to the Frenchman's plans to reinvigorate the team for the new campaign.

Sources have told ESPN FC that Zidane has discussed with Vinicius the possibility of him playing more on the right wing, and the youngster is confident that, given time, he can adapt his game and play an important role in that position.