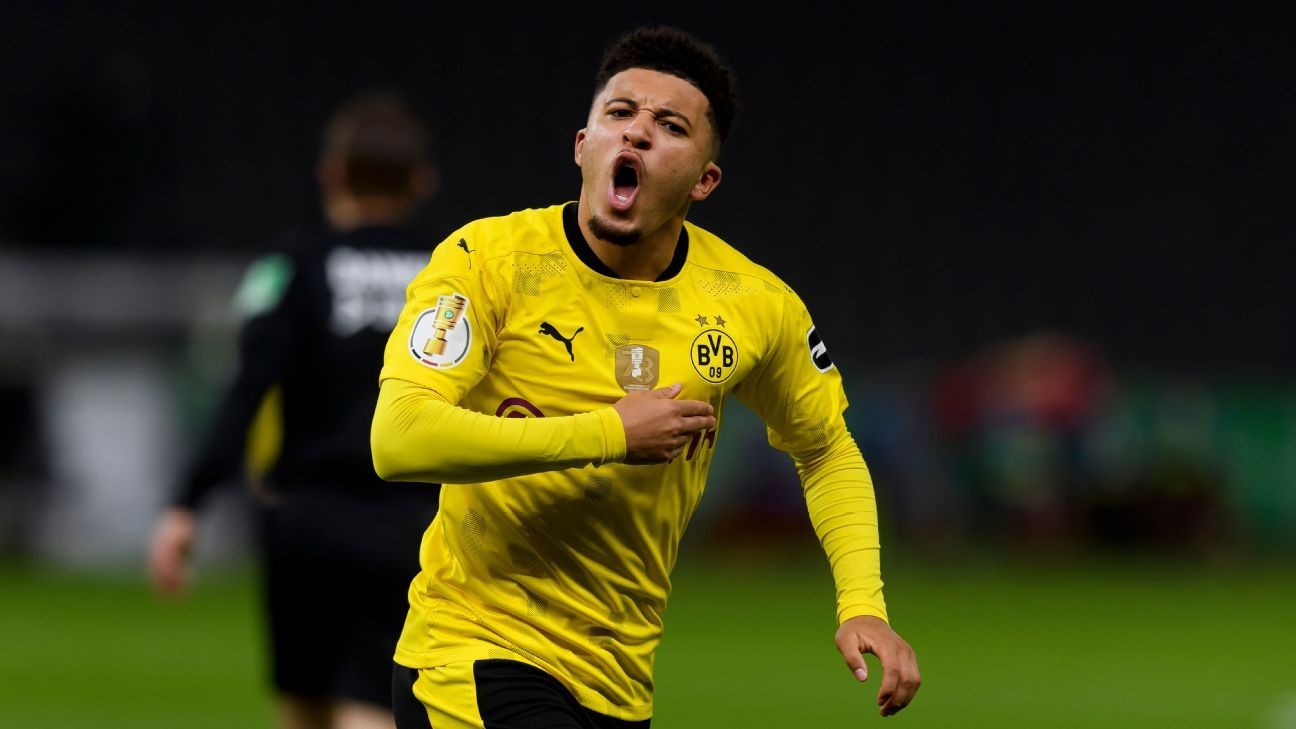 Manchester United are closing in on a deal for Borussia Dortmund winger Jadon Sancho, although the two clubs remain apart in their valuation of the England winger, sources have told ESPN.

United have intimated they are willing to pay £72 million for Sancho even though the Dortmund star is asking for closer to £77m.

Sources say Dortmund also want around £4m in add-ons, while United still have to agree a payment structure for the fee -- another potential stumbling block.

Despite the issues to overcome, sources have told ESPN progress is being made and there is confidence on all sides that an agreement can be found.

Sancho, who is part of England's squad at Euro 2020, is keen to move to Old Trafford, while United manager Ole Gunnar Solskjaer has made the former Manchester City forward his top transfer target this summer.

Talks with Sancho's representatives have gone smoothly, with the bulk of the agreement thrashed out last summer when United also tried to sign him from Dortmund.

Sources say United believe they have time on their side to reach a deal with Dortmund.

The German club are scheduled to leave for a preseason training camp in Switzerland on July 23 before their domestic season begins on Aug. 14.

The transfer deadline for Premier League teams is Aug. 31.