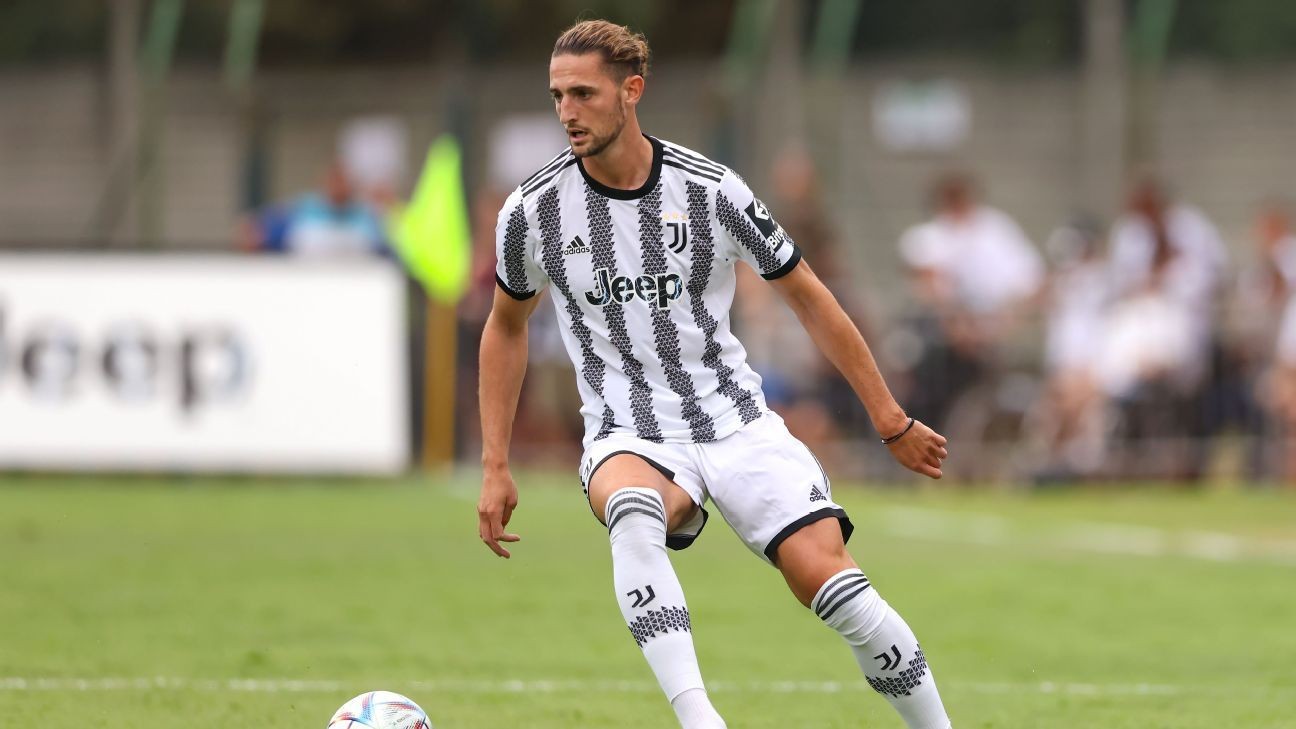 Manchester United have made contact with Juventus about signing midfielder Adrien Rabiot, sources have told ESPN.

United believe the Serie A side are willing to let Rabiot leave and that the France international would be keen to move to Old Trafford.

The 27-year-old, who joined Juventus from Paris Saint-Germain in 2019, has a year left on his contract and sources have told ESPN he is available for a cut-price fee.

Erik ten Hag is keen to bolster his midfield before the transfer deadline but attempts to sign Frenkie de Jong from Barcelona have so far been frustrated by the issue of deferred wages owed to De Jong by the LaLiga club.

Sources have told ESPN that United have made contact with a number of other midfielders in the event that a deal for De Jong does not materialise, of which Rabiot is one.

Adrien Rabiot has a year left on his Juventus deal. Photo by Jonathan Moscrop/Getty Images

United believe one of those deals could be pushed through relatively quickly if and when they are forced to halt their pursuit of De Jong.

Sources have told ESPN there is concern that De Jong is still being offered to some of Europe's top clubs including PSG, Bayern Munich and Chelsea despite United having agreed broad terms with Barcelona.

United have so far refused to bump up their offer to absorb the wages owed to De Jong but there are fears Chelsea could agree to an inflated package and jump ahead in the race for his signature.

Chelsea could also offer Champions League football to De Jong this season while United will spend at least one campaign in the Europa League.

As well as a midfielder, United are also hoping to sign a forward before the end of the window. There have been talks with Marko Arnautovic at Bologna and Benjamin Sesko at Red Bull Salzburg.

Sources have told ESPN that Arnautovic fits the profile of a physical, experienced back-up striker that Ten Hag believes would offer him a different option from the players already at his disposal.