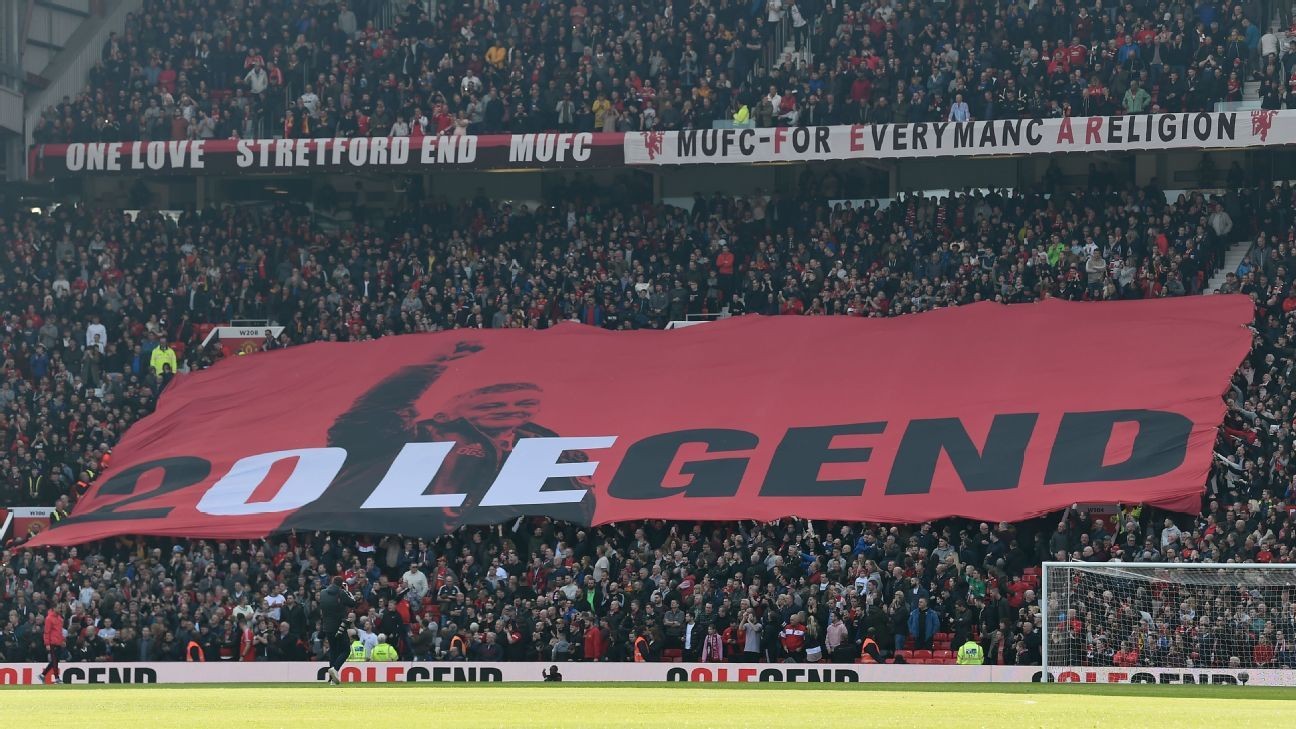 Supporters are planning to unveil a huge flag dedicated to Solskjaer in the Stretford End ahead of Arsenal's visit to Old Trafford on Thursday, the first home game since the Norwegian's dismissal on Nov. 21.

Sources have told ESPN that fans have approached United about the gesture and it is set to go ahead with the club's blessing.

The Premier League clash with Arsenal is also the first game since Ralf Rangnick's appointment as interim manager until the end of the season.

It is unclear whether Rangnick will be in the dugout or even in the stadium as United wait on a work permit for the German.

The 63-year-old will also need a PCR test before entering the UK in line with government COVID-19 guidelines. Michael Carrick will continue to lead the team in the meantime.

Solskjaer was sacked following the 4-1 defeat to Watford after nearly three years in charge. He led United to a second place finish in the Premier League last season and reached the Europa League final but his reign ended with a run of seven defeats from his last 13 matches.

The 48-year-old, however, remains a club legend after spending 11 years as a player at Old Trafford between 1996 and 2007. He won six Premier League titles and scored the goal which clinched the Champions League in 1999 and with it an unprecedented Treble.

Meanwhile, United are waiting on clarification from UEFA about the status of their final Champions League group game against Young Boys.

The game is scheduled to be held at Old Trafford on Dec. 8 but there have been suggestions that concerns over the new Omicron variant of coronavirus could see the fixture moved to a neutral venue.

Sources have told ESPN that United expect to be able to play the match at their home ground -- possibly without fans travelling from Switzerland -- but are waiting on further communication from Europe's governing body.