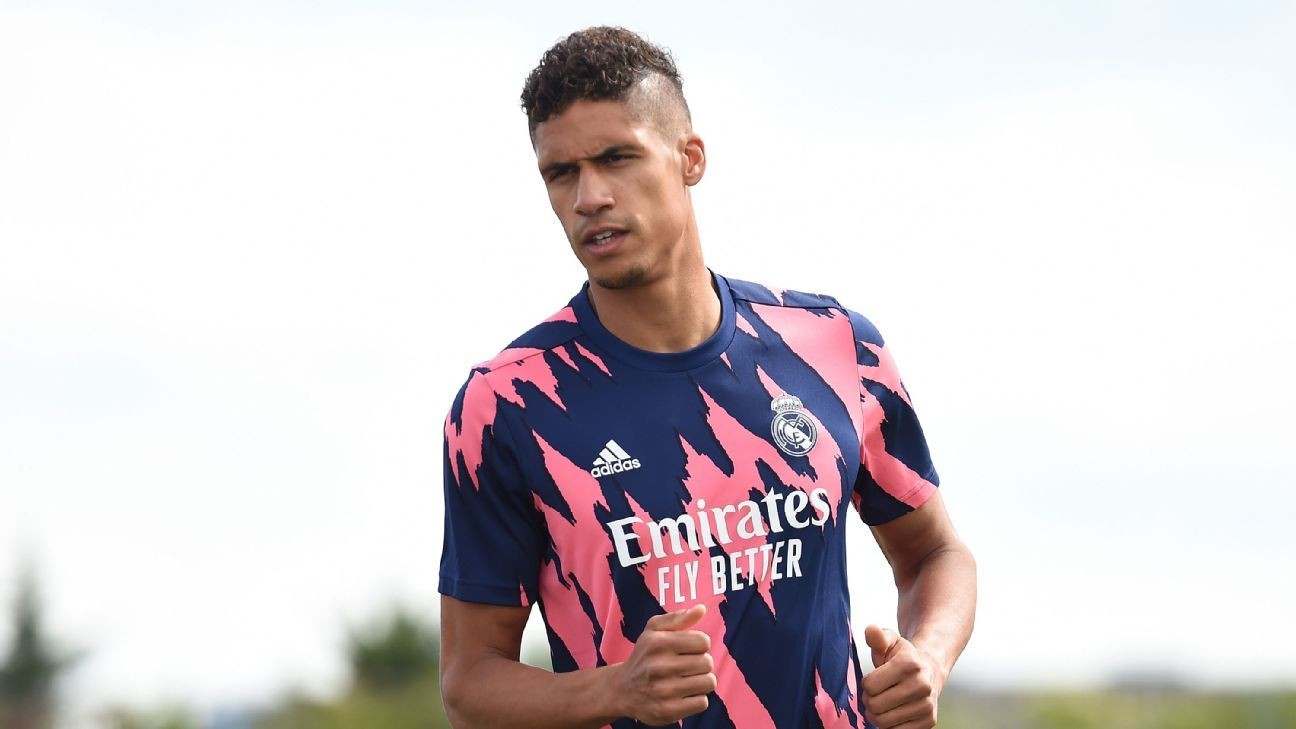 Manchester United are set to seek a solution to their interest in Real Madrid defender Raphael Varane before turning their attention to other targets to ensure they stay within their budget for the summer transfer window, sources have told ESPN.

United have been encouraged that a deal for Varane is possible after entering into negotiations with the Frenchman's representatives over personal terms.

Once an agreement is in place, they will look to begin talks with Madrid over a fee but sources have told ESPN that funds are limited after committing £72.9 million on a deal for Jadon Sancho.

Reports in Spain have suggested Madrid would accept around €50m for the 28-year-old, who has entered the last year of his contract, but there have been suggestions at Old Trafford that even that would be too high and a compromise would have to be found.

Because of the financial constraints, United will first assess what it will take to bring in Varane -- the top target for Solskjaer and the recruitment team -- before deciding whether it is possible to pursue other targets.

Raphael Varane could be on his way to Old Trafford this summer. Photo by Denis Doyle/Getty Images

There is still interest in Kieran Trippier but Atletico Madrid would have to drop their insistence that his release clause of more than €40m is met. Sources have also told ESPN that adding a new right-back to the squad is considered a "lower priority" than other positions, particularly centre-back.

Rennes midfielder Eduardo Camavinga is another target being discussed but United expect the 18-year-old to move to Spain or Paris Saint-Germain if he leaves the French club this summer.

United will step up their preseason preparations this week with a training camp at the Pennyhill Park Hotel in Surrey. The five-star resort has been used as a training base for the England rugby team and will host Solskjaer and his squad ahead of their second summer friendly at QPR on Saturday.

Injured pair Donny van de Beek and Anthony Martial are not expected to feature at Loftus Road while they continue their recoveries, instead pencilled in to re-join training on July 26. Scott McTominay and Daniel James have joined the group after missing the 2-1 win over Derby on Sunday.

Solskjaer, meanwhile, is still waiting to find out the timeline for Marcus Rashford's shoulder surgery and recovery.

"We're looking at the best option," Solskjaer said following the win over Derby on Sunday.

"He went away just to reflect on it a little bit and we have to take the best course of action for him and the club. We're still addressing that [the timing of the operation] with the experts."