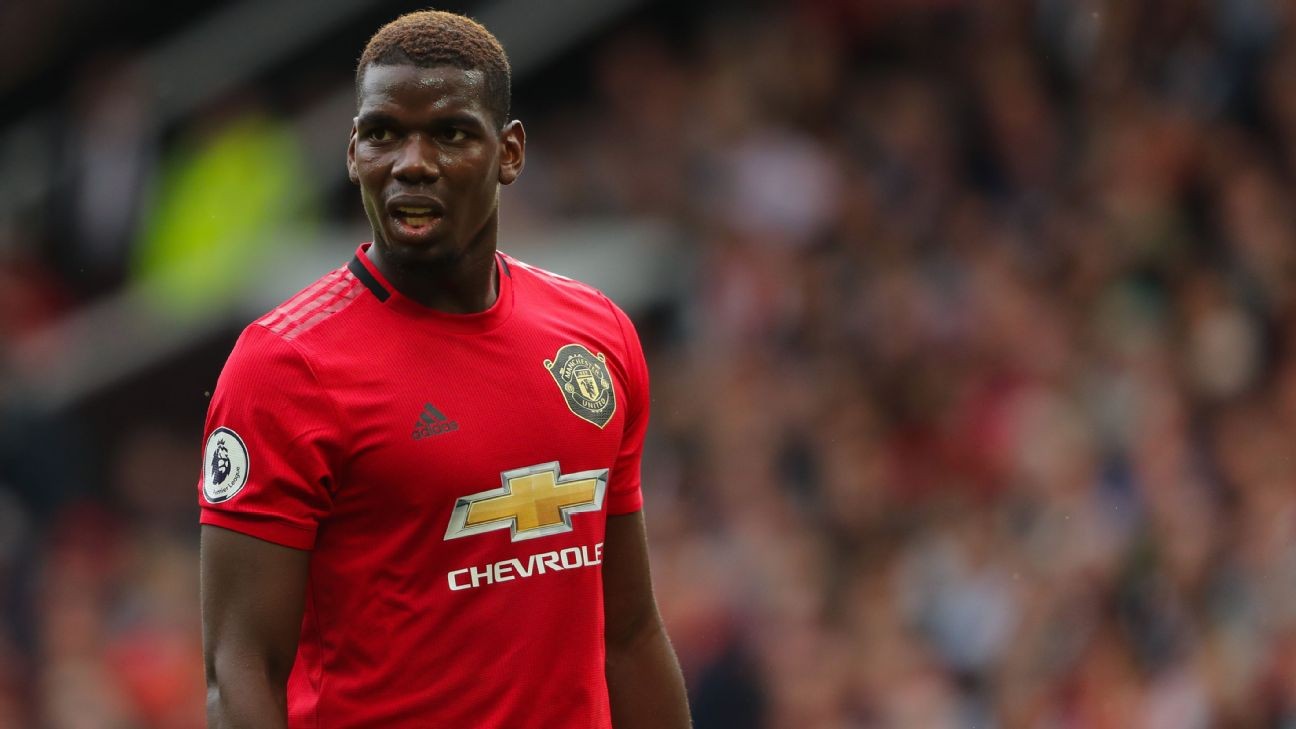 Ian Darke says Manchester United won't be letting Paul Pogba leave Old Trafford due to their lack of depth and experience in the midfield.

Craig Burley's superlatives for the opening round of the Premier League season include high praise for Man United and scorn for Chelsea and Watford.

Craig Burley likes what he saw from Marcus Rashford and Manchester United's attack in their 4-0 win over Chelsea at Old Trafford.

Manchester United will resist any bid for Paul Pogba during the remaining weeks of the European transfer window and have had assurances from the France international that he is committed to the club this season, sources have told ESPN FC.

There is concern at Old Trafford that Real Madrid could still launch a late move for the midfielder up until La Liga's transfer deadline on Sept. 2.

However, United are set to reject any bid for Pogba -- even if it surpasses their £180 million valuation -- because there is no possibility of signing a replacement.

Following the 4-0 win over Chelsea on Sunday, Pogba said there was still "a question mark" over his future. His latest comments came two months after the 26-year-old said publicly he wants a "new challenge."

Pogba is still keen on a move to Real Madrid but there is an acceptance it will not happen this summer and he has assured manager Ole Gunnar Solskjaer he is fully committed this season.

United are prepared for another approach from Madrid next summer but there are doubts about whether the Spanish giants can afford a fee that would convince the club to sell.

Solskjaer is still open to offers for a number of first team players before the European window shuts. Matteo Darmian and Marcos Rojo are both available after they were left out of the 18-man squad for the win over Chelsea.

Rojo saw a deadline day move to Everton collapse while Darmian has been linked with Inter Milan. Sources have told ESPN FC that Inter made an offer for Darmian in January but were put off by United's demands.

The Italian is in the final year of his contract and will be available on a free transfer next summer. The 29-year-old, who arrived from Torino in 2015, made just seven appearances in all competitions last season.

Meanwhile, goalkeeper Joel Pereira has joined Hearts on loan while Aidan Barlow has sealed a temporary move to Norwegian side Tromso until November. Midfielder Ethan Hamilton is also set to head out on loan with Southend and Rochdale both interested.