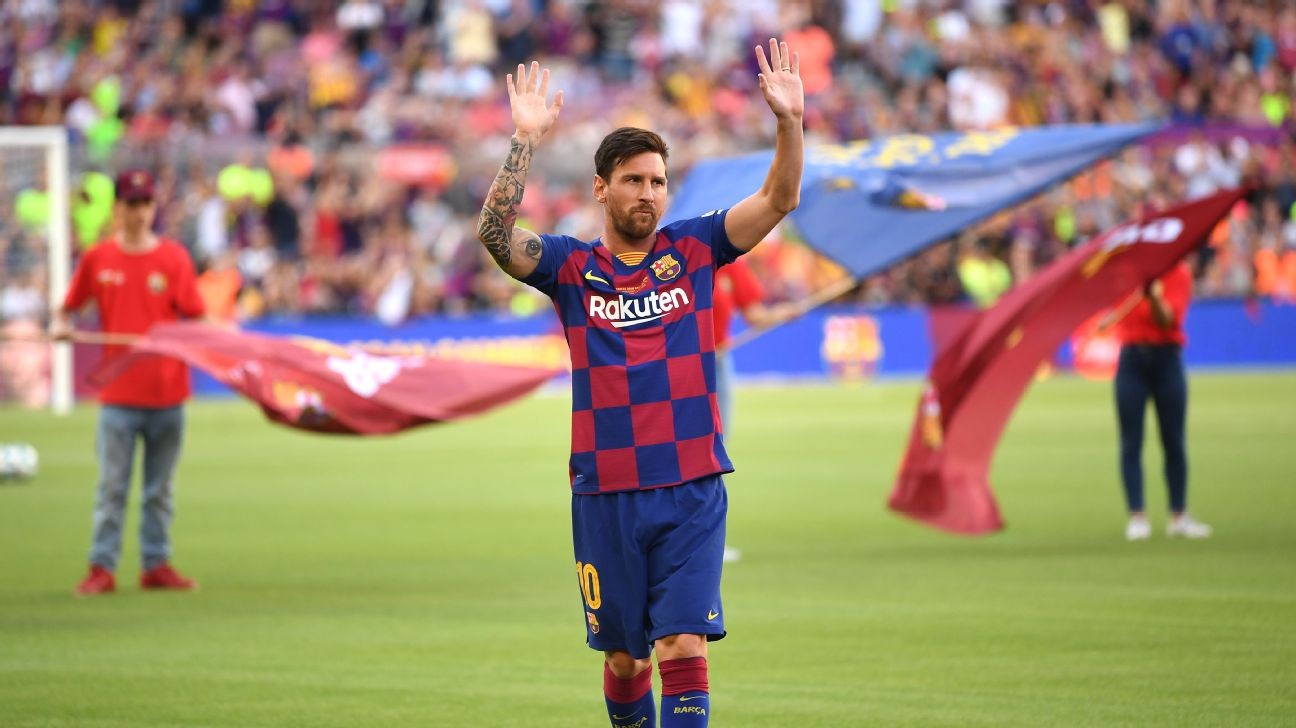 As Barcelona's stuttering start continued with a 2-2 draw at Osasuna, Steve Nicol is still baffled they're struggling even without Lionel Messi.

Lionel Messi is expected to miss Barcelona's match against Valencia on Saturday and is a major doubt for next week's Champions League opener at Borussia Dortmund, sources have told ESPN FC.

Messi, 32, has not played for Barca since injuring his calf in his first training session of preseason in August. He missed the club's tour of the United States and hasn't featured in any of their opening three league games.

- Champions League group stage: All you need to know

Barca have never put a time frame on the extent of the problem. It was anticipated he would be back for the draw at Osasuna before the international break but he didn't feel right the day before the game and wasn't risked.

Reports in the local media at the time suggested Messi was still facing another month on the sidelines, which would have ruled him out until the end of September. Barca knocked back that claim at the time but the Argentine is still no closer to making his first appearance of the season.

A source at the club has told ESPN FC there is some "concern" over Messi's fitness but the hope is still that he's back sooner than later. The source added that he was able to do some training with the ball on Wednesday in the sandpit at the training ground.

Messi's last competitive game was at the beginning of July, when he was sent off in Argentina's third place playoff win over Chile at the Copa America.

Meanwhile, Luis Suarez should be fit for Saturday's game against Valencia at Camp Nou. The Uruguay international injured his calf in the loss at Athletic Bilbao in August but has stepped up his recovery during the international break.

Ousmane Dembele remains sidelined until the end of the month with a hamstring injury, meaning Suarez will be paired with Antoine Griezmann in attack.

Barca B forward Carles Perez is also likely to start having impressed so far this season, while 16-year-old Ansu Fati is still with the first team, too.

Ansu made his debut against Real Betis last month and became the club's youngest-ever scorer in La Liga when he netted against Osasuna.