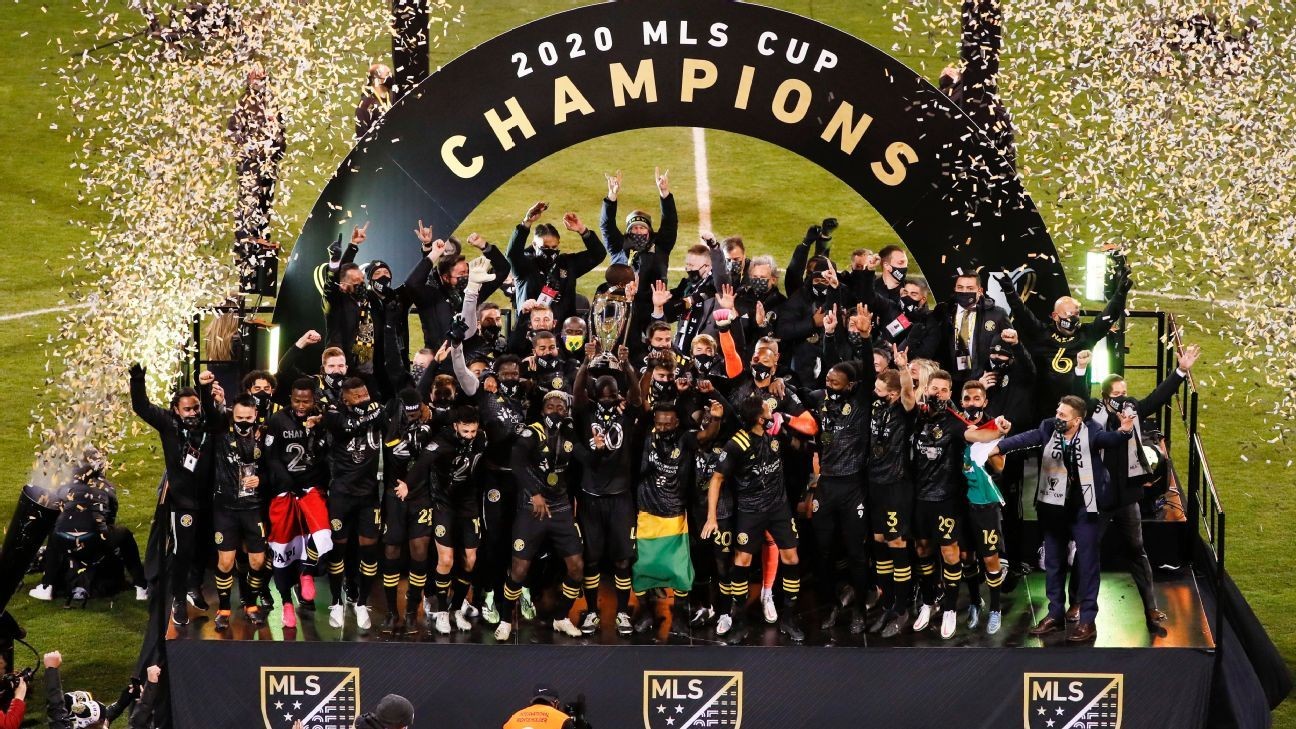 Multiple reports emerged late Friday that club will go simply as Columbus SC. The team will inform staff of the decision on Monday and a public announcement will follow as soon as Tuesday, according to Carlisle.

The rebrand will also include a change to the club's logo, but will keep the team's colors as black and gold.

In a statement on Sunday, the club said: "Recently, images have surfaced depicting a new logo for Columbus Crew SC. The Crew and the Black and Gold remain at our core, and we continue to embrace and respect our heritage while modernizing our marks as our club and the city of Columbus evolve. We look forward to revealing those in their entirety in the near future."

In 2017, former club owner Anthony Precourt stated his intention to move the team to Austin, Texas, which spurred the "Save the Crew" movement. Precourt negotiated with the league to sell the team in 2018 to a group that includes Cleveland Brown owners Dee and Jimmy Haslam. MLS then awarded Precourt an expansion side that became Austin FC.

In addition to the expected name change, the team is set to move into a new $314 million stadium in downtown Columbus.