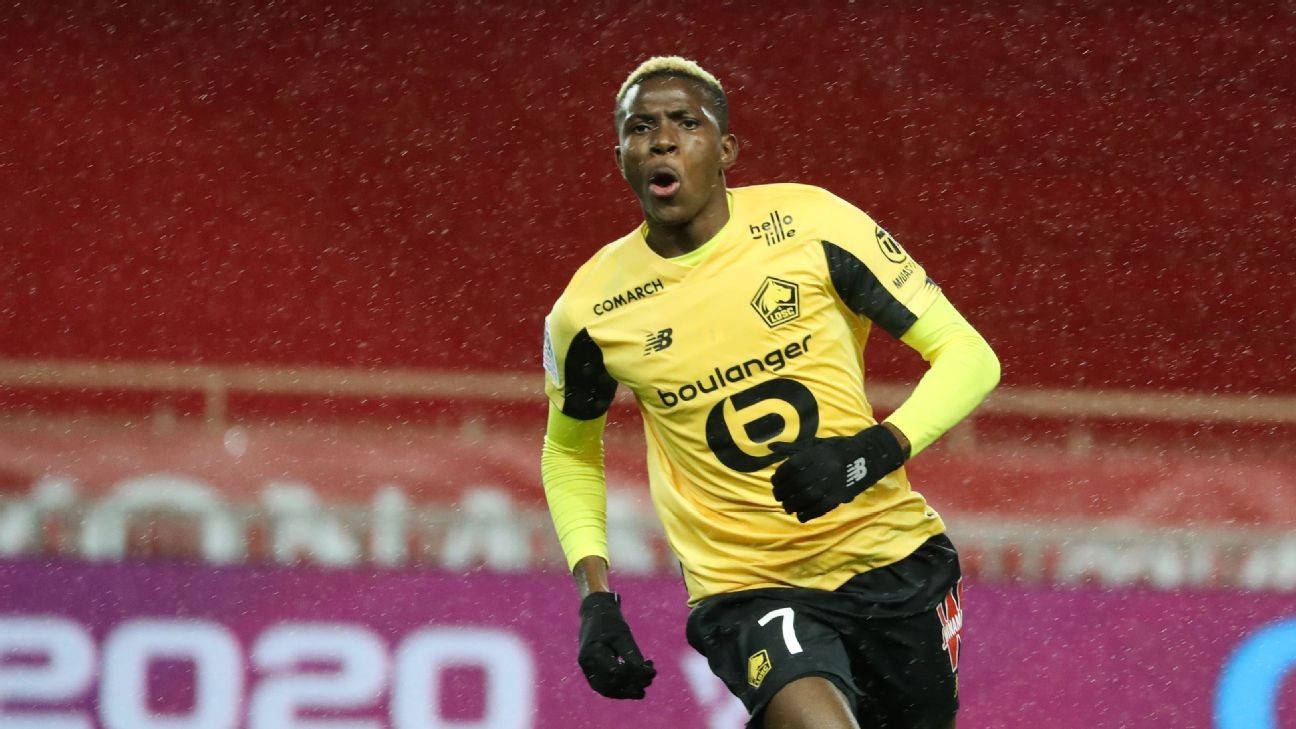 Napoli are confident they have won the race to sign Lille duo Victor Osimhen and Gabriel for a combined price of €100 million, sources have told ESPN.

Osimhen, a 21-year-old forward and Gabriel, a 22-year-old defender, travelled from Lille, where they have resumed training, to Italy on Tuesday to start talks with Aurelio De Laurentiis, the Napoli owner and his sporting director, Cristiano Giuntoli.

The offer made by the Serie A club is split €70m for Osimhen and €30m for Gabriel, which meets Lille's asking price.

The two players are set to stay in the south of Italy for a few days where they will hold talks with Napoli manager Gennaro Gattuso and a deal could be finalised quickly.

Two of the revelations of the 2019-20 Ligue 1 season, they are among the most coveted players in Europe this summer and Napoli are edging towards recruiting them, in what would be a great coup for the club.

Nigeria international Osimhen only joined Lille last summer from Charleroi for just €12m but had an excellent season in France with 13 league goals.

Brazil under-23 international Gabriel has also attracted a lot of interest, especially from England. Everton and Chelsea have both spoken to his agents but he is keen to move to Italy.