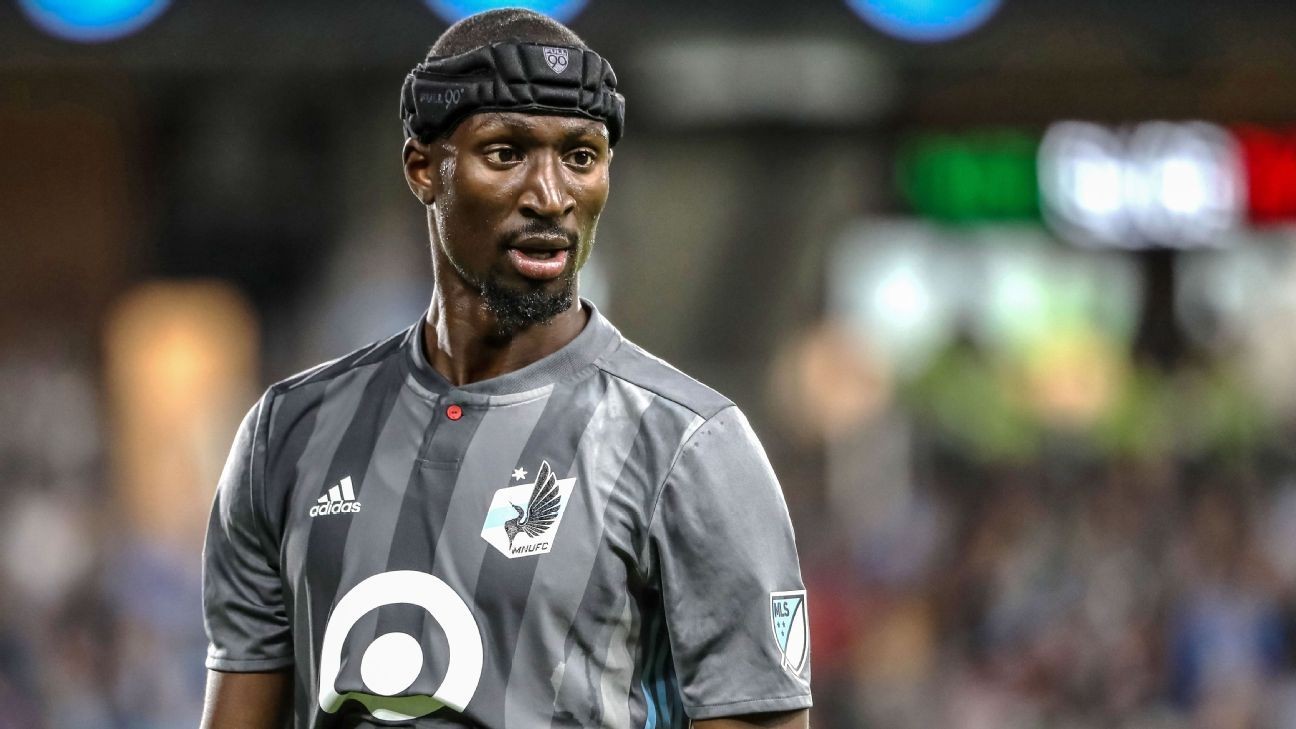 Minnesota United defender Ike Opara didn't travel with the team to Orlando for the MLS is Back Tournament, multiple sources told ESPN.

The sources added that the decision for Opara to remain in Minnesota was due to an undisclosed injury and not COVID-19 related. It remains to be seen if Opara will join up with the team later in the tournament.

(1/2) Before it's reported elsewhere, I want to let the fans know that I am currently not in Orlando with my teammates. I am continuing my physical rehabilitation on a preexisting condition that was agreed upon between the league and MNUFC. I'm sad I'm not there with my guys

The absence of Opara, 31, is a significant blow for Minnesota as it returns to play. He is the reigning MLS Defender of the Year, a two-time winner of the award. Opara has been a mainstay for the Loons ever since he was acquired in a trade prior to the 2019 season, scoring five goals in 39 league, cup and playoff appearances. His performances in the back were vital to Minnesota reaching the MLS Cup playoffs last year for the first time in their brief MLS history.

Overall, Opara has made 214 league, cup and playoff appearances and scoring 22 goals in his professional career. He has previously played for the San Jose Earthquakes and Sporting Kansas City. He helped SKC win an MLS Cup in 2013 and a pair of U.S. Open Cup crowns in 2015 and 2017.

Opara tweeted an explanation for his absence on Thursday, clarifying that he was undergoing "physical rehabilitation on a preexisting condition."

Opara isn't the only high-profile player to not be in Orlando. On Wednesday the LA Galaxy announced that midfielder Jonathan dos Santos will miss the tournament due to hernia surgery. LAFC attacker and league MVP Carlos Vela is also unlikely to play in order to remain in Los Angeles with his pregnant wife.

The absence of the Opara and Dos Santos comes as FC Dallas is dealing with a COVID-19 outbreak within the team, with nine players and one coach confirmed to have tested positive for the virus.