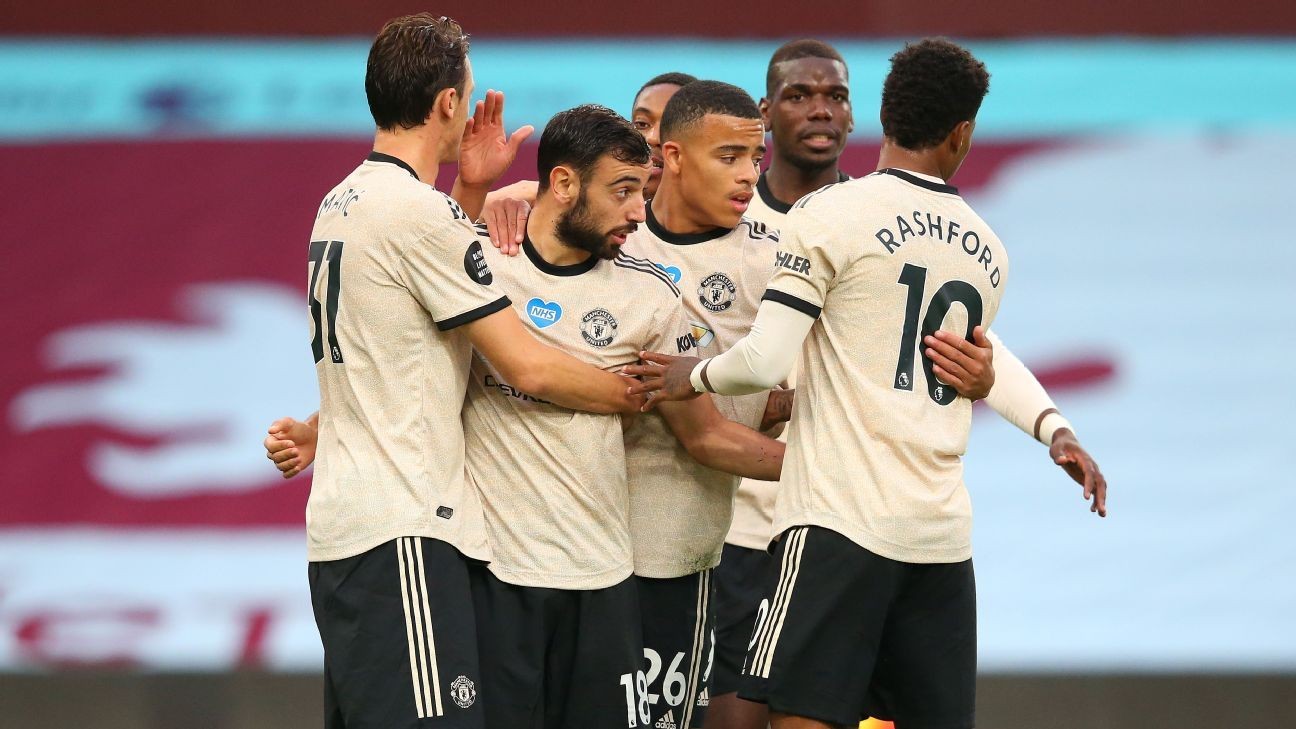 Incorrect penalty decisions were made in all three of Thursday's games by VAR, the Premier League confirmed to ESPN.

Manchester United and Southampton were both awarded controversial penalties while Tottenham were refused one.

Bruno Fernandes was awarded a spot-kick after a tackle from Aston Villa's Ezri Konsa. United have been awarded the most penalties of any team in the Premier League and last night's decision brought them to 13 penalties this season, equalling the record for most penalties ever given in a season.

James Ward-Prowse failed to convert a penalty awarded to Southampton against Everton's Andre Gomes on 27 minutes.

Tottenham, who drew 0-0 with Bournemouth, should have had a penalty when Harry Kane went down heavily in the box following a challenge from Joshua King.

Spurs manager Jose Mourinho said after the game that "everyone in the world" thought his team deserved a penalty.

"The same referee that was the VAR against Sheffield United. In the world, everybody knows that is a penalty. And I say everybody, I mean everybody," he told Sky Sports.

"Like Sheffield, the man of the match was not one of the players. But at Sheffield I could blame myself and the players, today I could not do that."

Video assistant referee Michael Oliver, who oversaw the 0-0 draw with Bournemouth, was also the official when Spurs had a goal ruled out in their 3-1 loss to Sheffield United.

"I can understand Jon [Moss, referee] getting it wrong but I don't know what VAR are looking at," Aston Villa manager Dean Smith said after the match. "They have a screen they can go and look at it but they don't seem to be bothered.

"Fernandes is trying a double drag-back -- his first touch is on the ball, his second touch is on Ezri Konsa's shin."

Everton manager Carlo Ancelotti was equally as unhappy. After the match, he said: "The performance of the referee was like my team, not so good."