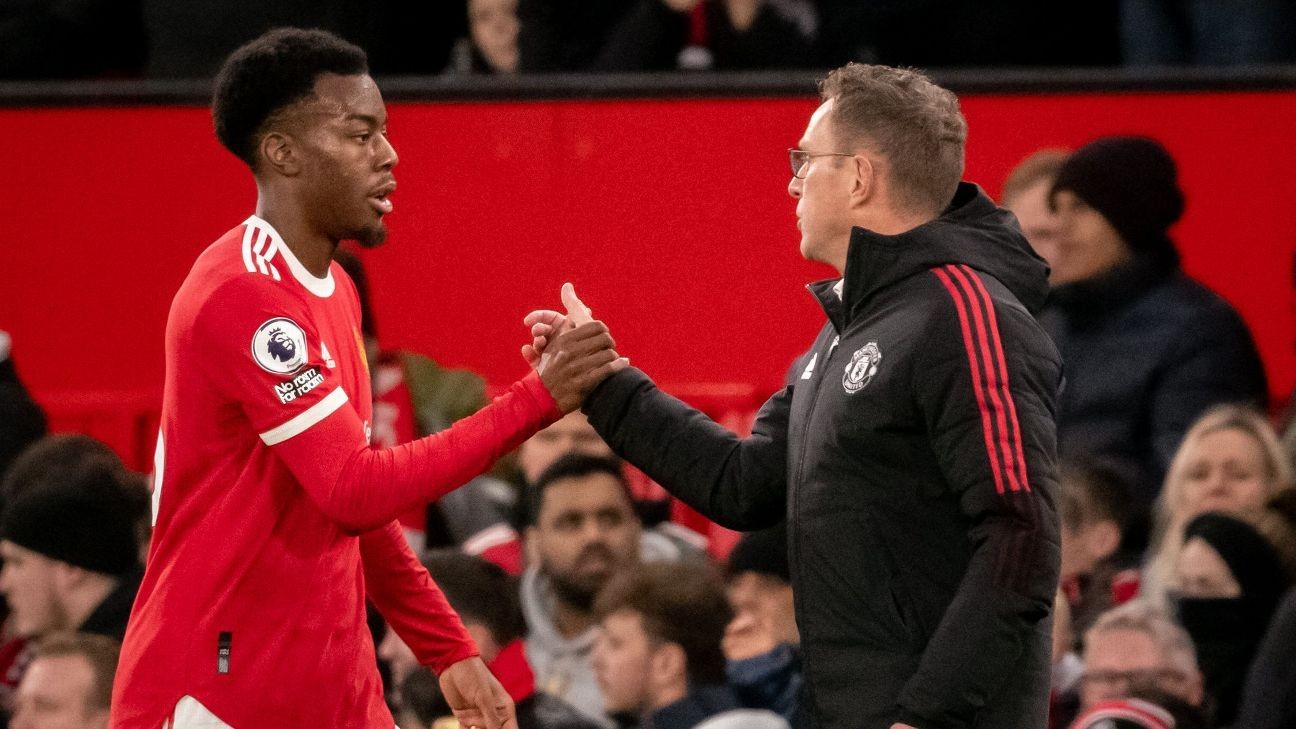 Ralf Rangnick is open to as many as four first team players leaving Manchester United in January because of the emergence of Anthony Elanga, sources have told ESPN.

Anthony Martial has already departed to Sevilla on loan until the end of the season and Rangnick is relaxed about the prospect of also losing Jesse Lingard, Donny van de Beek and Amad Diallo before Monday's transfer deadline.

Newcastle remain interested in Lingard while Van de Beek has been offered to a number of clubs including Crystal Palace.

Talks are ongoing with Palace about a loan for Van de Beek but there is also interest from clubs in Spain and Italy. United are keen to receive a loan fee before letting the Dutchman leave and will ask that his wages are covered as part of any deal.

Amad, 19, is set to join Rangers until the end of the season.

Rangnick was initially reluctant to sanction so many exits halfway through the season but the performances of Elanga have convinced the German he would still have enough options to navigate games in the Premier League, FA Cup and Champions League.

The 19-year-old has started United's last three games and scored in the 3-1 win over Brentford.

Sources have told ESPN that loan interest in the Sweden Under-21 forward this month has been firmly dismissed.

Ralf Rangnick is relaxed about losing four players thanks to the emergence of Anthony Elanga. Photo by Ash Donelon/Manchester United via Getty Images

Rangnick expects Elanga to play a number of games between now and the end of the season and will compete with Marcus Rashford, Jadon Sancho and Mason Greenwood for one of the wide positions in his 4-3-3 system.

Paul Pogba's return after more than two months out with a thigh injury will also boost Rangnick's squad. The Frenchman will be a free agent in the summer but will not leave this month.

The midfielder has been training in Dubai during the winter break and is in line to make his comeback against Middlesbrough in the FA Cup fourth round on Feb. 4. The squad are expected back in training at Carrington on Saturday to begin preparations for the game.