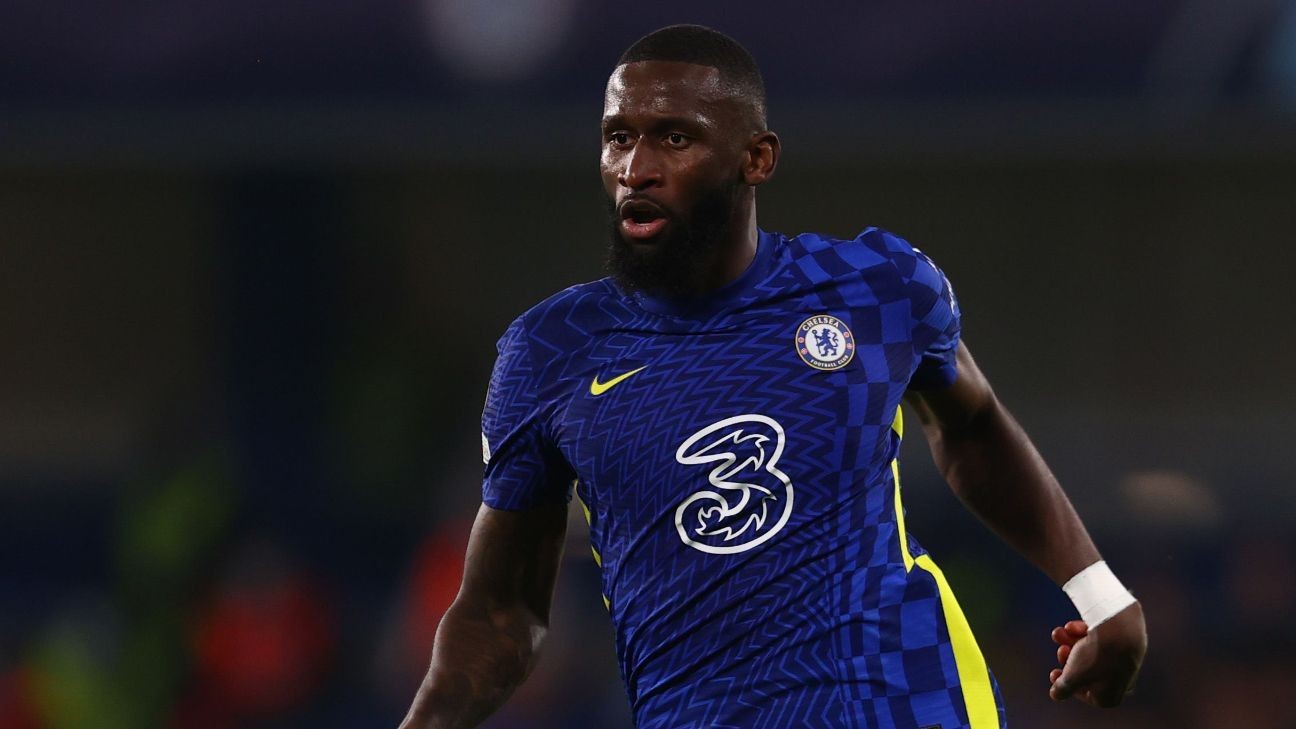 Real Madrid and Bayern Munich are among the top European clubs growing increasingly confident of being able to secure a deal for Antonio Rudiger as his contract stalemate continues at Chelsea, sources have told ESPN.

Rudiger, 28, is in the final year of his deal at Stamford Bridge but talks over an extension have reached an impasse.

Sources told ESPN that Rudiger is open to staying and Chelsea are keen on retaining his services but the two parties are some way apart in their valuations of a new deal.

The centre-back wants to more than double his £100,000-a-week wage but Chelsea have so far shown no willingness to increase his salary beyond £150,000-a-week.

The situation is complicated further by huge wages potentially on offer elsewhere given clubs will be able to sign Rudiger without paying a transfer fee next summer.

Sources claim Real, Bayern, Juventus and Paris Saint-Germain are among a number of sides closely monitoring the Germany international, who has been in fine form for Thomas Tuchel's side since the start of the season.

He will be free to talk to overseas clubs directly from Jan. 1 and although there is a deadlock, Rudiger said during the recent international break that he is relaxed about his future.

"The interest honours me," he said. "That shows that I've done a few things right recently but I don't let myself be distracted. I have an obligation to my club to perform well.

"I have to prove myself every game and not let myself be distracted by rumours. I make my decisions for myself. They don't depend on anyone. I feel good where I am."