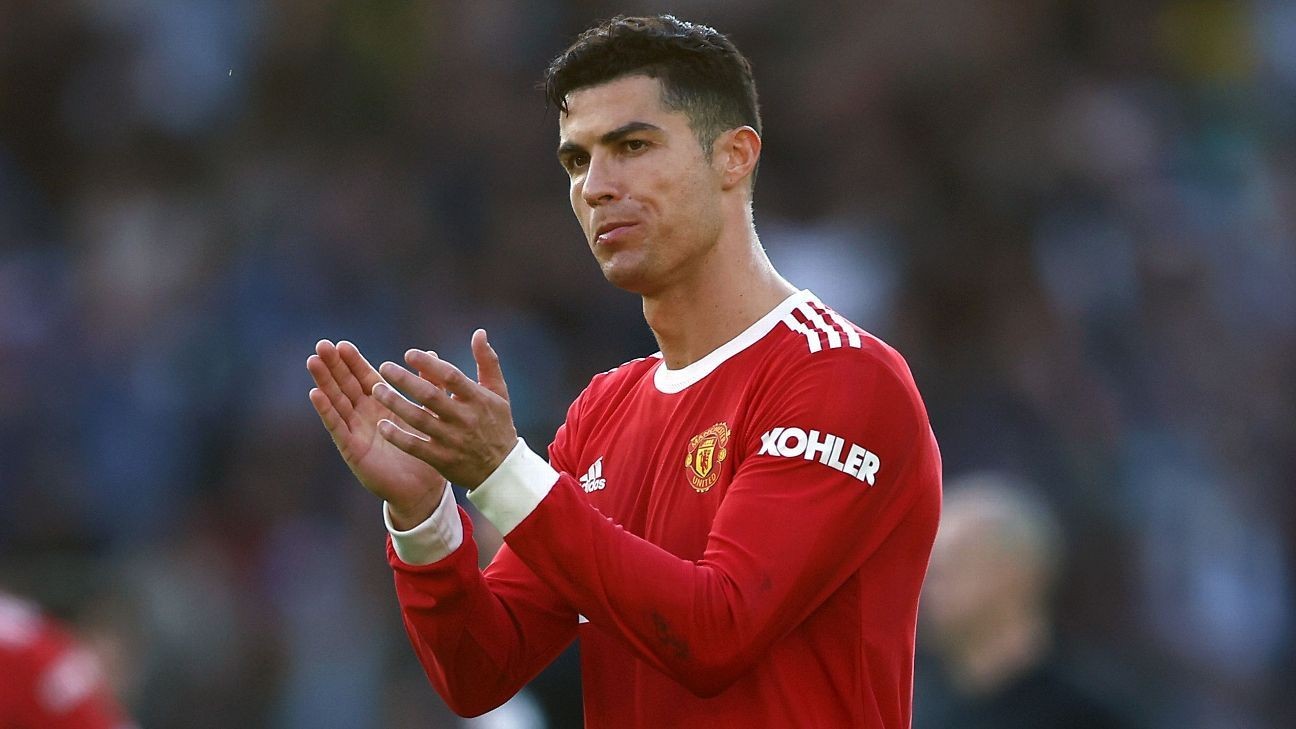 Cristiano Ronaldo will not train with Manchester United on Monday after the club gave him permission to delay his return because of "family reasons," sources have told ESPN.

United's international players are due at Carrington to start their preseason schedule having been given an extra week off by manager Erik ten Hag after being involved in games for their countries in June.

Ronaldo, however, has been allowed an extended break. The squad are due to fly out for the start of their preseason tour of Thailand and Australia on Friday.

The news comes after sources told ESPN that the 37-year-old informed Old Trafford bosses that he wishes to leave the club this summer.

Ronaldo, who hit 24 goals last season, is keen to play in the Champions League and has doubts about United's ambition to challenge for top trophies.

Sources have told ESPN that Chelsea, Bayern Munich and Napoli are among the club's interested.

United insist Ronaldo is not available for transfer and that they "want and expect" him to be part of Ten Hag's squad next season.

Ten Hag has switched his attention to signing a versatile forward rather than a No. 9 this summer after missing out on Darwin Nunez to Liverpool and losing Ronaldo would leave the Dutchman with just Marcus Rashford and Anthony Martial to lead the line.

Meanwhile, sources have told ESPN that United expect to complete the signing of Tyrell Malacia on Monday.

The left-back is at Carrington to undergo the second part of his medical ahead of his move from Feyenoord. The 22-year-old is set to become the first signing under Ten Hag and should be part of the squad which departs for Bangkok on Friday.