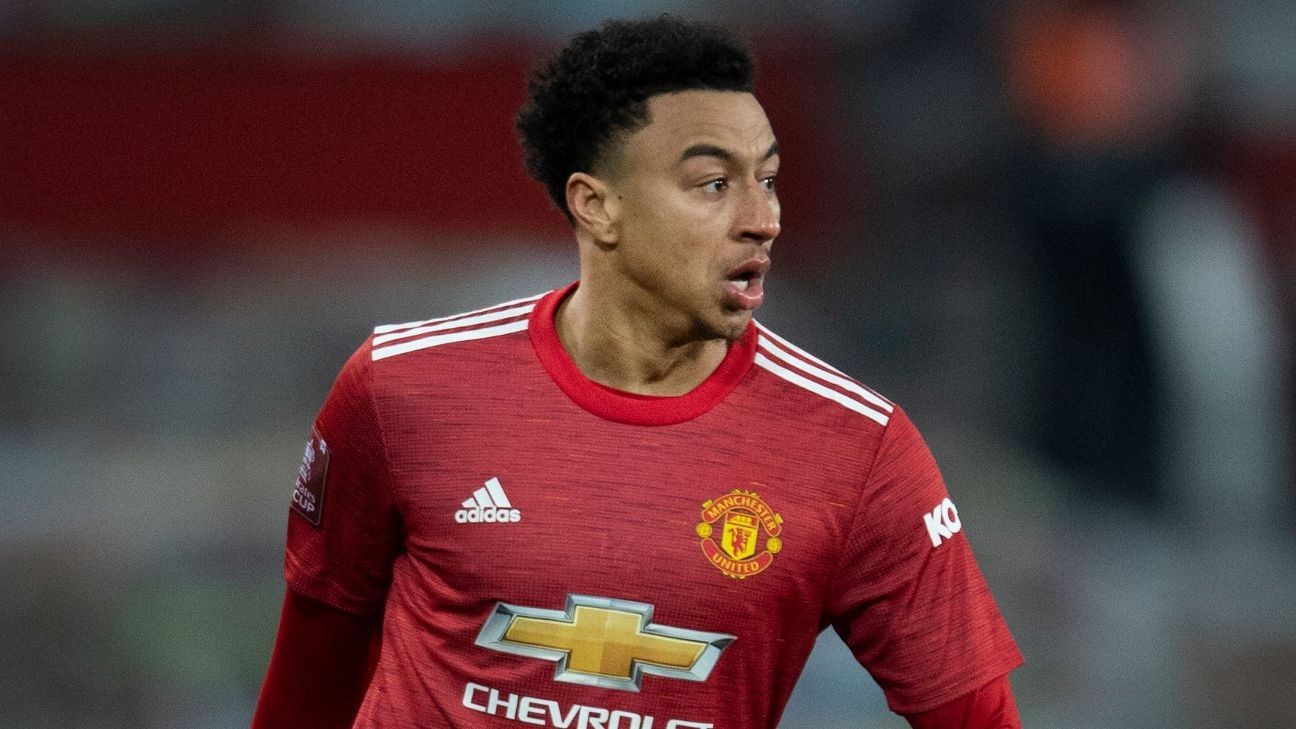 Ole Gunnar Solskjaer has sanctioned Jesse Lingard's loan move from Manchester United during the January transfer window and the final decision now rests with the club's board, sources have told ESPN.

Solskjaer has been keen to keep Lingard at Old Trafford ahead of a busy second half of the season but, after talks with the midfielder, has agreed he should be allowed to move to find regular first-team football.

Despite significant interest from abroad, Lingard, 28, is keen to stay in the Premier League and Newcastle United, Tottenham Hotspur, West Ham United, Sheffield United and West Bromwich Albion are among a host of suitors.

England manager Gareth Southgate and assistant Steve Holland have given glowing references to a number of managers after Lingard played a key role in the run to the World Cup semifinals in 2018.

A final decision about Lingard's immediate future is set to be made in the coming days. Lingard has found opportunities hard to come by this season, featuring three times and starting twice.

His two starts have come in the cups, against Luton in the Carabao Cup in September and against Watford in the FA Cup earlier this month. He is yet to play in the Premier League this season and was last included in the match day squad for a league game against Aston Villa on New Year's Day.

United triggered a one-year extension in Lingard's contract before Christmas that will keep him at the club until 2022 but he is desperate for first-team football and has asked for permission to leave on loan.

He has scored 33 goals in 210 games for United since coming through the academy and making his debut under Louis van Gaal in 2014. He scored crucial goals in the 2016 FA Cup final under Van Gaal and the 2017 League Cup final under Jose Mourinho.

Capped 24 times by England, sources have told ESPN that Southgate and Holland are keen for Lingard to get regular games and put himself back into contention for the national team.