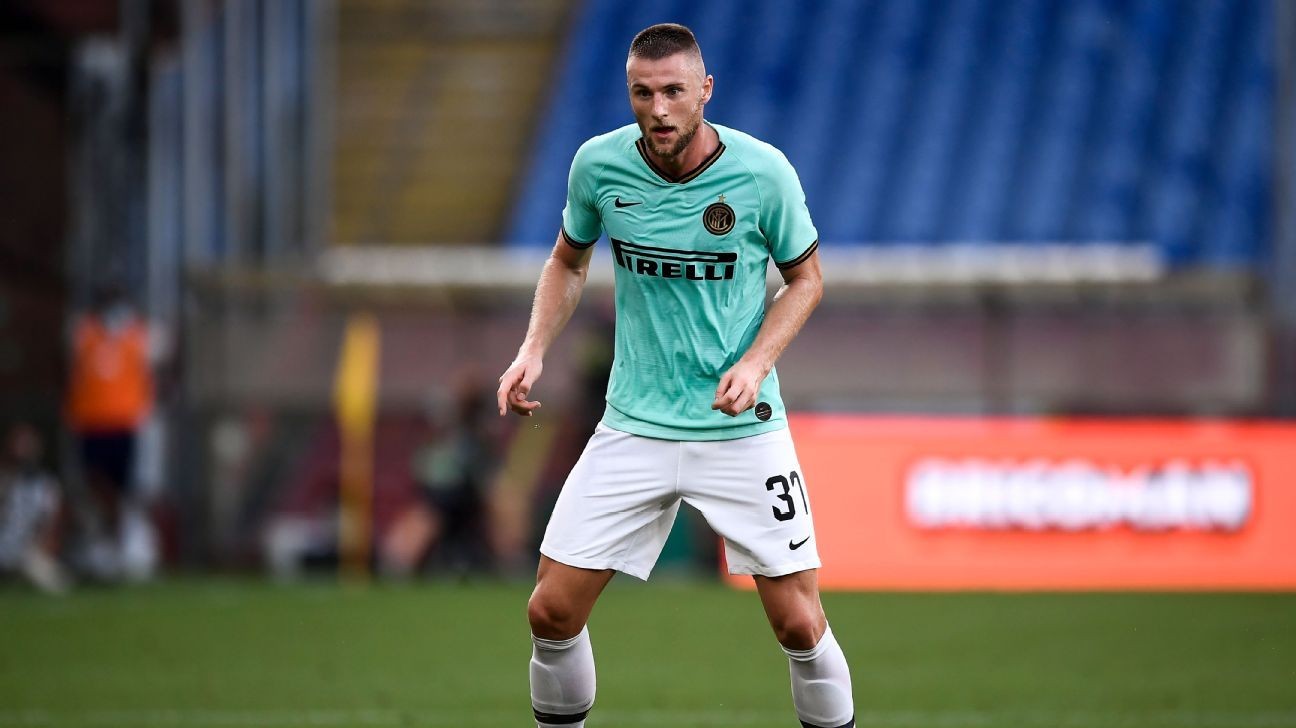 Tottenham are interested in signing Inter Milan centre-back Milan Skriniar but the Serie A club are holding out for a fee of €60 million, sources have told ESPN.

Spurs head coach Jose Mourinho is keen to strengthen his defensive options before the transfer window closes next month and the club's head of recruitment Steve Hitchen was pictured in Milan on Wednesday to discuss a deal for Skriniar.

However, Tottenham would prefer an initial season-long loan deal for the 25-year-old, having committed £25m in signing Sergio Reguilon from Real Madrid in addition to around £11m in wages to bring Gareth Bale back to north London.

Inter are determined to stick to their valuation and that figure represents a major stumbling block in negotiations with Spurs needing to sell fringe players in order to fund further moves in the market.

The Slovakia international is believed to be keen on a move to the Premier League and is willing to join Spurs if an agreement can be reached.

Skriniar has made 128 appearances for Inter since joining from Sampdoria in January 2016 but was an unused substitute in last month's Europa League Final as Inter lost 3-2 to Sevilla.