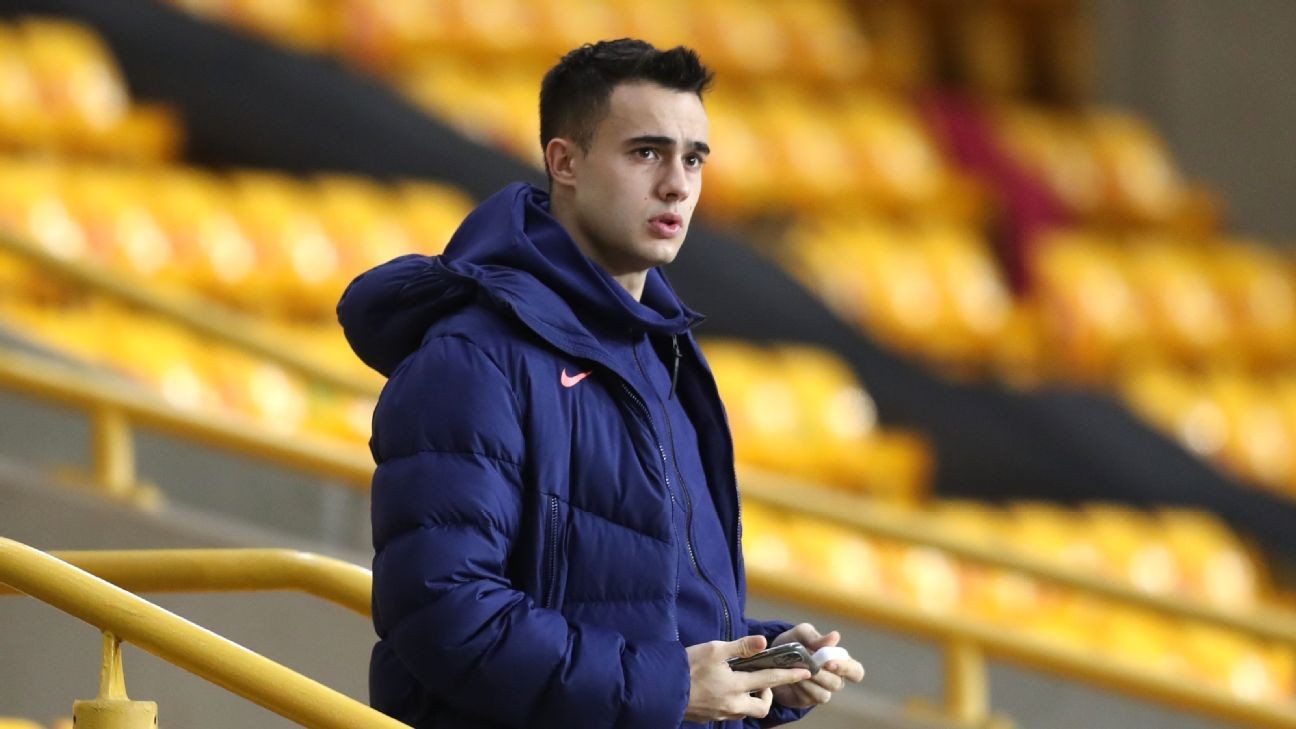 Spurs had condemned the trio in a strongly-worded statement after pictures emerged showing them attending a gathering alongside West Ham midfielder Manuel Lanzini on Christmas Day.

Restrictions prevent households mixing indoors together and head coach Jose Mourinho said he was "disappointed" by the "negative surprise," not least after buying Reguilon a "Portuguese piglet" as a special gift because he believed the defender would be on his own at Christmas.

ESPN reported on Monday that all three players were expected to be fined and it is understood that is now the case. When contacted by ESPN, Spurs only maintained the situation would be dealt with internally.

Mourinho has already confirmed Lamela will miss Tuesday night's EFL Cup semi-final against Brentford, while Lo Celso is sidelined until February due to a hamstring problem.

Reguilon was an unused substitute in Saturday's 3-0 win over Leeds United which came just hours Spurs released the following statement: "We are extremely disappointed and strongly condemn this image... we regularly remind all our players and staff about the latest protocols and their responsibilities to adhere and set an example."