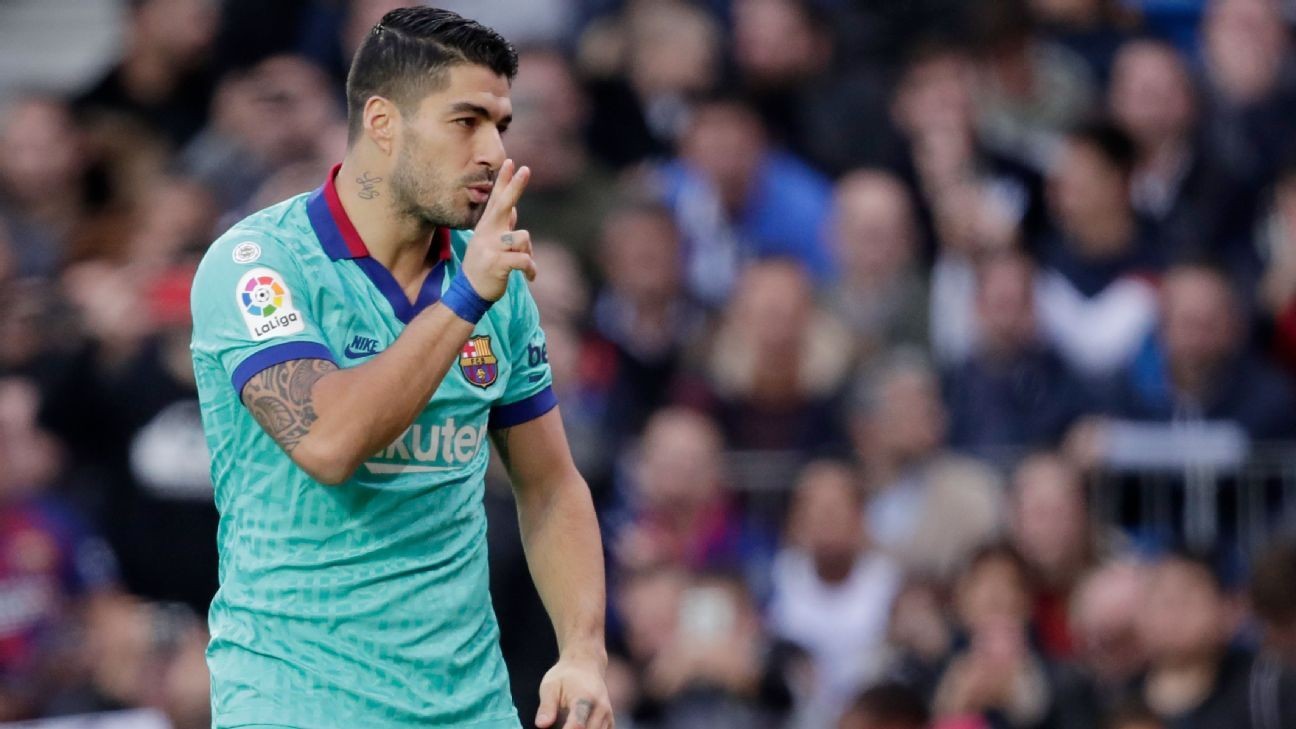 Luis Suarez's move to Atletico Madrid is back on after the striker's legal team reached an agreement in principle to terminate his contract with Barcelona, sources told ESPN.

A new deal had to be struck after Barca back-pedalled on the original agreement made on Monday when it emerged Suarez was close to signing for Atletico.

The original terms would have allowed Suarez to leave for free in exchange for the Uruguay international giving up a percentage of the final year of his contracted salary at Camp Nou. In addition, he would not have been allowed to join certain clubs stipulated in the agreement.

Atletico did not feature among those clubs he could join, leading Barca to backtrack when it emerged their third-highest scorer of all time could potentially join a La Liga title rival for nothing.

Suarez, 33, was furious and sources told ESPN he was prepared to speak out on the issue, but that will not be necessary following further developments on Tuesday.

Sources were unable to confirm the exact terms of the new agreement, but some reports say Atletico will not pay Barca an initial fee for Suarez and instead will pay a number of performance-related variables.

New coach Ronald Koeman told Suarez he was not in his plans when he took over last month. He has not been involved in any of Barca's three preseason friendlies as negotiations continued over the termination of his contract.

He turned down the chance to join Inter Miami and become the highest-ever earner in Major League Soccer history, while a move to Juventus also fell through.

Suarez's switch to Juve was dependent on him obtaining Italian citizenship, which unravelled on Tuesday when it emerged a language exam taken in Perugia last week is under investigation from prosecutors amid irregularities.

The Barca forward is not under investigation himself.

Atletico had always been waiting in the wings, with coach Diego Simeone particularly keen to bring him in. Alvaro Morata's loan move to Juve, confirmed on Tuesday, opened up room on the wage bill to sign Suarez.

The move draws parallels with David Villa's switch from Barca to Atletico in 2013. With Villa up front, Simeone's side won the La Liga title and reached the Champions League final.

Suarez is set to leave Barca after six successful years at the club. He's scored 198 goals since signing from Liverpool for around €75 million in 2014.