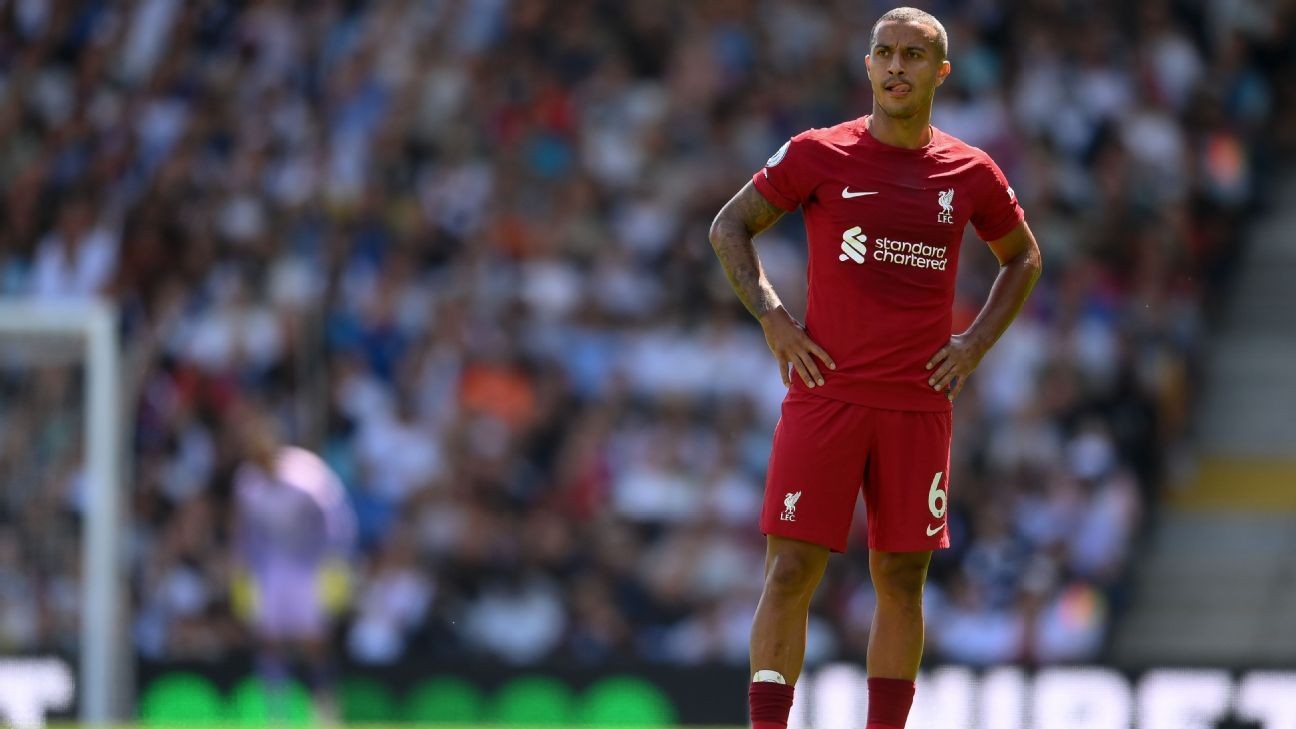 Liverpool midfielder Thiago Alcantara will be out of action for up to six weeks because of injury, sources have told ESPN.

The Spain international limped off the pitch early in the second half with a suspected hamstring strain during Saturday's 2-2 Premier League draw at Fulham.

Thiago's injury comes at a bad time for Liverpool, who are still without midfielders Alex Oxlade-Chamberlain and Curtis Jones.

"This isn't a good situation. I don't like it at all. We have to see how we react on that, but for sure not panic," Liverpool coach Jurgen Klopp said.

The transfer window closes on Sept. 1 but Klopp indicated Liverpool will not make a rash decision regarding signing new players.

"A transfer must make sense now and in the long-term," he said. "We have eight midfielders. We still have enough midfielders. It's not that we lack midfielders, it's just some of them are injured."

Thiago, 31, will miss multiple games, including the Merseyside derby against Everton at Goodison Park on Sept. 3.

He could return in time for Liverpool's league game at Chelsea on Sept. 18.