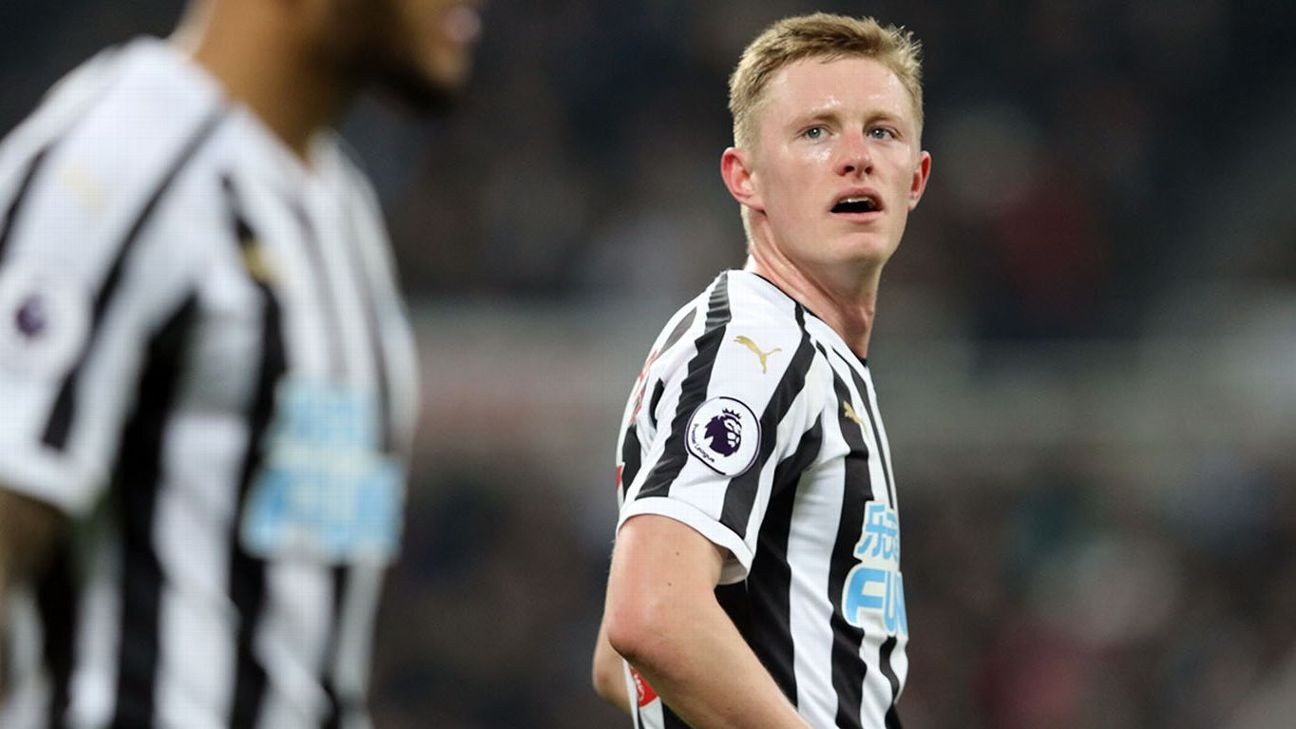 With no director of football in sight for Manchester United, the FC guys debate whether Ed Woodward's transfer-by-committee method still works.

Gab Marcotti outlines the reasons for the delay in Romelu Lukaku's proposed move to Inter from Manchester United.

Steve Nicol weighs in on the latest transfer rumours, including Paul Pogba back to Juventus, Gianluigi Donnarumma to PSG, Joao Cancelo to Man City and more.

Manchester United remain interested in signing Sean Longstaff despite the midfielder saying he is happy at Newcastle, sources have told ESPN FC.

Longstaff has been targeted by United manager Ole Gunnar Solskjaer as he looks to bring in the best young British players in a squad revamp.

- When does the transfer window close?
- Check out all the completed transfers

In an interview with Newcastle's TV channel the 21-year-old stated his intention to remain at St James' Park, but sources told ESPN FC United were still confident of convincing him to move if a fee could be agreed.

"I'm massively flattered to have my name even mentioned in those conversations, but I'm 100 percent focused on Newcastle," Longstaff said.

"I've always wanted to play for Newcastle and I've only had a little taste of that, so for me it's about getting fit [after a knee injury] as soon as I can and getting back on the pitch for Newcastle."

United's pursuit of Longstaff has been complicated by uncertainty at Newcastle.

Billionaire Sheikh Khaled bin Zayed Al Nehayan is in negotiations to buy the club from Mike Ashley, while the future of manager Rafael Benitez is up in the air with his contract expiring on June 30.

Longstaff, who has only made eight Premier League appearances for his boyhood club after loan spells at Kilmarnock and Blackpool, was given his first-team debut by Benitez in December.

Meanwhile, United are pushing ahead with a move for Crystal Palace right-back Aaron Wan-Bissaka.

An opening bid of around £35 million was knocked back, but United are prepared to up their offer for the 21-year-old.