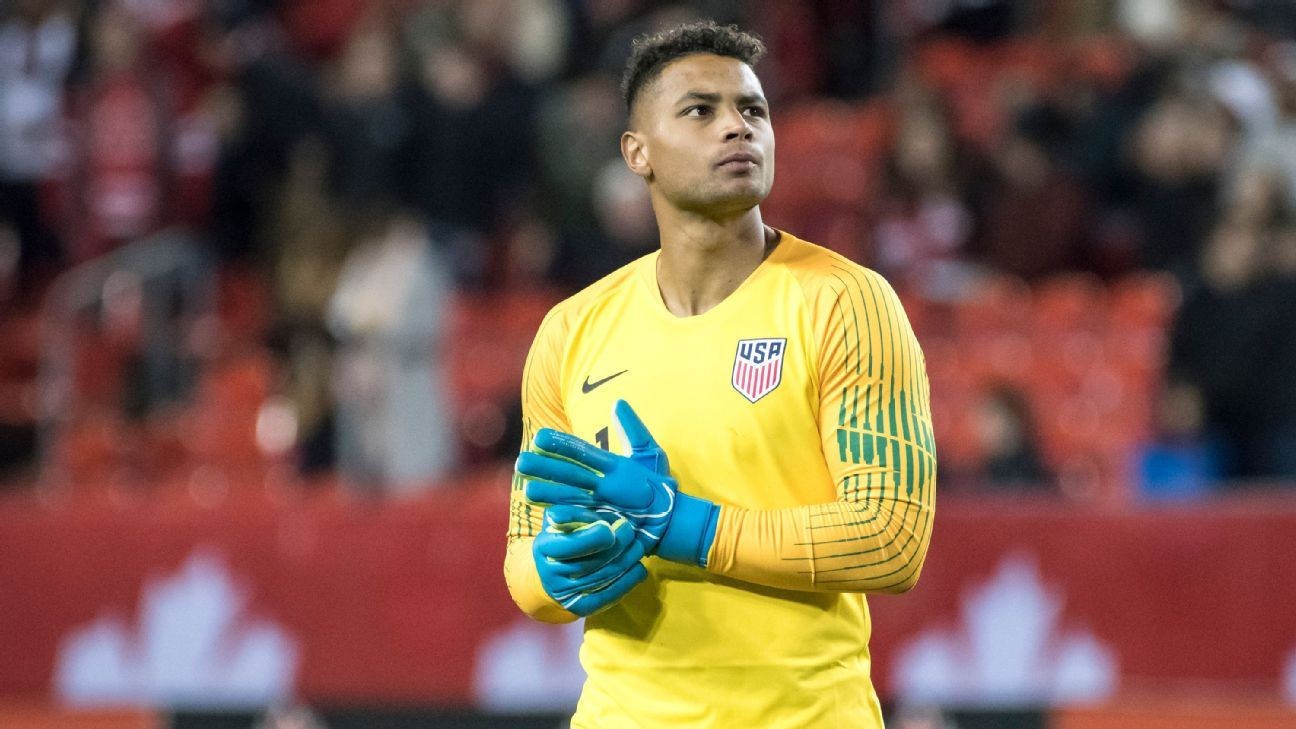 The 25-year-old spent the 2019-20 season with Fortuna Dusseldorf but missed the second half of the season with a patellar tendon problem.

In summer 2019, Steffen returned to Europe for the second time in his career when he left Columbus Crew to join Manchester City for a reported fee of around €7 million. He had previously spent 18 months with German club SC Freiburg between January 2015 and July 2016.

However, the U.S. goalkeeper did not immediately qualify for a United Kingdom work permit and was loaned out to Bundesliga side Fortuna Dusseldorf where he was first-choice.

But having slowly made his name in the Bundesliga during the first half of the season, injury problems ruled him out for the Ruckrunde, the second half of the campaign, and on the final day of the season Dusseldorf dropped to the direct relegation spot.

To avoid a potential injury and to not shake up things in the Dusseldorf defence, it was agreed between all sides that Steffen would return to the U.S. early, sources told ESPN.

While several Bundesliga clubs were interested in his services, he has now also qualified for a work permit for the United Kingdom and will join City as the second-choice goalkeeper behind Ederson.

Steffen is set to replace Claudio Bravo on the City bench.