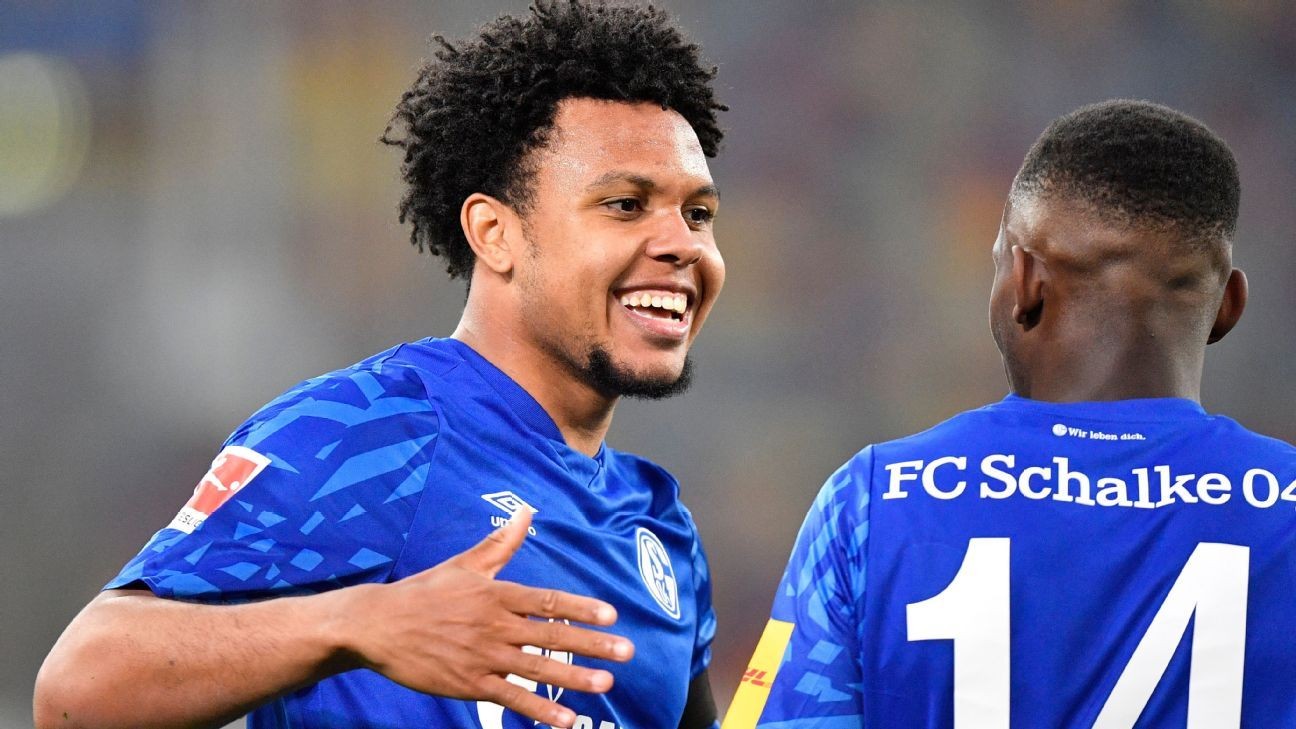 McKennie, 21, was one of the few Schalke players to not see his stock drop following a run of 16 Bundesliga games without a win this season.

No longer 100% happy at Schalke, the versatile McKennie -- who is one of the club's biggest assets -- would be in favour of leaving if the Royal Blues wish to sell him and his new club proves a good fit, sources say.

A report by German outlet Sport1 has already linked McKennie, who could command a fee between €20-€25 million, with Hertha Berlin and fellow Bundesliga side VfL Wolfsburg also a possible option.

"A departure can not be ruled out," Schalke sporting executive Jochen Schneider said on Wednesday. "I can't say it 100% right now. It's a fact that Weston prolonged his contract through to 2024 last year."

This season, McKennie has been asked to play in several different positions -- central attacking midfielder, holding midfielder and centre-back.

The change of positions has been a common theme throughout his first few years as a professional. In 91 competitive appearances since his May 2017 debut, McKennie has played in eight different spots on the pitch. A pressing force and strong in the air, McKennie's build-up play, however, proved to be one of his weakness when dropping deep behind the central defence. He now fancies himself as a No. 8 on the pitch going forward.

Schalke on Wednesday announced they must reduce costs amid financial difficulties which were worsened by two factors in recent months. The club missed out on European football for the third time in four years this campaign and they were also hit hard by the impact of the coronavirus pandemic. In March, the club announced they ran up almost €200m in debt and the pandemic left them battling to remaining existence in April.

Current Hertha Berlin coach Bruno Labbadia was reportedly interested in signing McKennie when he was in charge of Wolfsburg. And Hertha this week received another €150m cash injection from investor Lars Windhorst, who wants to turn the mid-table side into a permanent participant in the Champions League. And the club have an opening in midfield after Marko Grujic returned to Liverpool following his two-year loan at Hertha.