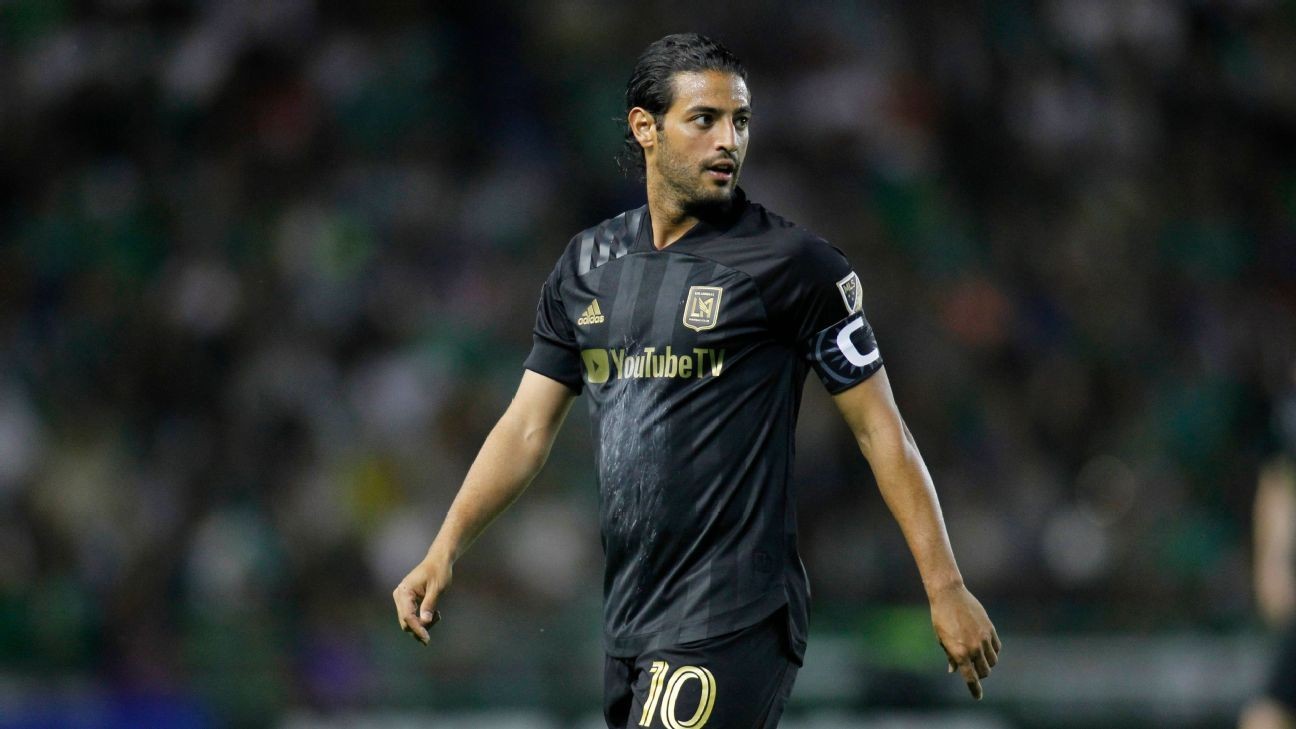 LAFC forward and reigning MLS MVP Carlos Vela is leaning towards not participating in the MLS Is Back Tournament, but his decision, as of Tuesday night, is "not 100 percent certain," according to a source with knowledge of the situation.

- Stream MLS is Back LIVE on ESPN networks and the ESPN app (U.S. only)

Vela, whose wife is pregnant, has long been an unlikely participant in the tournament. The league's setup on the grounds of Walt Disney World prohibits friends of family from staying inside the bubble meant to protect teams from the coronavirus.

In a tournament manual given to players prior to arriving in Orlando, the league states: "Access to the ESPN Wide World of Sports Complex ["the complex"] and the Swan and Dolphin Hotels ["the Resort"] will be restricted to a limited number of MLS players and essential personnel ["Tournament Personnel"] and be tightly controlled."

The absence of Vela would amount to a significant blow for LAFC. He has scored 57 goals in 72 league, playoff and cup appearances. However, the Black-and-Gold would still be among the tournament favorites. LAFC are the reigning Supporters' Shield holders, emblematic of the best regular season record, and returned the bulk of the squad this season.