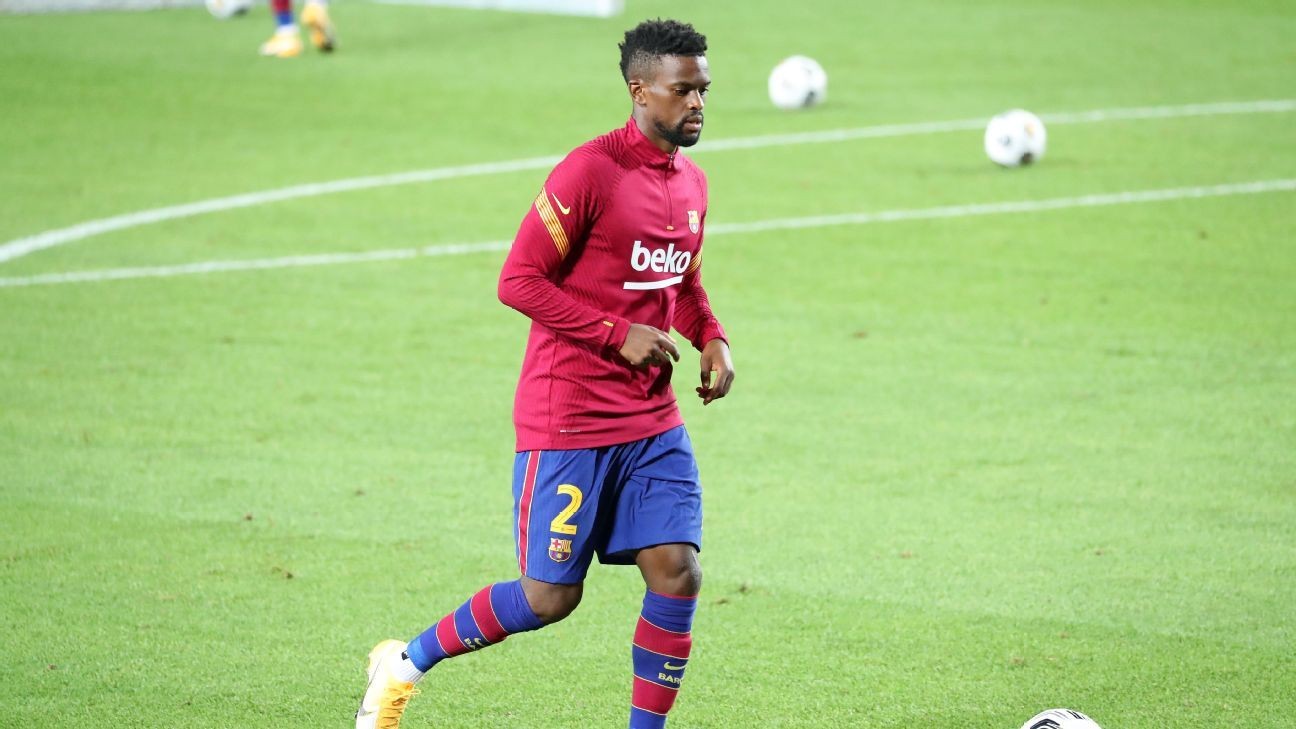 Barcelona defender Nelson Semedo is set to join Wolves in a deal worth around €40 million, sources have confirmed to ESPN.

Semedo, 26, is expected in England in the coming days to finalise a move to the Premier League side, with Barca also keen on Ajax's Sergino Dest and Norwich City's Max Aarons as potential replacements.

Wolves have been in the market for a right-back since selling Matt Doherty to Tottenham earlier this summer. Barca's desire to sell Semedo, plus the fact he's represented by Jorge Mendes, who has a big influence at Wolves, made the Portugal international an obvious target.

Barca coach Ronald Koeman has made it clear he prefers Sergi Roberto to Semedo, with the former playing all 90 minutes in Saturday's friendly win against Elche.

Semedo joined Barca from Benfica for an initial €30m in 2017 but has never made the right-back position his own, despite making 124 appearances for the club.

Atletico Madrid came close to signing him last summer but then coach Ernesto Valverde vetoed a deal which would have seen him leave Camp Nou for the Spanish capital.

Barca will look to use the money raised from Semedo's sale to strengthen in defence. Dest and Aarons are both targets but sources say the club will not overpay.

Sources close to Dest have told ESPN that Bayern Munich lead the chase for the United States international, while Norwich have so far rejected Barca's advances for England under-21 international Aarons.

Barca are also still hopeful of signing Manchester City centre-back Eric Garcia, who is out of contract next summer.

The club needed to sell before being able to buy and Semedo's departure will help them with the rebuild president Josep Maria Bartomeu promised after the 8-2 Champions League defeat to Bayern last month.

Meanwhile, Arturo Vidal is finally expected to complete his move to Inter Milan on Sunday, following midfielder Ivan Rakitic out the door and further helping to reduce the club's wage bill.